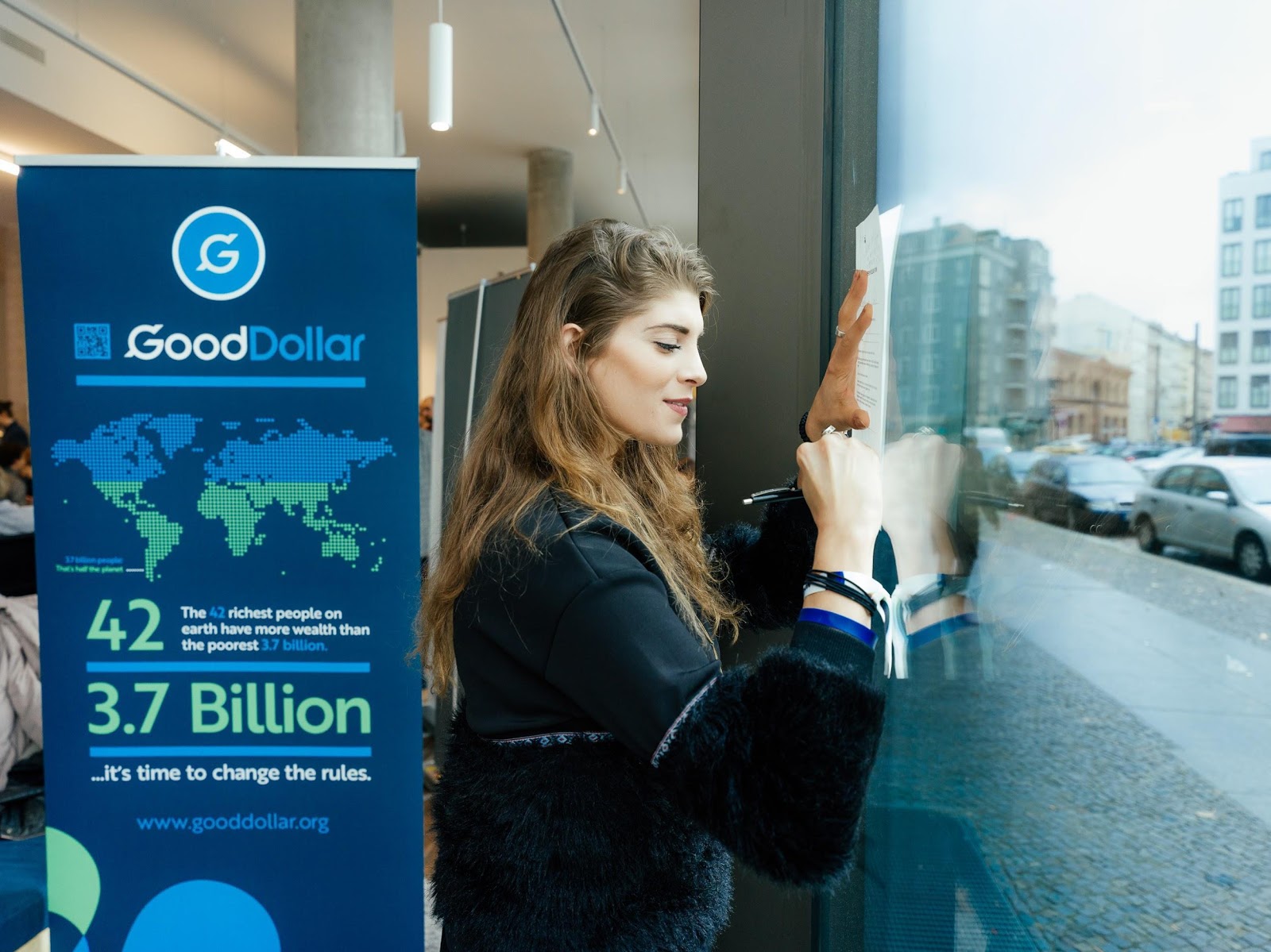 At Web Summit 2018, in early November, Yoni Assia, Chief Executive of eToro, announced the launch of GoodDollar: an ecosystem-led project that explores how cryptocurrency and blockchain technology may reduce inequality through models based on universal basic income (UBI).

Less than two weeks later, on November 19, GoodDollar’s first community event took place, in Berlin, and was designed to establish an OpenUBI ecosystem. The day-long conference, titled OpenUBI in the Crypto Age, gathered like-minded people seeking to reduce wealth inequality from around the globe.

The event, held at the office of amatus. in the north of the German capital, attracted numerous leading lights in this space from all over the world. It was part of Revision Summit 2018, a social-impact technology conference, and sponsored by eToro, the leading global social trading and investing platform that is funding $1 million towards GoodDollar.

The OpenUBI community has been formed to encourage collaboration and discussion around UBI and its technological implementation. “Anyone can join, because we are building a decentralised community,” says Gilad Barner, GoodDollar’s community and operations manager. 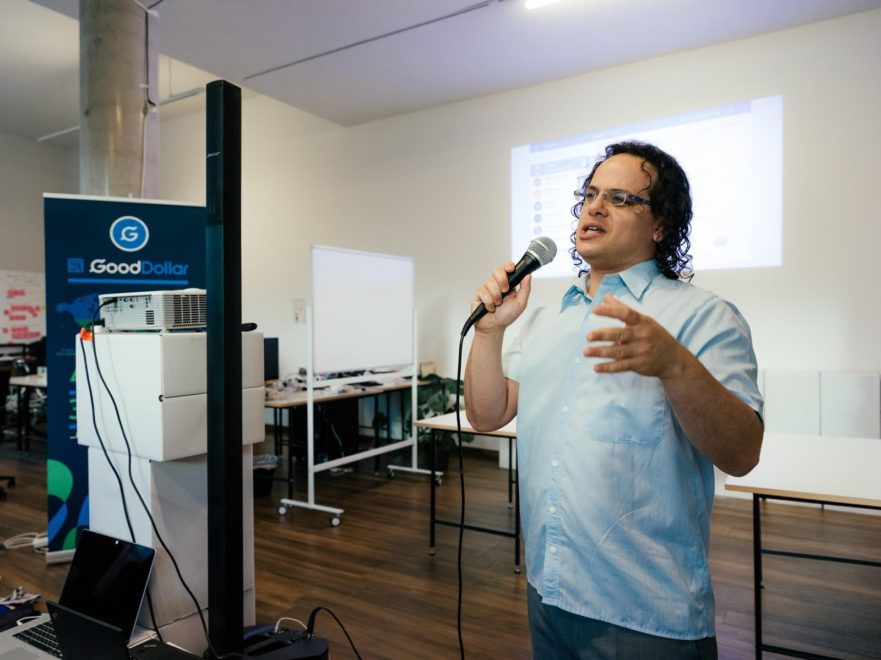 He travelled from Tel-Aviv and organised the launch event in Berlin, along with Anna Blume and Christian Hildebrand, founders of Value Instrument, an organisation designed to stimulate economic activity in communities. During the event, an interactive demonstration of the Value Instrument alpha product was held, which illustrated an unusual approach of digital UBI via a chat application.

“Berlin has a very vibrant, pioneering, UBI-aware community,” continues Mr Barner. “There are a lot of projects happening in this space in the city.”

For example, one project is Circles, an electronic cryptocurrency that aims to create and distribute a globally accessible UBI. Julio Linares and Karenina Schröder, from the Berlin-based organisation that utilises a network of enthusiasts and volunteers, provided lectures on their work. Karenina’s enlightening talk focused on the rise of women in blockchain and specifically the OpenUBI space.

Two afternoon panel sessions – discussing governance and identity challenges of both crypto and UBI – particularly sparked debate, and ideas. Panellists talked about how individuals and groups should work together in this area. Moreover, project leaders left the conference with a much better idea of how to collaborate, and who with. 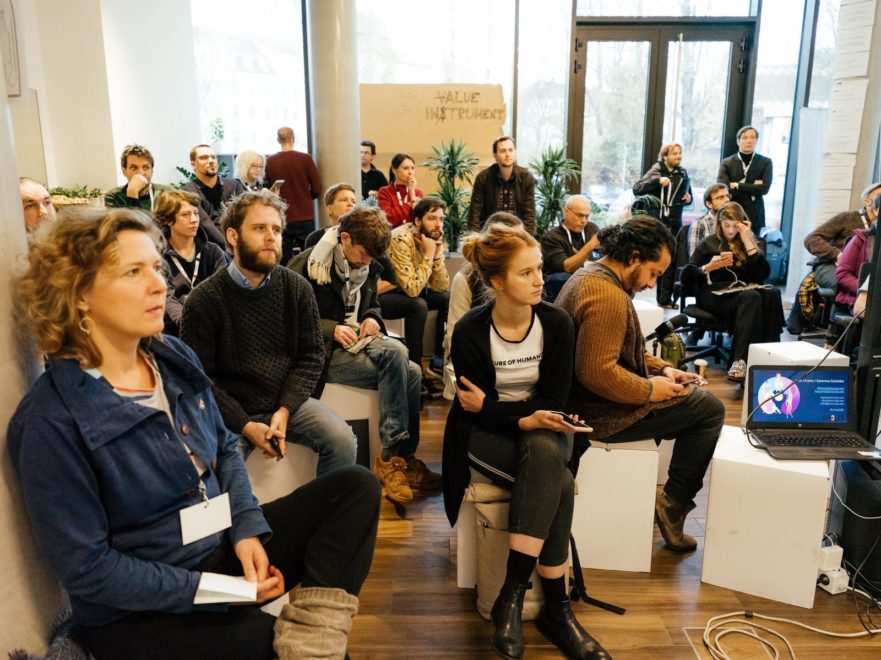 One delegate, Kingsley Advani, founder and partner at Chainfund Capital, said: “We have never had such an opportunity or a platform to be able to provide UBI at scale. In this day and age we have the technology, and with the blockchain, companies like GoodDollar can provide UBI to those with the greatest need. We also have the potential to audit UBI. We can track if a family in Africa has received UBI and in the future, we can follow what they use the proceeds for.”

Another attendee, meditation facilitator Thorsten Wiesmann, was similarly enthusiastic about OpenUBI. “Evolution of humanity goes to a direction where we need to be conscious of our choices on an ethical level, much more than ever before, with artificial intelligence and other developments. Cryptocurrencies and UBIs, these are tools, or playgrounds, you might call them, to find out solutions that work for everyday life and for the society as a whole,” he said.

“The first get-together event was very well received and very successful,” continues Mr Barner. “People were hugely excited to meet one another, and itching to start collaborating on projects. It was great to see attendees realising there truly is an ecosystem. It was proof that this is possible.”

“Many individuals, all around the world, are coming to the conclusion that UBI solutions need to be explored. There is no reason why they should not work together, and if they do it will be much more efficient. A lot of meetings were generated from the conference.” 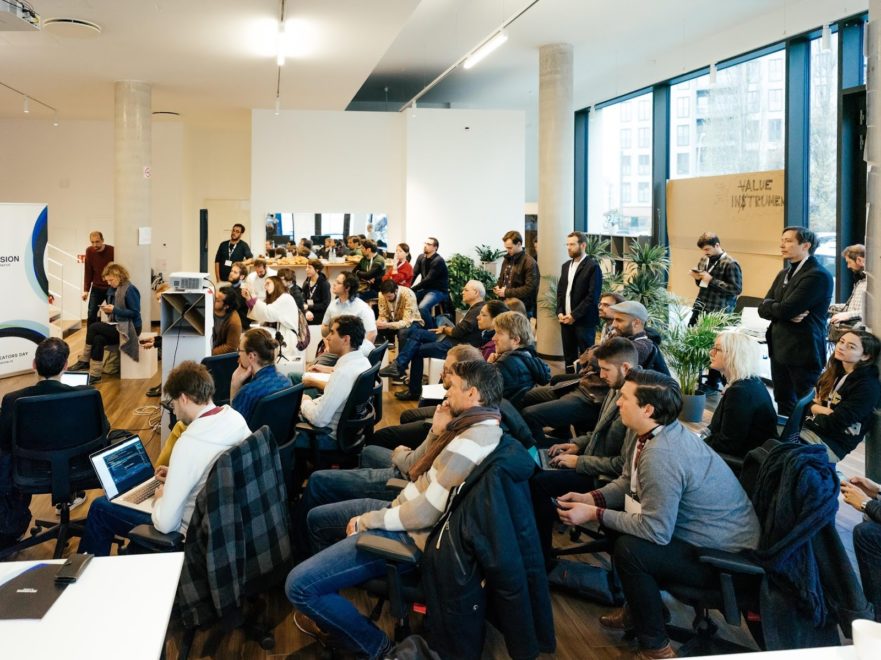 Mr Assia was also greatly encouraged by the OpenUBI event in Berlin. He hopes this movement will encourage communication and collaboration within this space, and be the catalyst for GoodDollar and other UBI projects to be developed, which is the ultimate goal. “I was excited to see the ecosystem collaborating, and feel confident that OpenUBI will lead to significant breakthroughs and the creation of amazing products in this space,” he says.

The Berlin conference marked the first cornerstone of the OpenUBI community, according to Mr Barner. He will be in London later on this week, on December 13, moderating a GoodDollar panel at The Next Web’s Hard Fork summit. “I hope everyone can come along to this event, which will indicate how active the ecosystem is in London, and what projects are happening” he adds. “The OpenUBI movement is just starting, and I want to see this sort of activity happening in every city in the world.”

Join GoodDollar. The project needs builders, scientists and experts in identity, privacy, and financial governance, as well as philanthropists and ambassadors. Email GoodDollar at [email protected], contact us via our social media channels (Twitter and Telegram), or join the OpenUBI movement.