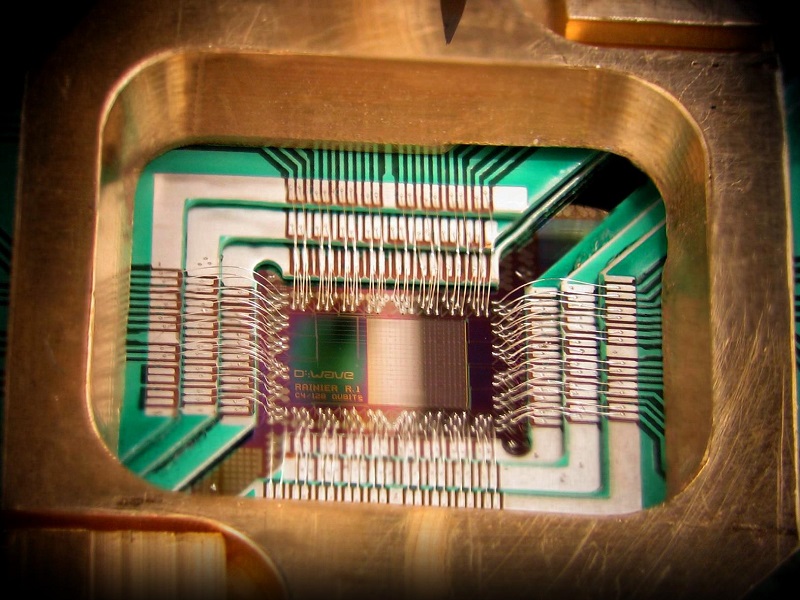 Google Experimenting with Crypto for the ‘Post-Quantum Era’

What happens to cryptography once quantum computers are everywhere? Will it still be possible to keep encrypted systems — like the Bitcoin network — secure? 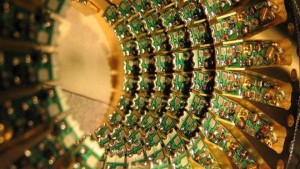 This week, Google addressed the question with a blog post titled, “Experimenting with Post-Quantum Cryptography,” which looks at how possible computing speeds in the future could compromise encryption, even today.

Quantum computing, long a computer science holy grail, promises to increase processing speeds on data operations exponentially. Rather than coding data into binary bits that must be either “1” or “0,” a quantum computer would theoretically use quantum bits (“qubits”) capable of existing in multiple states at the same time.

While this would have obvious benefits for almost every computer application in existence today — and even future applications — it presents a threat to any program that relies on cryptographic algorithms for protection, such as encrypted messages and bitcoin wallets.

Remember how it used to be OK to have a 5-letter password? Now, it’s advisable to have 20 or more characters, varying between numbers, symbols, and both upper and lowercase letters. This change in the need for password strength happened over time due to the progression of technology at its normal rate. Quantum computing would make simple password security obsolete, its processing power allowing it to crack even the toughest encryption with ease.

Such computers do have their limits, though. A more detailed research paper into the topic is available here.

What Would Quantum Computing do to Bitcoin?

The threat quantum computing poses to Bitcoin has been known and discussed in the community for a long time, to the extent that some old-timers have grown weary of the topic.

Common belief is that Bitcoin’s hashing functions (used in mining) are safe from large advancements in quantum computing, but that the elliptic curve digital signature algorithm (ECDSA) used to secure private keys could be compromised.

This would present a danger to any address containing large amounts of bitcoin, or one that is re-used often and well-known. If disposable addresses are used instead — as most modern wallet software does automatically — quantum computing would be less of a threat, though not a solution to the problem.

However, the arrival of quantum computers won’t constitute the first time Bitcoin has been affected by advancements technology. In his original white paper, Satoshi Nakamoto appeared to envisage mining on desktop CPUs, but users very quickly developed ASIC chips designed to do nothing other than solve Bitcoin’s hashing algorithm.

The Bitcoin protocol has adjusted difficulty accordingly, keeping blocks coming at roughly ten-minute intervals despite the hashing power added by ASICs. The possibility of adapting the Bitcoin network to quantum computing is not as certain, though.

As Google’s post points out, this is not a threat yet — the experimental quantum computers that exist today contain only a handful of qubits and could not break current cryptographic algorithms. In fact, it is not known whether a larger-scale quantum computer is even possible, despite all the private and public sector research going into the field.

If it does become possible, though, a future quantum computer would be able to retroactively decrypt all of today’s encrypted communications — which is definitely something to think about.

Google is now experimenting with a “post-quantum key-exchange algorithm,” using it to encrypt small amounts of traffic between “bleeding edge” Chrome Canary browsers and Google’s servers. This will be on top of already-existing encryption, since the security of the post-quantum algorithm has not yet been thoroughly tested.

Don’t be Concerned Just Yet

Google’s post-quantum algorithm is called “New Hope,” but it’s just one of many possible solutions to the problem. Google wants to run its experiment with New Hope for under two years, “hopefully [replacing] it with something better” in the future.

In any case, for quantum technology to advance to the level required to break cryptographic algorithms, and for that technology to find its way to the consumer market, is expected to take decades, and that’s even if it proves to be possible.

Think about it — but don’t lose sleep over it. Yet.

Do you worry about advancements in computing technology affecting Bitcoin?