The New York Agreement, also known as Segwit2x, is finally being signaled by the boasted 80+% of the hash power that has agreed to it. This compromise will hopefully bring an end to the years of debate over which path is the best to scale Bitcoin.

As many of our readers may know, an agreement was reached last month between many of the most prominent mining pools in Bitcoin to finally end the infighting and agree on a method in which to scale Bitcoin to accommodate the increased use of the network. 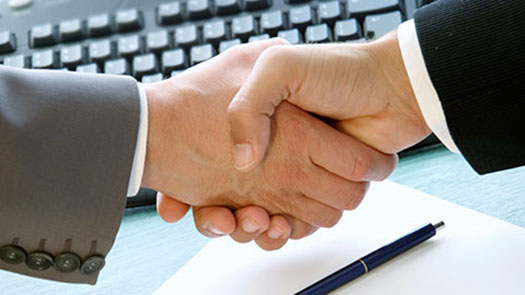 The two leading solutions, the activation of Segregated Witness and a simple 2mb blocksize increase, have been combined in Segwit2x. The way the compromise will work is that Segwit will be activated by the miners, and then ninety days later a hardfork will occur that increases the blocksize to 2MB.

Since Monday, signaling for the compromise has skyrocketed to just around 88% of the hash power. Segwit2x itself only requires 80% of the hash power, but the more mining pools on board, the less likely a chain split will happen when the hard fork comes about.

UASF – A Shove in the Right Direction

While the support of the miners is finally being thrown behind the Segwit2x agreement, there is still a growing number of users that support the BIP 148 UASF. The UASF is a change that, as of August 1st, will begin to invalidate all blocks mined that are not signaling for Segwit, unless Segwit is already activated by this time.

While on the surface it appears that the Segwit2x agreement will nullify BIP 148 from really doing anything, many people are still vocally trying to gain support for the proposal. As it stands, the current signaling for Segwit2x is not actual lock-in signaling. It is simply the intention to signal. The actual signaling isn’t supposed to begin until July 21st.

Many of the people still running their BIP 148 nodes don’t think that the miners will follow through with the agreement and continue to block Segwit. Continuing to run BIP 148 is a way of “holding their feet to the fire” and make sure they follow through on the agreement, or at least the Segwit part of it.

The main goal for all parties involved is to avoid a chain split in fear that the price of Bitcoin would drop significantly. If BIP 148 does come into effect, and Segwit isn’t activated by August 1st, this will cause a chain split – one chain with Segwit activated and one without Segwit. On the other hand, if some of the hash power decided to mine the legacy chain after the 2MB hardfork that could also end up causing a chain split.

Do you believe that the miners will follow through on the New York agreement? Or do you think that this compromise will cause a chain split to come about? Let us know in the comments below!