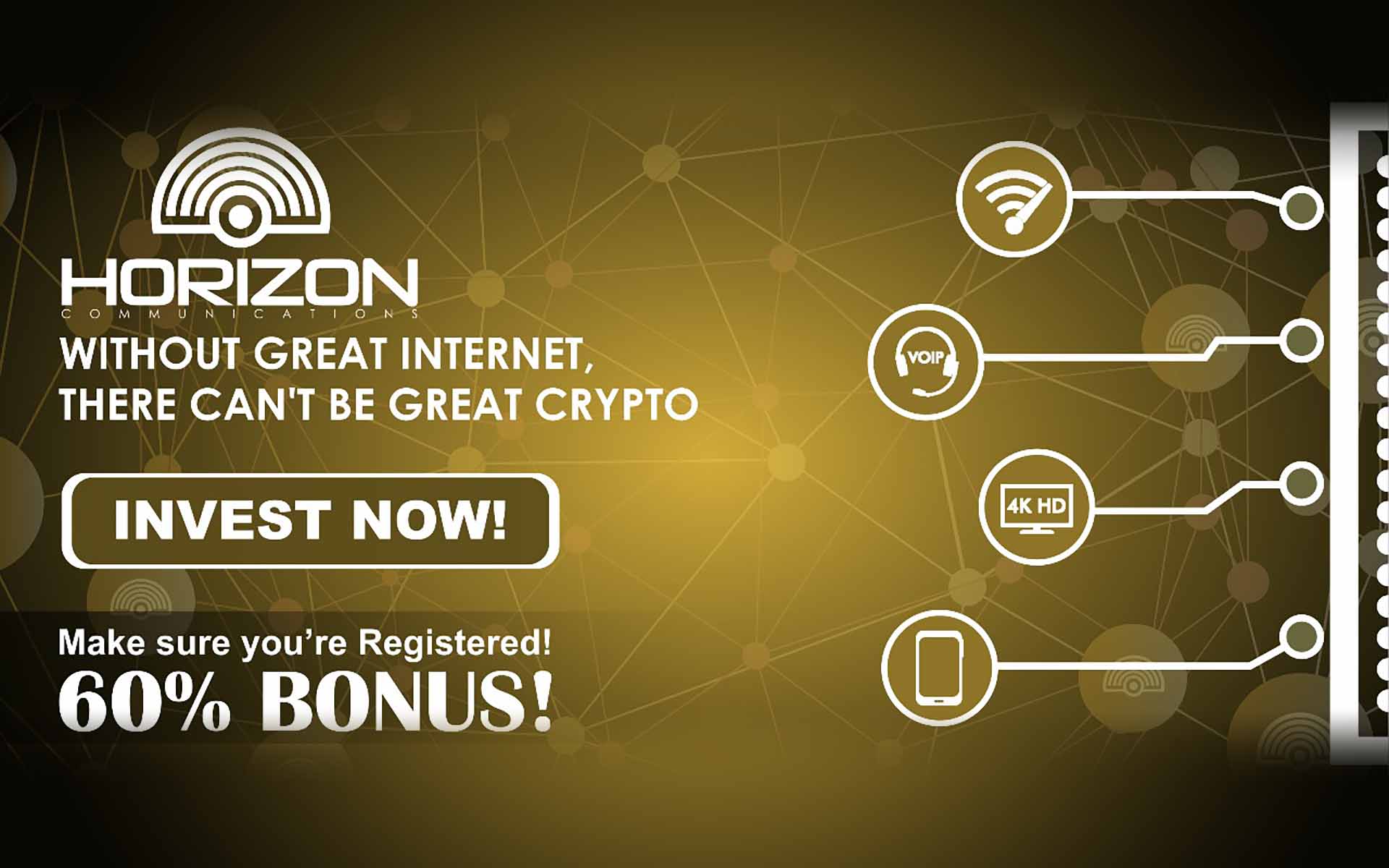 Horizon Communications, the Bermuda based startup has been mooting an ICO since the Q4 2017. The company is scheduling an internet service launch in the Caribbean and has done a lot of groundwork in the sensitization of the crypto community on its crowdsale. The presale has begun on Saturday, April 28 and is scheduled to sell for one month. However, the sale will end when the token allocation for presale is sold out.

The concept behind the company’s drive is that Bermuda, an island country in the Caribbean has poor quality internet service despite a robust economy and a high income per capita. The country’s internet services are usually disrupted during natural disasters which the region is prone to. Horizon, therefore, came up with the idea of a state-of-the-art ISP that would introduce the region high-speed uninterruptible service.

The presale is offering investors 60% bonus on token purchases. It is an avenue for investors who want to build a portfolio by buying into a state-of-the-art high-tech company that offers next-generation wireless technology. A look at the company’s website at https://horizoncomm.co shows that investors are already taking advantage of the offer.

The Horizon Communications ICO plans to raise $50 million from the sale of HRZN, an ERC-20 based token that would be used to access the company’s services. Interestingly, the firm is already looking beyond Central America as can be seen in the whitepaper. It is obvious that with the presale on, the company led by Gilbert Darrell is upbeat about its prospects as they set their eyes on building a successful telecom company.

Horizon is the first company out of Bermuda to launch an ICO and expectations are high. This is probably the reason they have taken time to ensure that everything was put in place to give investors a worthwhile token to invest in. The HRZN is backed by a service with a competitive edge over the competition. Gilbert Darrell, the company president is a member of the Bermuda government’s Cryptocurrency Task Force and has brought his experience to bear in founding a blockchain linked telecom company that would serve the need of the region.

More information on the ICO and the company itself, including whitepapers and vision, can be found on https://horizoncomm.co/