When it comes to blockchain, it’s all about adoption and Horizon State is smashing it. A network can have great technology with fantastic scaling, innovative consensus protocol, you name it. But if the crowds aren’t coming it’s about as much use as a state-of-the-art website with no visitors.

Australian-based Horizon State has just signed a deal with one of the largest social organizations on the planet to roll out its blockchain-infused voting platform.  You may not have heard of it but Nahdatul Ulama (NU) has a membership of 96 million, with over 50 million of them in Indonesia, the largest Muslim-population country in the world.

NU is dedicated to spreading peace, tolerance, and justice far and wide and welcomes the team-up with the blockchain startup.

Horizon State will empower large communities to openly and safely express their opinions in a manner that promotes efficient and inclusive decision-making to create a positive effect in our society.

NU has projects and social initiatives all over the country of 250 million people. Crucial to the success of its endeavors is the direct involvement of the people whose lives it intends to transform.

Horizon State will be rolling out its smartphone app on the island of Sumatra – one of the largest of the 18,000 islands making up the Indonesia archipelago. NU and Horizon State are part of a consortium that also includes fintech company MCV-CAP and together they have set-up PT Indo Trust Solutions (ITS) as a foreign investment company.

ITS founders Henri Morgan Napitupulu and Dr. Walter Tonetto see their consortium’s outreach efforts as being transformative for the country.

… the benefits to Indonesia will be incalculable and ongoing, and building momentum will eventually reach a tipping point. 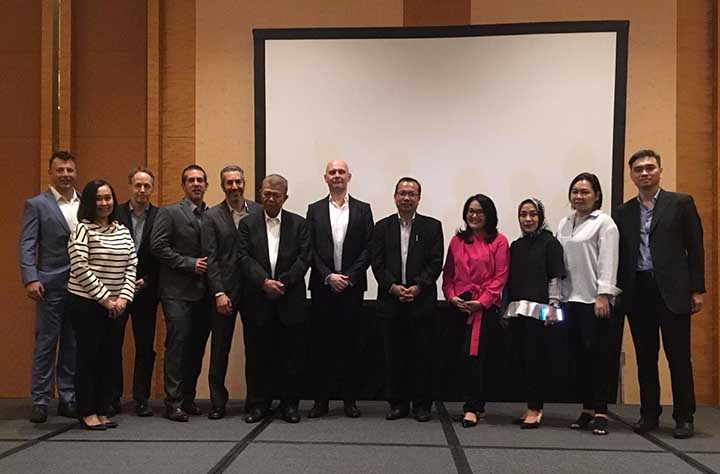 Horizon State will soon have millions of wallets in the hands of Indonesians via its smartphone app that onboards users onto the engagement platform. Metcalfe’s law, which states that the value of a telecommunication network is proportional to the square of the number of connected users, and has been widely applied as a valuation model for bitcoin and other crypto networks, can be equally applied to Horizon State’s platform.

It is the lack of consideration of network value and the network effects, whereby the network becomes more valuable to its users the more users there are on the network, that leads venerable investors such as Warren Buffett to claim that bitcoin has no intrinsic worth and therefore no value. However, it is the network and the value moved across it that is its value. It is no different with Horizon State.

The voting system it has brought to Indonesia will massively reduce the cost of consulting and re-consulting communities. To get consensus requires collaboration in an iterative environment where people’s views are constantly polled as new suggestions and events require new thinking. Imagine trying to do that in any country and especially in a country such as Indonesia with its far-flung island population, and in some cases poor infrastructure.

To make the point about the savings that can be made, Skella gives the example of the cost per voter of the recent marriage equality vote in Australia, in which postal voting cost the taxpayer $95 per elector compared to a figure that would be closer to $1 using Horizon State’s distributed ledger technology.

In addition to the much lower costs associated with operating a distributed ledger voting system, the other prerequisites for a good voting platform include security and education. A ledger where voter IDs can be stored and protected from prying eyes is what makes blockchain such an attractive solution for non-governmental organizations such as NU and of course governments themselves.

However, along with the mechanics of voting there needs to be knowledge acquired from trusted sources so that voters are well-informed about the policy issues regarding, say, building a network of childcare facilities or putting in place a vaccination program.

Making voting as easy as opening an app and touching a button is what empowerment looks like in the digital age. It might be a well-worn cliché that knowledge is power but Horizon State aims to make it come true for the communities of Indonesia with its NU partner and later down the road at local, state and national government level joining in too.

The native token of the network is HST, which the startup refers to as the Decision Token. That brings us neatly to the Decision Platform that Horizon State has built into the ecosystem. This will deliver engaging content in a variety of rich media formats, from webinars to short videos that succinctly inform users and voters of the background and policy that is required to inform effective decision-making.

Horizon State is also planning to send financial products down the pipe as well, for a fully rounded ecosystem that becomes an essential and practical tool for local communities and is a promising example of the traction blockchain projects are now beginning to achieve.

What are your thoughts on Horizon State’s partnership with Nahdatul Ulama? How can their blockchain-based platform fix the current voting processes around the world? Let us know in the comments below.