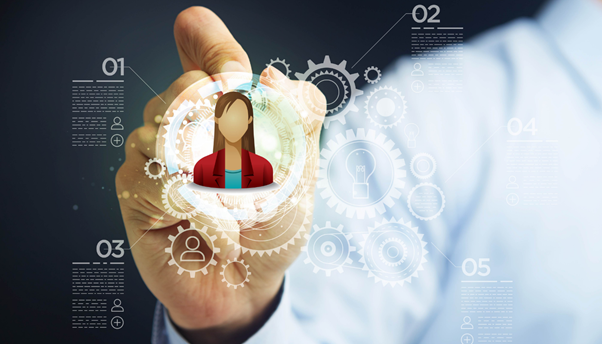 Thanks largely to Facebook’s recently announced ambitions and subsequent rebranding, metaverse has become THE investor buzzword of late 2021. Grayscale estimates that the metaverse could represent a $1 trillion market opportunity, while firms including Microsoft, Sony, and Samsung have all jumped on the bandwagon.

Amid all the excitement about a potentially vast new growth industry, there are also plenty of good reasons to question the direction of travel. Along with questions about whether a corporate-controlled metaverse breaches human rights and concerns about creating outlets for cybercrime, there’s another, more fundamental question to be asked.

A Safe Space for Trolls

The bare fact is that social media, led by Facebook and Twitter, have created a space where trolls and bullies can thrive. There’s no easy way for anyone to know whether or not an account is real, and it’s up to the companies to police their platforms – a task that’s proving to be almost too large to carry out effectively.

And the effects are far-reaching. On the individual level, they create an unwelcoming environment for users, with celebrities such as Lesley Jones and Daisy Ridley hounded off platforms as a result of cyberbullying.

However, we now know that social media is also prone to voter manipulation and has even been implicated in incidents like the January 6 riots at the US Capitol.

Regulators are calling for social media accounts to be subject to the type of KYC-type checks that are imposed on banks and their users. But there are sound counterarguments to be made – most obviously, for not handing yet more personal data over to the tech giants. It’s also a solution not likely to be welcomed by the firms themselves, as it introduces a high barrier to entry and additional overheads.

Decentralized identity has long been touted as a solution to the challenge of online anonymity and identity, but blockchain identity project Selfkey has established an intriguing solution that leverages the properties of NFTs.

A decentralized, blockchain-based digital identity already has several attractive features. It can allow a user self-sovereignty, so they can decide which elements of their personal data and identity they wish to disclose by the judicious use of their private key. On the other side of the transaction, the person who needs to verify the identity has the security of a trustless, blockchain-based verification system. In Selfkey’s case, someone can demonstrate their credentials via staked KEY tokens.

Selfkey has now introduced a concept called the “Living Avatar NFT,” which fuses the ideas behind the decentralized identity together with an NFT representing the individual’s identity online. Instead of a jpeg or other photo file, the user’s profile could show their Living Avatar, with a QR code that can verify their credentials anchored to the blockchain.

For instance, you could see a profile picture next to the information that shows someone’s country of residence and their nationality. From this information, you’d know that their passport has been verified and that they’re a real person.

However, this is very basic information. A person could use the Living Avatar to attach any credentials they wanted to their profile. For example, to demonstrate their loyalty to a particular sports team, that they hold cryptocurrencies, or that they’re vaccinated.

The exciting thing is that we aren’t talking about technology and use cases that are years into the future – this type of feature could be rolled out within a matter of months or even weeks. Twitter has already published teaser videos showing how users will soon be able to display their NFTs as part of their user profile, in the same way they can upload photos and videos today.

Once they can display their NFTs, there’s nothing to stop users from beginning to adopt their own NFT-based identity systems, such as Selfkey’s, as a way of differentiating who they interact with online.

It’s worth noting that Facebook has also confirmed that its metaverse will also support NFTs. However, Facebook and Twitter have very different approaches when it comes to blockchain and cryptocurrencies. Twitter CEO Jack Dorsey has been a vocal supporter of Bitcoin and has expressed the wish for Twitter to ultimately become a decentralized platform. From what we know about Twitter’s NFT feature, it won’t be linked to any proprietary blockchain operated by the company.

In contrast, Facebook is known to be operating its own blockchain and cryptocurrency, formerly Libra, now Diem. On the balance of probabilities, it seems likely that Facebook will attempt to create its own ecosystem of NFTs and crypto, perhaps with some interoperability with the decentralized space. However, assuming it remains blockchain-agonistic, it seems likely that Twitter will work to integrate with established blockchain platforms for its NFT feature.

Ultimately, handing yet more data and control to centralized tech firms doesn’t seem like a sustainable route to the metaverse – particularly not when there’s a sensible middle ground that allows established social platforms to merge with the trustless, decentralized ecosystem. As the metaverse becomes a reality, we should ensure that we are using the opportunity to address the worst elements of anonymous social media while reclaiming our online identities from the tech giants.