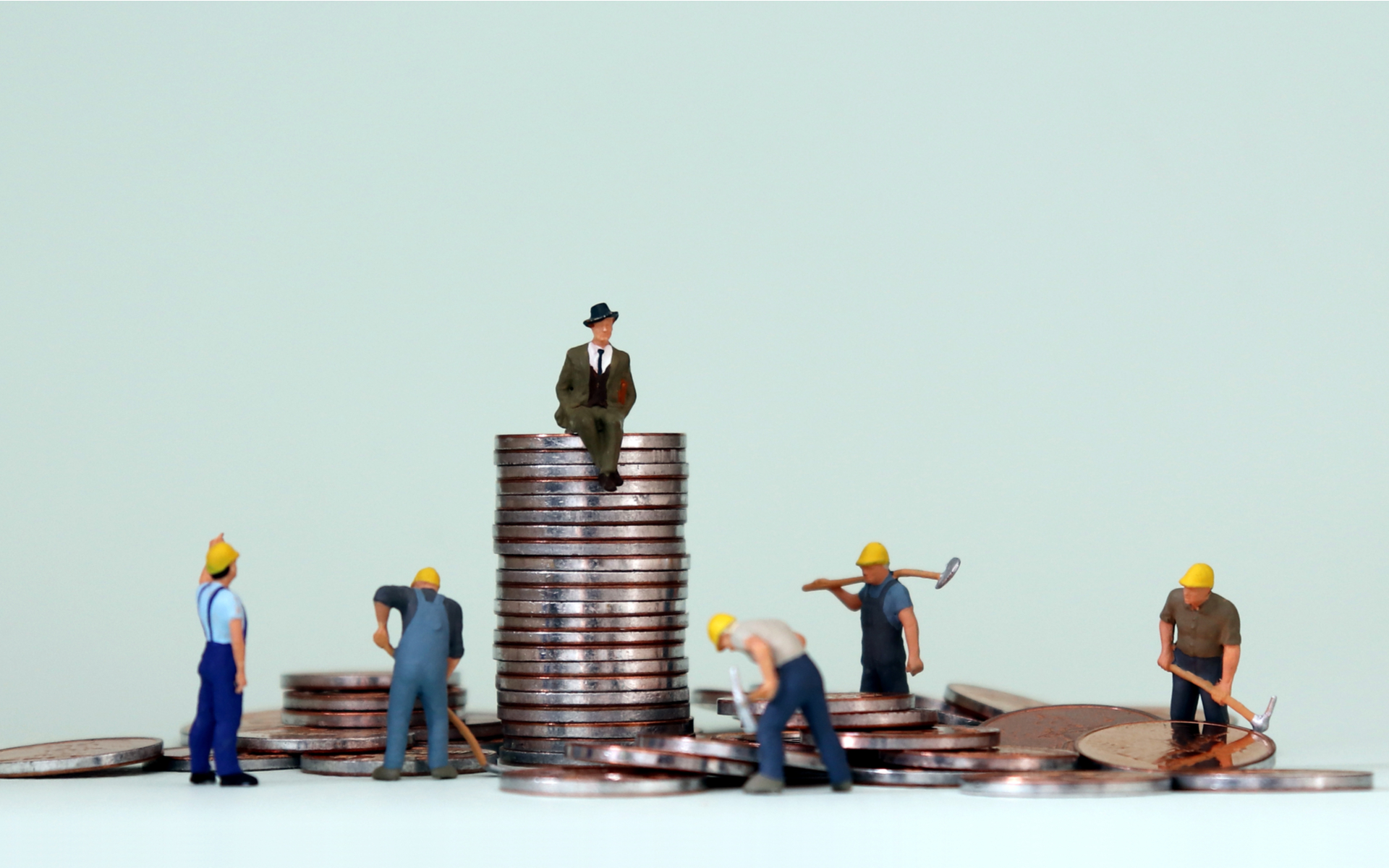 How Does Bitcoin Distribution Compare to Wealth Inequality?

When Bitcoin first came out more than a decade ago, it promoted a sense of equity and fairness that hasn’t been typical for the traditional financial system. However, the current distribution of coins shows that the gap between Bitcoin poor and rich is even more dramatic.

Bitcoin has always seen a massive disparity when it comes to the distribution of coins. While the cryptocurrency came out as a reaction to the financial crisis caused by greedy, “too big to fail” banks, it eventually adopted the same inequality that has been gradually expanding in the traditional financial world.

In the first years, the Bitcoin distribution was heavily influenced by miners. Thus, the Bitcoin rich were those who had the knowledge and capabilities to generate new coins through the mining process. The level of ignorance at the time was so striking that one man accidentally threw away his hard drive with the private keys of 7,500 Bitcoins.

However, once the cryptocurrency became more popular, the nerds were replaced by investors. Thus, the Bitcoin gates could be open especially by those who had the privilege to enjoy a high buying power, i.e. the wealthy ones. This is how high net worth individuals and institutional investors took control over the crypto market and transferred the wealth inequality to the coin distribution. This will never change because blockchain is decentralized and doesn’t act as like a communist realm.

Bitcoin Distribution Vs US Wealth Inequality 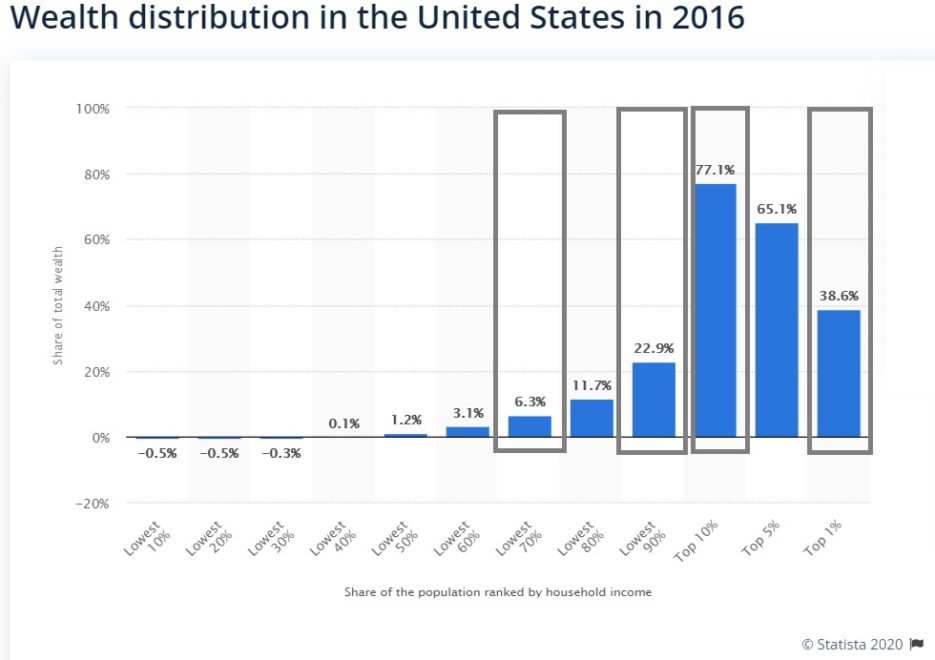 Those highlighted portions can help you better compare to the Bitcoin’s distribution of coins among addresses. 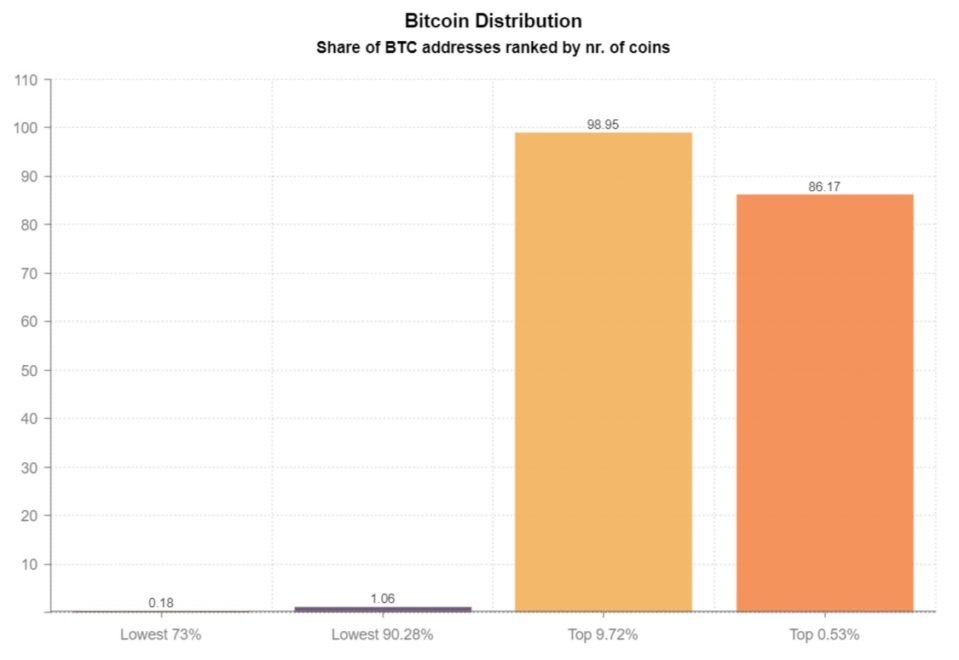 While the charts are representative, there are some points to consider:

However, it is true that Bitcoin inequality is more aggressive because rich investors can afford to buy more coins, while the supply is limited.

We can also compare Bitcoin addresses in terms of USD value and compare the distribution of crypto holdings with global wealth inequality pyramid based on Credit Suisse data from 2018.

Again, this comparison has one big flaw given that one person can have multiple addresses, but it can show the level of disparity to a certain degree.

What do you think about the Bitcoin distribution? Share your thoughts in the comments section!