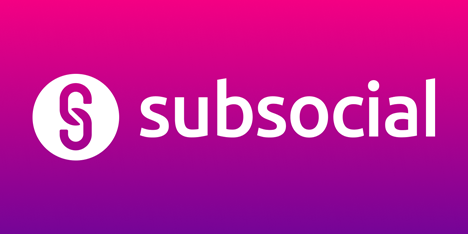 How Subsocial’s Polkaverse Could Be An Decentralized Alternative To Twitter

Polkadot’s ecosystem has been quickly expanding. The Gavin Woods project seems to be living up to the hype and could be at the forefront of an interoperable blockchain future. A new project, Polkaverse, has been launched with the goal of tackling a sector that has been heavily criticized in the past years, social media.

Launched by Subsocial, the open platform for decentralized social networks that run on the blockchain building framework Substrate 2.0, Polkaverse is a community platform to discuss all things related to Polkadot and Kusama. Users will be able to access it via their Substrate address with a native web dApp.

The project will have a unique approach, unlike mainstream social media it will be free from spam, irrelevant information, and the type of content that hinders the user’s experience. Polkaverse is based on the Subsocial networking protocol, this allows users to customize the platform or create their own social media.

Due to the integration between the sub-network and the Kusama, Polkaverse leverages the Kusama Blockchain to display account roles with data from the on-chain identity module. In the future, the platform will receive an upgrade that will enable users to create Kusama Treasury proposals on Polkaverse and have an open and more direct connection with the community.

Subsocial and its ecosystem operate with a native token, SUB. The team behind the project recently announced that a private sale for this token will be close soon and a public one will be launch in mid-summer. Thus, SUB will be available across crypto exchange platforms in the short term.

Now, the developers of Subsocial will focus on integrating new features, like the possibility of turning posts into Non-Fungible Tokens (NFTs) directly from the platform. Other interesting features will include an option to launch social tokens and more tools to bring power to the users.

Facebook and Twitter are two of the most important social media platforms, but they operate to the detriment of the users’ privacy, their control over their data, and many other tradeoffs. Subsocial seeks to provide users with an alternative that runs on top of a decentralized network and is focused on quality content for a niche. Alex Siman, the Subsocial founder, said the following:

We are now closer to playing our part in building a fully decentralized, fair, and censorship-resistant web – which, of course, would be impossible without the incredible support from our partners and friends, as well as our rapidly growing community. With Polkaverse, we are paying our dues. It is the first social dapp in the vast social networking multiverse which Subsocial has the power to create.

Learn more about the project here.