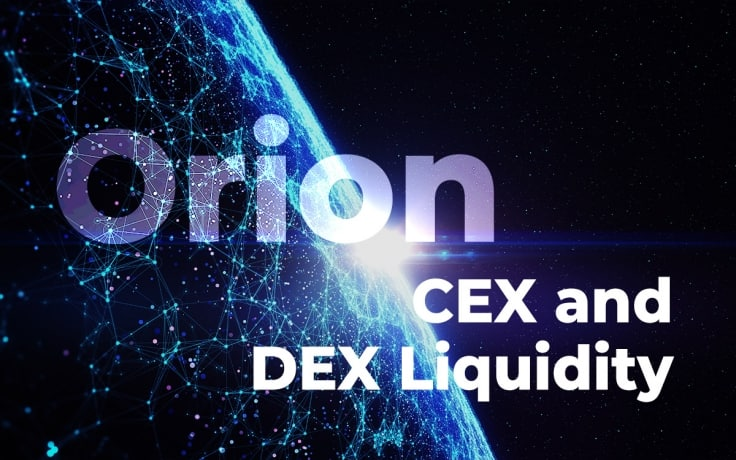 How to Access Bitcoin in a World of Illiquidity?

Headlines move Bitcoin. That’s no secret. There is a limited supply of Bitcoin and shows of confidence, such as Tesla buying up $1.5b worth to keep the bull rally spiking higher. Tesla announced last month that it may hold  “certain alternative reserve assets including digital assets, gold bullion [and] gold exchange-traded funds.” using its cash reserves.

Too Much Cash is Costly

The recent news has got us thinking about supply issues and it’s brought new large buyers flooding into the market. So why is that? The answer is low-interest rates. Organizations are holding on to huge sums of money in cash. The cash is not earning anything; in fact compound interest may actually eat away at it, in times of negative interest. So what should these cash-rich firms do with their money? Invest it and Elon Musk has shown them a new potential way to invest their cash.

For a company like Tesla with a market cap of over $630b, $1.5b does not represent a huge sum- it is a rounding error when compared to their market cap or balance sheet. T is almost 8% of their cash reserves. The important point to note here is that if other cash-rich companies like Apple and Facebook develop corporate FOMO (Fear of missing out) and they decide to buy up bitcoin, then this will knock the supplied formula even further out of whack and put even more pressure on a very limited supply.

The Power of The People vs. Wall Street

So, the recent moves including Tesla’s and Paypal recently accepting bitcoin have caused floods of new retail and Wall Street buyers into the market. We saw the power of the people more recently with the GameStop frenzy, where a group of retail investors got together on a forum to talk up the stock of a past-its-prime game retailer that many were calling the next Blockbuster video. They caused the price of $GME to move drastically, as the Hedge Funds who had shorted this stock and others including AMC, were forced to buy the stock back for colossal losses. This, in turn, caused Robinhood and other major brokers to cease offering to trade certain stocks, in a move that has caused irritation and frustration for those people who were temporarily blocked from selling or buying.

And so, Elon buys and endorses bitcoin, and this brings down Binance, one of the largest crypto exchanges with a trading volume of over $90 billion (in the last 24 hours alone), of which bitcoin volume accounts for nearly $25 billion.

The CEO of Binance made a Twitter comment explaining that it was all Elon’s fault. Elon certainly has the power to move markets these days. Just look at the gains for the minor altcoin once he tweeted about Dogecoin cryptocurrency.

This might remind us of 2017, where a glut of new buyers came on to the market to pounce on bitcoin and the altcoins. The exchanges at that time were fairly immature and many of them just did not have the infrastructure to handle the influx of new registrations. Their servers were crashing and many, but not all, closed their gates. Will we see more of this as demand increases? Downtime, as any trader knows, is one of their worst enemies.

“The amount of available BTC at any given point in time is preprogrammed according to Bitcoin’s design. With 88.5% of the total supply already mined, at the time of writing, the circulating supply of Bitcoin is ~18,6 million. However, the number of bitcoins actually available for buying and selling is much lower.

Not only can we expect that a substantial amount of mined BTC is lost forever (we estimate this number to be ~3M BTC), but as bitcoin continues to become more and more a Store of Value and investors increasingly HODL making use of it as a safe haven asset to store wealth, the actual “liquid” bitcoin supply can be expected to be considerably lower.” 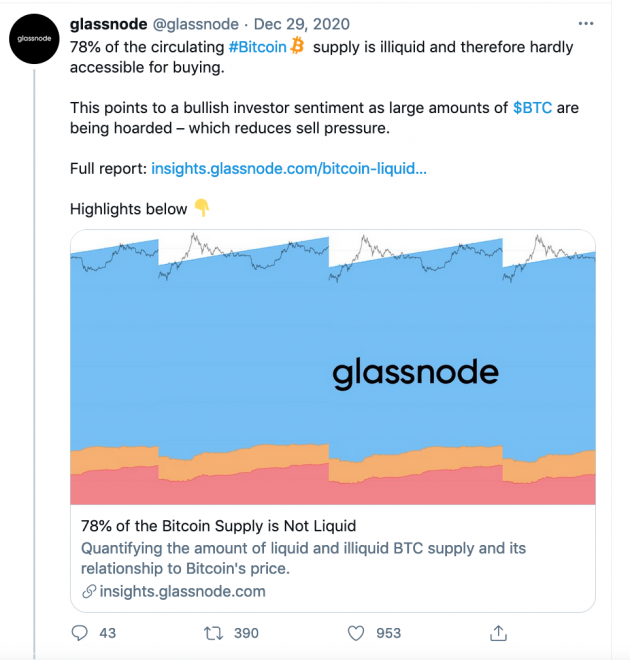 It is this scarcity that enhances the appeal of bitcoin and makes it more desirable. Buyers are literally hunting out supply, across the exchanges. One company though has pooled the entire network of liquidity across all exchanges, both centralized and decentralized to give users access to the whole crypto market. They need one single account and there is no need to sign up for different exchanges.

Orion Protocol allows users to connect their wallets to its terminal and to trade cryptos without needing multiple accounts and because Orion is connected to the entire ecosystem, it finds the very best prices available for the various coins. On top of this, it allows the user to hold on to their assets, rather than risking them by trusting them to the exchanges.

The interesting thing about this disruptive company is they appear not to have any competition. They are not competing with the exchanges, rather they are providing a gateway directly to them and they are charging minor spreads, if at all.

So if the fragmented ecosystem of exchanges and the problem of liquidity, plus the fact that traders must risk their assets by trusting these unstable exchanges is the problem, then perhaps a new way to access this pool is the solution?