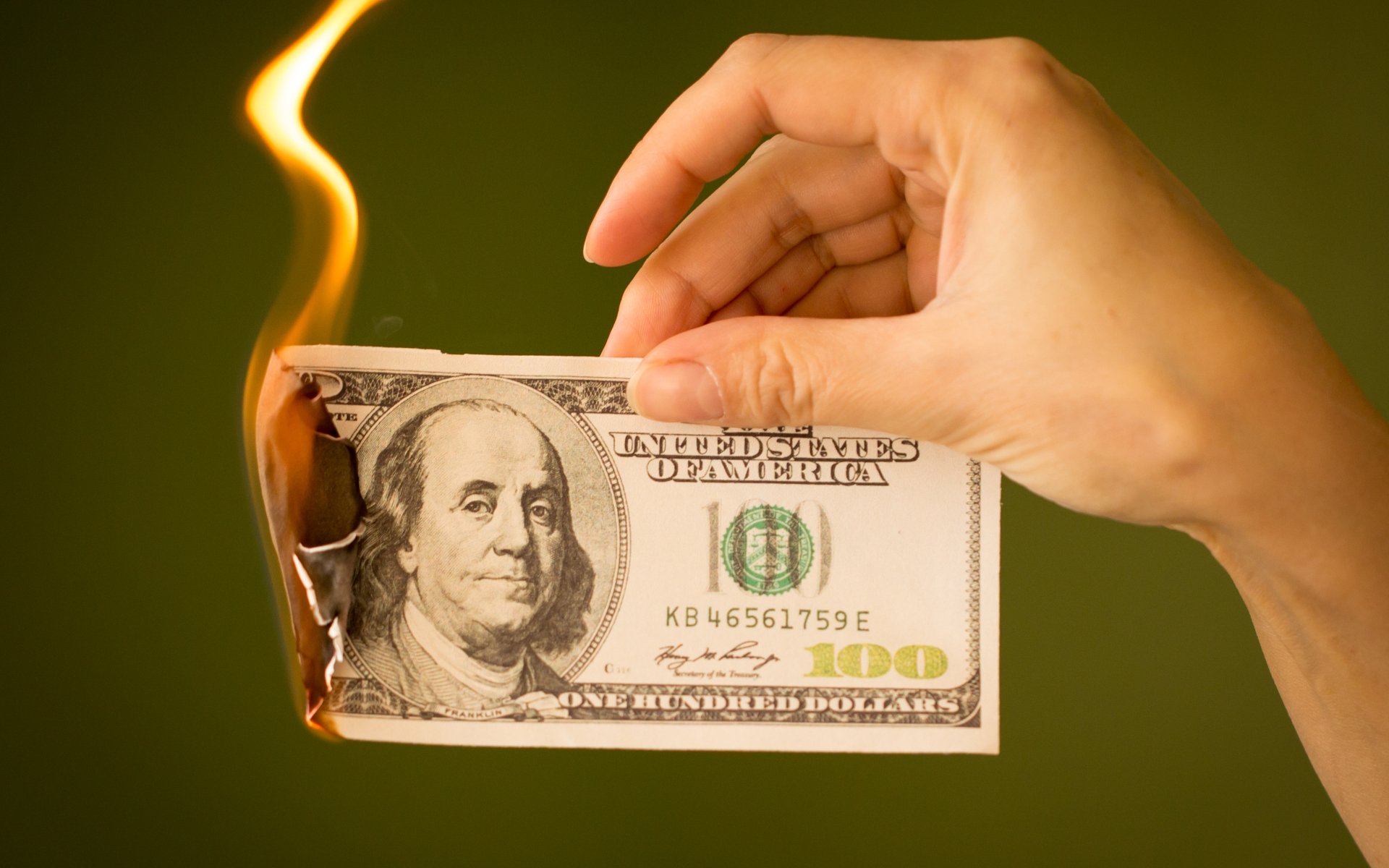 How to Escape Inflation

After years of economic crisis and hyperinflation, it seems that Zimbabwe may finally be taking their first steps toward stabilization.

For more than a decade the African nation has been relying on a multi-currency system that relies heavily on the US Dollar. However, in a country of 16 million people, there aren’t always enough dollar bills to go around. Talk about a liquidity issue.

So most Zimbabweans receive their monthly paycheck by electronic transfer to their bank account, which they then need to figure out how to spend in the grocery store.

In 2016 the government issued a new currency called a bond note, the exchange rate of which has been controlled by the government. In a recent update, the Reserve Bank of Zimbabwe has ditched capital controls and is now allowing bond notes to trade according to the free market.

In a country that has full mobile penetration, it’s really a wonder to me how cryptocurrencies are not playing a larger role.

Please note: All data, figures & graphs are valid as of February 22nd. All trading carries risk. Only risk capital you can afford to lose.

Stocks pulled back a bit yesterday but this morning investors are looking to reverse the losses. We’ve been counting down on geopolitical timers for so long that many market participants are already dreaming of a day when those counters get to zero and all is resolved.

The tricky one remains Brexit. At this point, analysts have identified three possible yet unlikely outcomes.

1. No deal Brexit
2. Theresa May’s deal, or some variation
3. A time extension

Each of the above seems to be extremely unlikely yet we know that one of them has to happen. Should option one materialize, it’s very likely that the British Pound will fall, and in the event of option two, the Pound should rise.

The Pound has been falling pretty steadily since May. Here we can see the GBPJPY kissing her 200-day moving average (blue line).

Also, the New York session today should be really interesting as we’ll hear from a slew of central bankers including Mario Draghi and no less than four Fed members as well as receiving a monetary policy report from the Fed.

Remember, these are the guys who drive the markets. So it pays to pay attention.

Just as traders in traditional markets watch the Fed, cryptotraders seem to be forming a habit of watching the SEC.

Today, we got some pretty astonishing news that an ICO called Gladius Network LLC received a pass from the SEC despite them selling $12.7 million worth of unregistered securities tokens. This is quite a different outcome than the SEC took with Paragon and Airfox just three months ago, who each needed to pay a fine of a quarter million dollars.

While the SEC is the most important regulatory body in the United States when it comes to securities, other regulators may be influencing policy as well. Our US Managing Director Guy Hirsch wrote me this morning…

How about the Crypto Rally?

Well, excitement is still high but seems to be fading. Volumes did peak out at $35 billion during the full moon on Tuesday, February 19th. Today we’re down to $23 billion traded across global crypto exchanges.

Some have pointed to the volumes on Wall Street’s bitcoin futures, provided by the CME group, which reached a new record high of 18,338 contracts during Tuesday’s madness. That comes out to a total volume of approximately $357 million, or approximately 1% of the amount traded on exchanges.

Also, the major price surge actually happened on Monday, when the CME was closed for President’s day. So, it’s clear that Wall Street is the passenger here and not driving.

So, to find out whether this rally is about to continue or claw back we need to look at the root. As we’ve been discussing, this entire rally seems to have been caused by a shortage in the supply of new Ethereum.

Historically, the Ethereum network produces about 20,000 to 30,000 new ETH per day. However, since the beginning of the year the amounts have been tapering off and as of last week, the new supply was more like 13,000 per day. 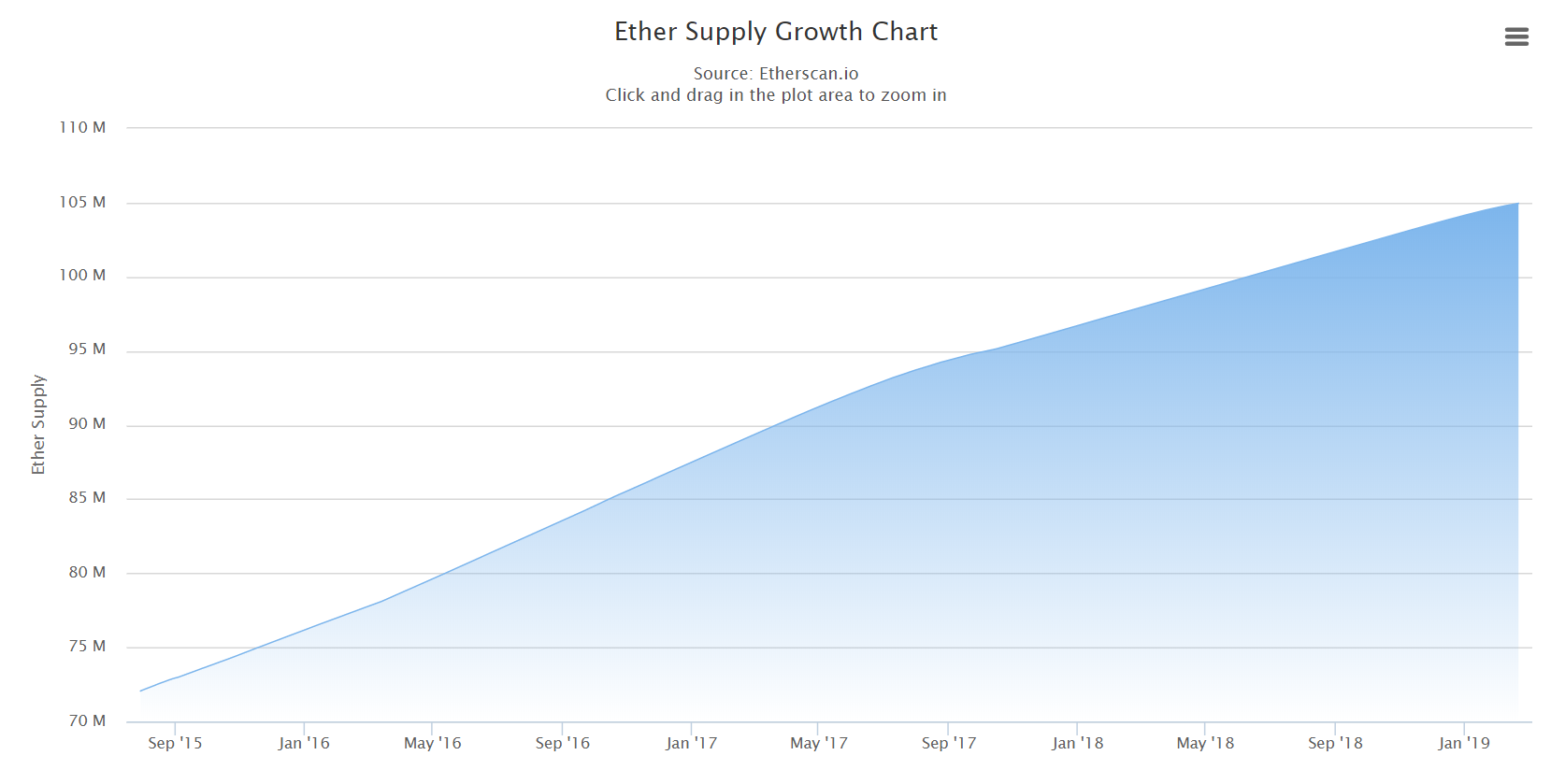 The Constantinople upgrade which is currently scheduled for block height 7,280,000 (approximately February 27th), is supposed to stabilize supply to about 5,700 blocks per day and reduce the block reward from 3 ETH to 2 ETH per block. So, by these metrics, we can deduce that new production after the fork will be about 11,400. Far less than the current rate mentioned above.

Now, another part of Constantinople is that it’s supposed to reduce the amount of gas needed per transaction. However, it’s not apparent how the new gas fee structure will affect demand.

So even though we know supply will be reduced drastically, we don’t know if this will affect bottom line inflation because we don’t know exactly what demand will look like under the new system.

Clearly, forward guidance on monetary policy is not the largest concern for Ethereum’s community leaders.

As far as the rest of the crypto market, this recent rally certainly has the big fish nibbling. We’ve been in the accumulation zone for a while now and this latest push off the floor might just be enough to bring the market out of a slump, but there are several technical levels that need to be broken before that happens.

Wishing you an awesome weekend!