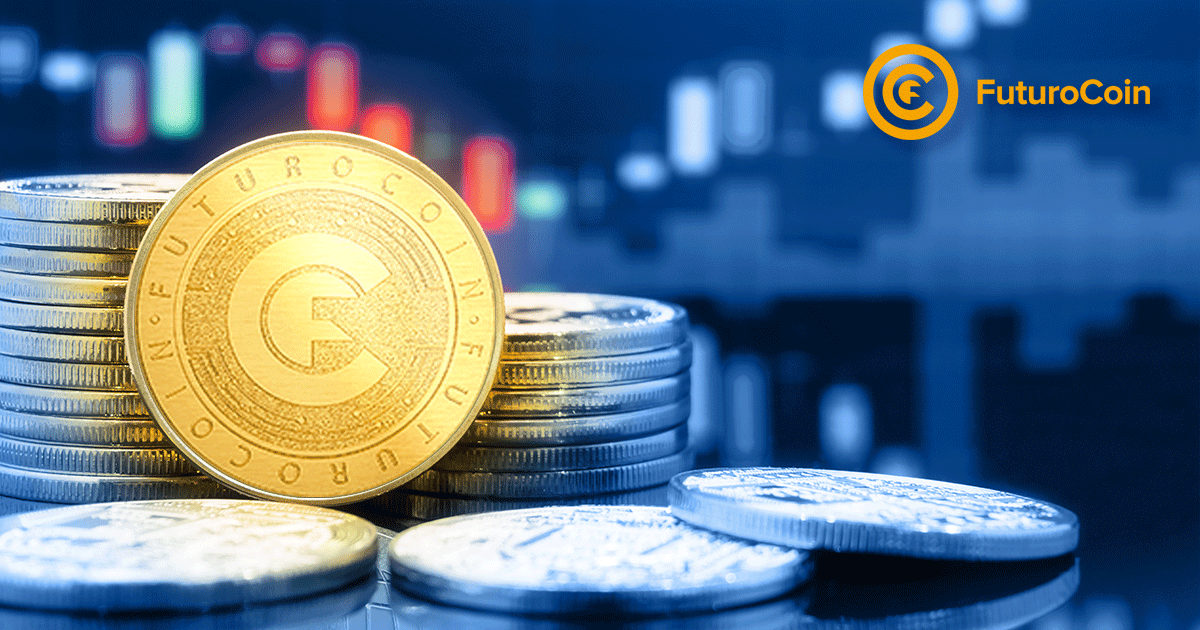 How to join the biggest cryptos? FuturoCoin explains

Nowadays, most of new cryptocurrencies are created in the process of ICO (Initial Coin Offering), which helps their developers to gather money needed for the development. Unfortunately, after more or less successful ICO, the projects get quiet. Despite these facts, there are still pearls in the sea. FuturoCoin is one of them.

Project of the future

Main assumption of cryptocurrencies was not only to avoid third-party institutions, such as banks or payment services, but also to provide fast and anonymous transactions. FuturoCoin is a crypto that definitely conforms to that definition. The proof of that can be seen in the time of conducting a transaction, it takes only few seconds! Comparing it to the average time of Bitcoin time transactions (10 minutes), it’s 150 times faster!

FTO is a digital asset that uses blockchain technology, X11 algorithm to be more specific. FuturoCoin blockchain started on January 31st, 2018 with the help of over 20 specialists in IT, security, finance and management. It may seem like a lot of different fields, but creators of FuturoCoin – Roman Ziemian and Stephan Morgenstern were inspired to create a perfect cryptocurrency that could be massively adapted by the society. As every good project in constant development, FuturoCoin is being watched over by Denis O’Neill, a security advisor who takes care of FTO blockchain security. At the same time – the above-mentioned development, new implementations and side projects are being monitored by Coders House, an IT company.

In April 2018, FuturoCoin’s team was testing FCoinWallet to deliver a dedicated and compatible product for traders and investors. This time, besides appearing on cryptocurrency exchange platforms, the interest in FTO led to it being listed on crypto-analytics websites such as cryptocompare.com. Soon after, in June 2018, FuturoCoin also showed up on CoinMarketCap. That month, the tests of a wallet for FuturoCoin were completed. As a result the users have wide spectrum of choices between FTO wallets: classic core wallet, Electrum, paper wallet, FNWallet and next coming.

Among the side projects, FuturoCoin’s team takes care of making it really useful in a daily life. That’s why, everybody can pay with FTO in chosen restaurants and shops. Also, in order to keep educating the cryptocurrency society, the team has started a series of educational videos for users about FuturoCoin and blockchain technology.

All these activities have resulted in FuturoCoin’s presence around the world. It’s a huge achievement for the whole team to make their project prevalent in almost every continent. 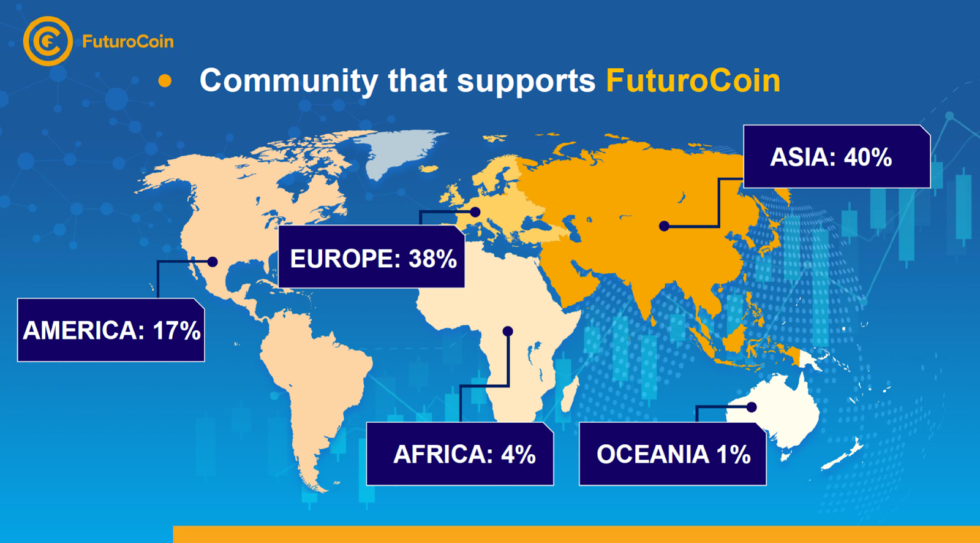 Right now there are around 34.8 million coins in the circulation, Community which uses FTO daily is dispersed throughout the world: 40% of them live in Asia and 38% in Europe. 17% of people owning FTO come from America. FuturoCoin is not that popular in Oceania, but basing on the fast development of this cryptocurrency, this statistics will change soon.

The great success is also visible in other statistics of FuturoCoin.

The hashrate says a lot about the security of the network as well as about the interest of miners in mining chosen cryptocurrency. FuturoCoin uses the same mining algorithm as Dash – X11. Right now, FuturoCoin’s hashrate is hitting its highest value equal to 0.7P. That’s the exact hashrate Dash noted last year. It creates some questions – where is FuturoCoin heading and are there any limits to its growth?

We have some even greater news for FuturoCoin’s investors and traders. Let’s look at the analysis of FuturoCoin’s price in comparison with the world’s most popular cryptocurrency – Bitcoin. During previous 3 months, the price of Bitcoin has decreased over 20%, noting a decreasing trend that right now is weakening. During the same period of time, FuturoCoin not only has shown stabilization, but its price has increased by about 8%.

Calling FuturoCoin “the cryptocurrency of the future” isn’t just empty words. That crypto not only has a bright future, due to side projects supporting its development, but also, after just a few months, can proudly claim that it has a huge, loyal community and solid foundations. If you want to read more about the project, visit our website: https://futurocoin.org/.