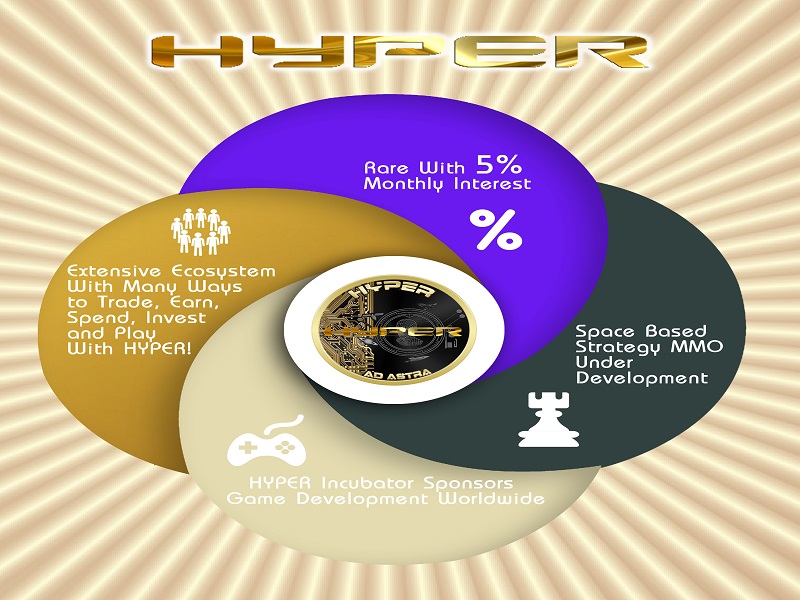 HYPER, a Scrypt coin with a Space MMO. You can read up on a full features list of the coin here, as I did an interview the developer already. But today we are focusing on the new Counter Strike tournament they launched, where you can earn prizes in HYPER!

1. What do you plan on achieving with the HYPER Monthly Counter-Strike Blitz?

Currently players earn cryptocurrency HYPER and points for  fragging other players on the servers, and this monthly blitz is designed to give players a long-term goal to aim for. The players ranked 1st on each server after 28 days will win 2000 HYPER, the 2nd ranked player 1000 HYPER and the 3rd ranked player on each server 500 HYPER. Players can register to play and see the current high scores at http://hyper.microngaming.com/hlstats.php

He originally envisioned HYPER would sponsor huge Counter-Strike tournaments that would attract the biggest players in Counter-Strike online. With the rapidly increasing popularity of HYPER due to the new website at http://hypercrypto.com and the media attention we have been receiving on Yahoo Finance, Bitcoinist and from big crypto journalists like David Seaman, and more – HYPER will soon be in a position to sponsor premium Counter-Strike tournaments and attract the biggest names in the industry.

3. How do you believe the Counter-Strike Blitz will impact HYPER?

Most importantly it’s also great fun :) We also have many more HYPER game servers and game projects on the way that I can’t officially announce yet, The HYPER Counter-Strike Blitz is designed to be one part of HYPER becoming the definitive online gaming cryptocurrency with a huge ecosystem within the next 6 months or so.

4.Where can people go to get involved in the HYPER Counter-Strike Monthly Blitz?

The official announcement was made on the Bitcoin forum at: https://bitcointalk.org/index.php?topic=624651.msg7966466#msg7966466 to get involved players simply log into the HYPER CS or CS: GO servers. Details (including the player high score list) are available at: http://hyper.microngaming.com/hlstats.php

If anyone needs help they can drop into the official HYPER forums at http://hypercrypto.com/forum or the Bitcointalk thread at: https://bitcointalk.org/index.php?topic=624651.0

We will be updating the official HYPER website at http://hypercrypto.com with more information regarding the HYPER Monthly Counter-Strike Blitz shortly.

For now we are hoping people will get involved and have fun! If you are a game developer please get in touch and we can potentially sponsor you to develop your game idea if you incorporate HYPER.

The key focus of all our future development plans is to ensure HYPER has a diverse and unprecedented ecosystem that provides many unique opportunities for gaming, trading and profit.