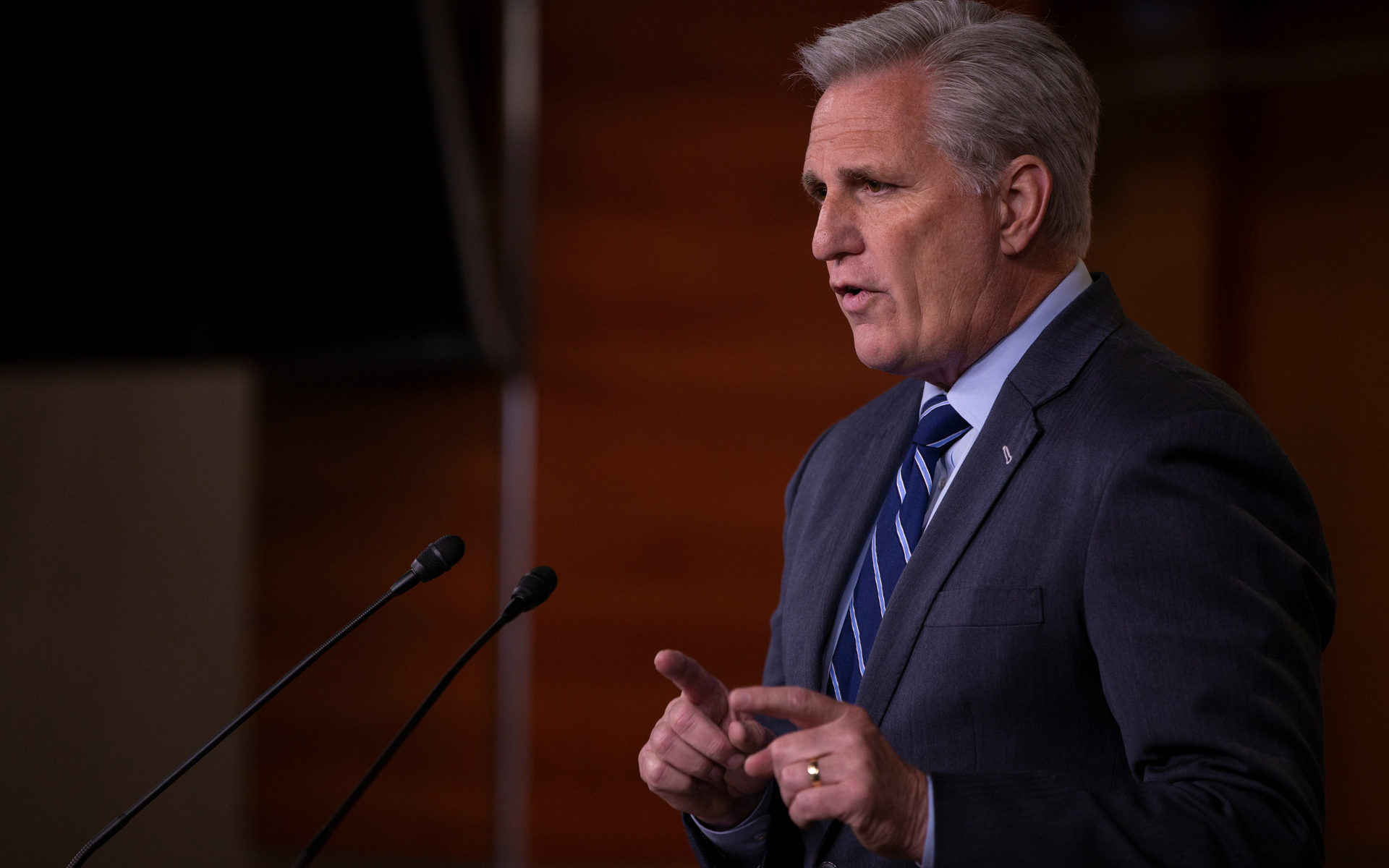 Since revealing the concept for it’s new Libra cryptocurrency, Facebook has again become a topic of deep discussion and contention. Various governments around the world have expressed concern over the company operating what some have labeled a shadow bank and many are resorting to using the age-old trope that cryptocurrency facilitates illegal activity as a defense.

There are hardly any lawmakers issuing commentary supportive of Libra and at the time of writing, the US Senate Bank Committee is meeting with Facebook executives to discuss the intricacies of the payments oriented cryptocurrency.

Earlier today, during an interview with CNBC, Republican House Minority Leader Kevin McCarthy admitted that he likes Bitcoin and the decentralized aspect of cryptocurrency but also had strong concerns about Facebook’s Libra token. McCarthy told CNBC, “I like bitcoin and the security of the blockchain ledger technology behind cryptocurrencies.” 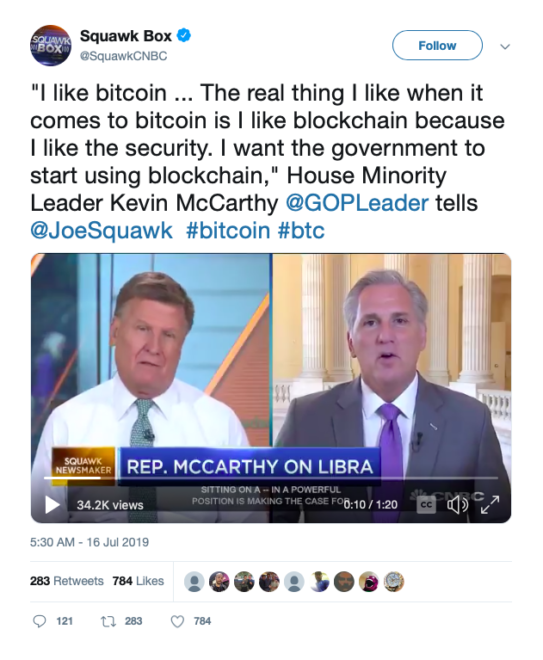 While Bitcoin and Libra are both cryptocurrencies that utilize blockchain technology, Bitcoin as a whole is not owned by anyone, nor backed by a sovereign currency. According to Facebook, Libra will be pegged to an assortment of government-backed currencies and McCarthy is concerned that Libra’s lack of decentralization could lead to anti-competitive behavior and other regulatory violations. McCarthy elaborated by saying:

When I’m on Facebook, I’m not the customer, I’m the product. Facebook is free because they sell your data to make money. Now they want to get into the business, and they’re not Bitcoin, in this Libra. They’re not decentralized.

During today’s Senate Banking Committee hearing, McCarthy said he will seek to determine whether Facebook has considered its ‘potential anti-competitive behavior’ and he said that “I want to see decentralization because Libra concerns me that they’re going to control the market.”

Facebook appears to have anticipated this sort of government pushback and for this reason, the social media giant designed Libra to be run by a nonprofit consortium which includes Visa, Paypal, Uber, eBay, Spotify, and Lyft. McCarthy is not the only pseudo-crypto supporter with questions about Libra.

Republican Senator Pat Toomey also told CNBC that lawmakers should hear Facebook out before drawing any conclusions. Toomey said, “I don’t want to presume in advance that we’ve got to prevent the development of some new innovation”, but he also said he will seek to find Facebook’s motivation for launching Libra as the company has said that they are not purely motivated by profits.

Do you think the Libra will be regulated by the U.S. government? Share your thoughts in the comments below!