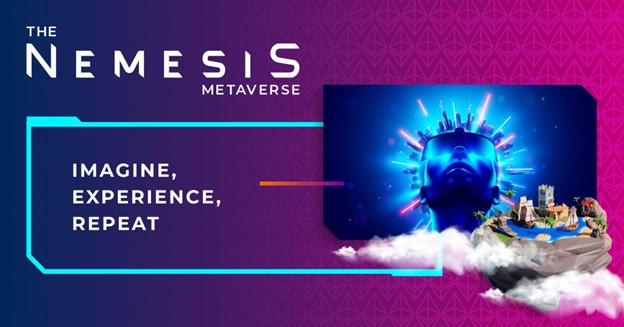 The emergence of social media has allowed humanity to interact in a way that had never been possible before, changing the way we communicate, but also who we communicate with. Geographical barriers have been overcome, communities have been created, and we have new ways of expressing ourselves at the touch of a button.

And yet, despite the advancements that have allowed for greater communication, almost every major social platform, such as Facebook and Twitter, has faced challenges surrounding the anonymity and protection of online data. Now, the way we network online is set to be replaced by a  model intended to be fairer and to belong to everyone, not just a handful of Big Tech companies.

In the most basic sense, the Metaverse is simply a transfer of physical objects into the virtual world. However, ever-increasing sophistication within virtual reality and blockchain technology means that interactions that take place in the Metaverse will be enhanced via the element of trust that the blockchain provides, moving from Web2 to a Web3 model.

When people refer to Web1, Web2, and Web3,  they are referring to the stages of evolution of the internet, which has progressed rapidly from its inception as a “read-only” Web1, to the existing version of Web2 which brought the advent of social media in the form of a “participative social web”. Web3 is the latest iteration of the internet that provides distributed ownership and control to users, that is expressed as a “read, write, execute web”.

In the context of the Metaverse, Web3 essentially refers to the move from a centralised web to a decentralised web model that sits on the blockchain and belongs to a global community of creators.

The concept of a Metaverse in which participants are able to share social presence, and push the boundaries of what it means to be truly networked, represents an enormous leap forward into the digital future- one in which the issues of security, privacy, and user sovereignty can be addressed via a Web3 model. With the emergence of the Metaverse as a tangible iteration of the internet, new social spaces are set to occupy an ever-growing share of our lives, with increasing participation from global brands such as Dolce & Gabbana, Coca-Cola, and Nike driving greater adoption.

While the Metaverse is still in its infancy, it is already proving to be one of the most radical technological developments- pioneered by visionaries who see the potential of new virtual worlds in which almost anything is possible.

We might not see the Metaverse as it is presented in Spielberg’s Ready Player One, and we certainly wouldn’t want to experience it as the simulation introduced by The Matrix franchise, however Web3 technology is driving us forward to a place in which the word Metaverse is shaping up to be much more than a pop-culture reference.

Though we may be quite some distance away from a virtual place that is indistinguishable from reality, it is reasonable to believe that this future is not far off, particularly with the recent development of blockchain infrastructure that has enabled Web3 projects to allow their vision of immersive worlds to take flight within a decentralised, equitable framework.

Although there are many ways the Metaverse business models will overlap with the physical world, from virtual work and learning spaces, to virtual tourism and digital real estate, the combination of VR and Metaverse technology makes gaming an obvious use case.

Decentralised gaming ecosystems enable users to create, share, and monetize in-game assets such as NFTs through blockchain technology. Some of the most high-profile gaming projects that run on the Ethereum network include Decentraland and The Sandbox, which allow users to enter virtual worlds and monetise their gaming experience.

However, many of these gaming experiences solely target crypto-native users, and isolate the Web2 gaming audience- with one of the biggest barriers to mainstream adoption of the Metaverse being the difficulty accessing decentralised platforms.

The Nemesis is a Metaverse project that recognises the need for more inclusive Web3 environments, and addresses this with their unique hybrid model that seamlessly unites Web2 and Web3. The Nemesis capitalises on the technological foundations of the blockchain and develops this further with their selection of virtual worlds in which travel, 3D experiences, and gaming are at the centre. There is no need for downloads and it works on desktop and mobile devices. Users are able to connect a wallet if they like, however this is not required for the initial user experience.

The Nemesis aims to onboard all users by making their platform Web2 accessible, allowing users to visit virtual worlds without purchasing any items and engaging in social interactions through their in-world chat portal. The team behind The Nemesis have carefully crafted several 3D immersive worlds in which users can participate in fun activities, as well as reap the rewards of other elements such as property ownership, event management, and even take part in real-world experiences.

Crucially, platforms that reduce barriers to entry are fundamental in catalysing the mass adoption of Web3. And while Web3 will undoubtedly be the foundation for the Metaverse, it will require the support of the mainstream, who will need to be shown that the Metaverse is going to have a profound social impact. Fundamentally, the role of industry participants and developers is to demonstrate that the Metaverse is already here, waiting for them to play, earn, and congregate.