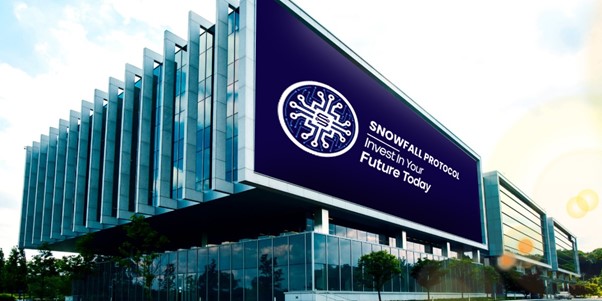 In 2023, Snowfall Protocol Expected To Triumph Over Polkadot (Dot) And Stellar (Xlm) Coins!

Polkadot (DOT) Experts predict it will rise in 2023

All Polkadot (DOT) tokens ever created and still in circulation are currently worth about $7.1 billion. The Polkadot (DOT)  value has increased by 5.19% in the last seven days. In the past day, the cost has gone up by 2.14 %. At this time, a DOT will cost you $5.2995. Polkadot has fallen  90.36% from its all-time high of $55.00. The price of DOT has fallen dramatically over the past couple of months, but some analysts predict it will rise in 2023. Polkadot (DOT) will need much time to recover and return to its earlier highs.

Many bad things have happened to Stellar this year (XLM). In January, the cryptocurrency’s value was at its highest, at $0.39. Unfortunately, things have gone sour since then, and its value has dropped by 90% in the previous year. The drop might be attributed to several different causes. The decrease in demand for Lumens, Stellar’s (XLM) native currency, is a major contributor.

One of the few cryptocurrencies that have a chance to take off in the new year  is Snowfall Protocol (SNW). Most market experts expect a 1000% increase in value when the token is formally launched on numerous platforms at the end of the second presale period. As a result, in the final phase, the Snowfall protocol (SNW) price per unit would increase from $0.025 to $0.075. Unlike other cross-chain exchange networks, Snowfall Protocol (SNW) can accommodate fungible and non-fungible tokens. The Snowfall protocol (SNW) decentralised application facilitates asset transfers between the most popular blockchains.

In 2023, if Snowfall protocol (SNW) continues to rise at this rate, it may be one of the most valuable cryptocurrencies. This anticipated increase in price can be attributed to a few different factors. The primary benefit of Snowfall Protocol (SNW) is that it grows the blockchain industry, and compatibility between blockchains will become increasingly important. Due to their decentralised nature, blockchains cannot effectively share information, making it difficult for users, such as content creators, to move their content and currency between networks.

Snowfall protocol (SNW) is going to be massive in 2023. This is the best time for investors to get the tokens at a discount. Those who invested in presale phase 1 have recorded 300% returns. Presale phase 2 will end in three days. Hurry now!

Find Out More About The Snowfall Protocol Presale