Industry Report: Apple’s Got a New Grudge Against Crypto

Seagate plays surrogate host to cryptocurrency malware, Europol cracks down on digital currency launderers, and Apple doesn’t like ShapeShift. Want to catch up on your latest tech and virtual currency news? Take a look at the stories below.

Also read: Industry Report: The iPhone is the Latest Fan of Bitcoin

Many of Seagate’s FTP servers have inadvertently played host to criminals who use the devices to spread cryptocurrency malware. Researchers at Sophos discovered this problem, finding that the “Mal/Miner-C” program hijacks processing power from computers, using it to mine Monero.

As with similar programs, the software does not act on its own accord, but rather relies on respective users for execution. Attackers seem to specifically look for weak or vulnerable FTP servers, where they can log in using anonymous accounts and then copy the malware in all directories. Sophos has already come across the presence of nearly two million Mal/Miner-C entities in over 3,000 systems in just the last six months alone.

Europol has joined forces with INTERPOL and the Basel Institute to crack down on the world’s growing group of cryptocurrency launderers. The team will also hold regular workshops and meetings aimed at informing the public on digital currencies and the criminal activities they can reportedly attract.

“To trace assets transferred, laundered, exchanged or stored through the use of cryptocurrencies poses new and distinctive challenges to investigators and prosecutors,” Europol explained in a statement. “As does the seizure and confiscation of the proceeds of crime in cryptocurrencies.” 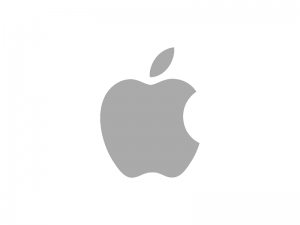 Apple has removed ShapeShift from the App Store, and so far, no reason has been given. The tech company has earned a reputation for being rather stringent when it comes to the acceptance of digital coins. Apple only began allowing bitcoin wallets in mid-2014, despite the fact that Android had embraced such wallets years prior. It also previously removed the game SaruTobi from its stores following panic that users would think the bitcoins they earned in the game were real.

At this time, it is unclear if the removal is temporary or permanent.