Japan won’t let Mt. Gox bring it down, MGT brings Bruce Fenton on board, and a digital bank says “yes” to Bitcoin. Want to catch up on the latest digital currency news? Take a gander at the stories below.

Despite its gruesome history with Mt. Gox, Japan is refusing to give up on digital currency. In a statement on Tuesday, Bank of Tokyo-Mitsubishi UFJ confirmed that it is experimenting with a new digital currency that utilizes Bitcoin technology to process transactions.

A spokesman for the bank explained:

“The details have not been decided. . .We can only say that it’s true that MUFG is conducting demonstration experiments on the ‘Coin’ within the company utilizing a block chain technology.”

The system will work much like pre-paid electronic money, and will also include an app that will allow users to withdraw funds from their bank accounts via their smartphones.

MGT Capital Investments, Inc. is bringing Bruce Fenton, the executive director of the Bitcoin Foundation, onto its cryptocurrency advisory board.

Fenton, who is an economic strategist and advisor, has also worked with leading private equity firms and global charities. He holds his roots in Morgan Dean Stanley, where he was a specialist in managed accounts and one of the “youngest stockbrokers ever to work for the company.”

In a statement, Fenton enthusiastically mentioned:

“As an active member of the cyber-currency industry through my Bitcoin business ventures and position as Executive Director of the Bitcoin Foundation, I am honored to support the efforts of John McAfee in providing advanced cyber security for this burgeoning industry… I have long been an enthusiast of cyber-currency technology and believe cyber security will play a role in advancing the broad trust and use of currencies such as Bitcoin.” 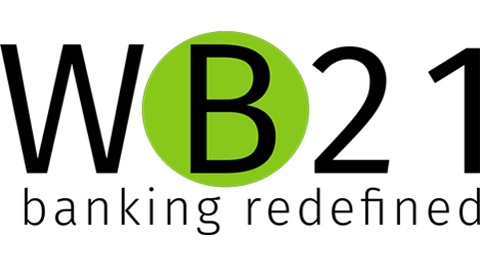 As a result, customers can now use Bitcoin to transfer and deposit funds into their checking accounts, and with zero confirmations needed, a speedy transaction process is ensured for all. Thus far, the bank has accumulated about half a million customers from around the globe.

“A bank accepting bitcoin is quite unusual. However, it makes total sense for us and provides huge benefits to our clients. . .By accepting bitcoin, our customers can instantly transfer funds to their WB21 account from any country in the world. . .As soon as they send bitcoin to our address, we credit the value in the currency the customer has selected to their checking account. . .The process to convert bitcoin into cash on a bank account is the fastest I am aware of. For us, the acceptance of Bitcoin is a great way to support our global roll-out and improve customers’ fund depositing experience.”

Know of any stories that deserve to be included in our regular industry reports? Post your thoughts and comments below!