Andreas Antonopoulos speaks with Joe Rogan (again), digital currency becomes a TV star, and the first case of Bitcoin-based drug trafficking is detected in India. Want to catch up on your latest digital currency news? Have a look at the stories below.

Andreas Antonopoulos is set to make his fourth official appearance on the “Joe Rogan Experience” in September.

“I have been invited to go on the Joe Rogan Experience podcast for the fourth time,” Antonopoulos said in a Reddit post. “Please join me, live, on September 7th. The JRE podcast now has almost double the audience it had last time I was on, more than a year ago. Joe is as excited about bitcoin as ever, and we have a lot to discuss.”

Rogan first welcomed Antonopoulos as a guest in early 2014.

Bitcoin has become so popular and well-known that it’s now making appearances in several television programs. The digital currency recently made a cameo in a leaked episode of the hit show “Mr. Robot.” Viewers were treated to a cryptocurrency-based story line in which the financial network has been infected with malware, and a specific kind of ransom is required to stop the problems from spreading. 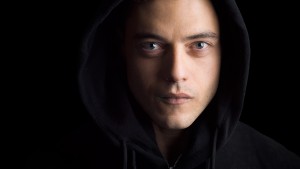 Other shows to recently feature Bitcoin include “Startup” starring Martin Freeman; “CSI Cyber,” and “The Simpsons.”

The Narcotics Control Board in India has reported the country’s first case of bitcoin-based drug trafficking over the darknet.

“For the first time, we have detected drug traffickers using the dark-net and Bitcoin for running the illegal drug racket in India,” Director General RR Bhatnagar said. “I can tell you that our investigations have shown that some of these operatives are based in the country. We are probing them.”

While slow to adopt digital currency, India has been a long-time importer of heroin and opium. Prescription drugs have also held a regular presence in the country. The agency believes that finding the culprits will be difficult, but not impossible.

Know of any stories that belong in our digital currency industry reports? Post your comments below!