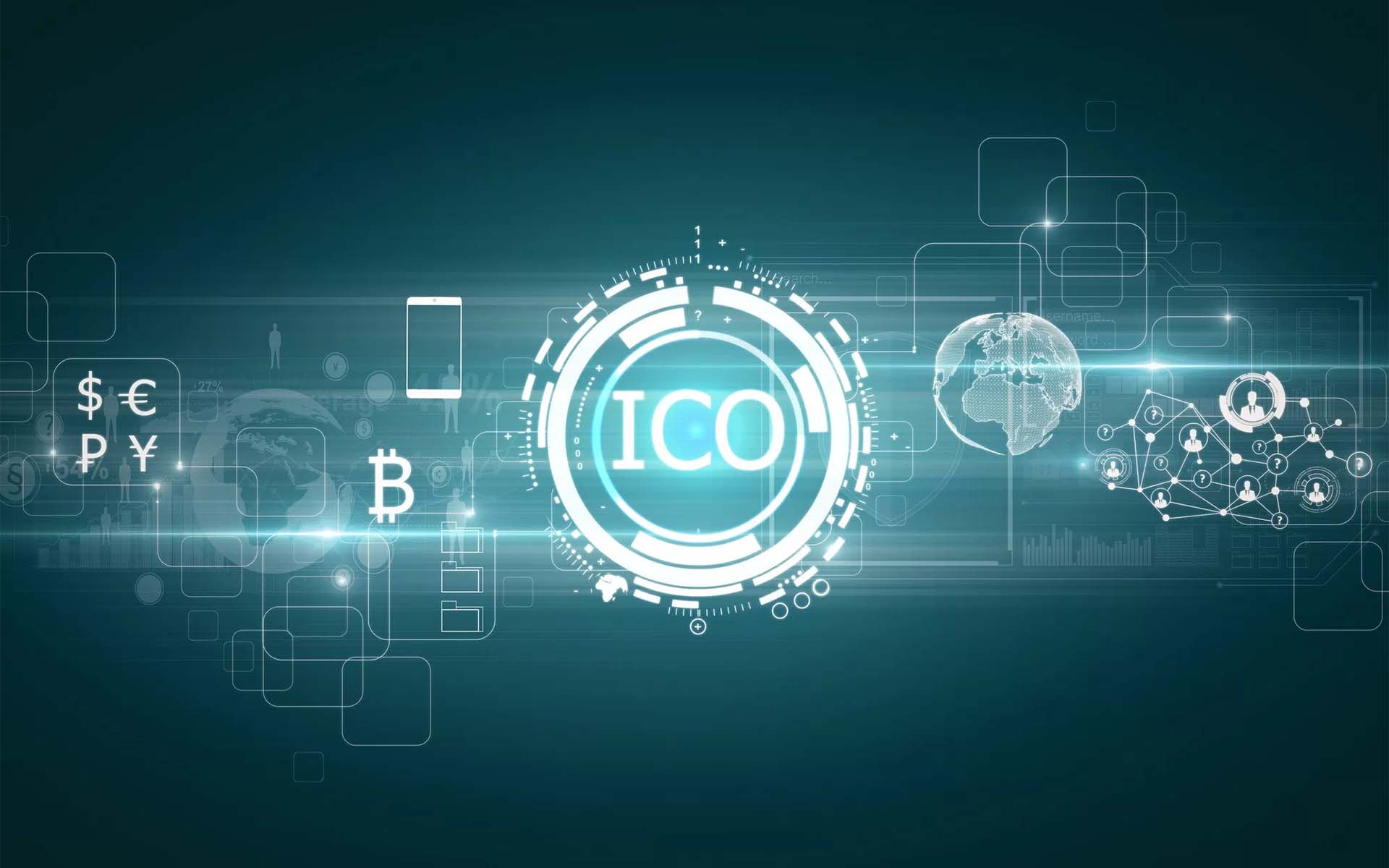 New businesses around the globe have been raising thousands of dollars through digital currency. This is an exciting time for the startups. As per the Richard Kastelein, partner of the Cryptoassets Design Group – company involved in the launch of ICO, more than half a billion dollars has been raised by various startups this year so far through Initial Coin Offerings. This is absolutely astonishing amount when we consider that the ICO is just over five years old.

That’s not all, the speed at which it has been raised is also astonishing. Like, Gnosis – digital market for Ethereum, raised over $12 million in 10 minutes in the month of April, whereas, Brave – web browser startup from the promoter of Mozilla, raised over $35 million in less than half a minute (that’s right – just 30-seconds) in July 2017. According to the Jan Isakovic – CEO of the Cofound.it, the ICO space is on the fire for the last six to eight months but has boomed since April of this year, and it is growing at an exponential speed.

In order to raise funding through the Initial Coin Offerings, the startup offers digital currency to the investors which can only be spent within its ecosystem, just like a Disneyland Dollars which can be used only in the Disneyland or can be utilized to fuel part of the business.

The most unusual thing about the ICO is that the coins sold are for a new marketplace which is yet to be built. The investors who invest in ICO believes that the platform will become successful as more and more people join and the value of their investment will multiply.

One of the biggest advantages is that unlike the traditional form of funding (Venture Capital or Crowdfunding) which takes over four to six months to raise the funds, the ICO funding happens in few minutes or in some cases few seconds only, saving a valuable time.

Setting Up the ICO

Setting up the ICO is an absolutely easy task. Ethereum which is a blockchain based public system which allows people to write “smart contracts”. A “smart contract” is nothing but a piece of code or piece of software. The smart contract indicates the number of tokens being issued at a specific number of cryptocurrencies like the Bitcoin or the Ether. For example, the issuer may write that he is selling 1 million tokens for a cap of 1000 Bitcoins.

Generally, the crowd sale lasts for four weeks or the max cap is reached, whichever is earlier.  Basically, it is a 3-5 pages’ program and rest is done by the platform like the Ethereum.

In fact, the Ethereum itself conducted one of the first ICO back in 2013 to raise funds through selling their digital currency Ether. According to one of the people involved in building the Ethereum, Joseph Lubin, that the ICO has a global context of buyers and likes of college kids who have $50 and is excited about the new technology, and they throw their $50 into the token. He further adds that this way the amount of capital unfreeze for innovation and growth is unparalleled, whereas, on the other side, the project which was never going to see the light will be able to come alive.

Why is it Worth Looking At?

The case in point here is –  Gnosis. On 24th April 2017, 3 gentlemen launched a crowdsale based on the concept they had been working for over a two years, known as the “Cambrian Explosion of Machine Intelligence” or called Gnosis. They wanted to raise over $12.5 million.  They sent out a smart contract which included 49-page of white paper and few thousand lines of codes. They kick-started their ICO with a ceiling of $12.5 million and within 11 minutes they had accomplished their goal. After a couple of months, the GNO coins were trading at whopping $335 each, giving a valuation of over $3 billion to Gnosis.

So, one right investment would make you a millionaire or maybe a billionaire in no time. The speed at which these ICO coins have been moving is the major reason why they are gaining so much popularity and fame.  The Ether, the cryptocurrency of the Ethereum platform has given a return of whopping 2700% in last 12 months alone. The market is currently hot, the ICOs have raised over $850 million in no time, that too without any regulatory hiccups.

The reason that it is away from the regulator’s hand, and has been generating jaw-dropping returns for the investors. The ICOs are clearly gaining momentum and as rightly pointed by someone, this is just the start.

What is the Difference Between ICO and IPO?

To better understand the ICO, we will compare it with the something similar and well-known source of funding – the IPO. The Initial Public Offering (IPO) refers to the sale of shares of an organization for the first time, with an intention to raise funds to expand and develop. Let’s understand the difference:

For an IPO, a company must file a legal document called the prospectus with the respective regulatory authorities. This legal document is guided by the rules set by the authority and must include information regarding the company’s financials.

On the other hand, the ICO is not bound by any legality or legal authorities. However, the developer or the issuer offers a white paper containing key information, purpose, and its mechanics. As discussed, there is no legality and hence, there is no standardization when it comes to issuing a white paper. So, you may find a white paper with lesser information.

The IPO requires furnishing several pieces of information regarding company’s financial that too audited by professional accounting firm. Further, they need to meet a minimum earning requirements and much more. These requirements provide natural filters for the company before entering the primary market. Upon meeting these stringent requirements, the IPO is offered to the public and hence, the investors into such IPO can rest assure that they have met the minimum set requirements by the regulator.

At the same time, as the ICO do not require to meet any legal obligations, they do not have a track record, also, their credibility can only be assessed through the white paper which is hard to evaluate. While offering ICO, some may have a prototype of the product whereas, most of them only have a conceptual outline of the project and hence, it makes it nearly impossible to assess the fundamentals of the project.

In the IPO, generally, the investor is granted a proportionate ownership of the company and he is entitled to the future dividends and other benefits. However, the ICO, on the other hand, does not guarantee ownership. But there are other ways and means by which the investors can reap benefits of their investments, however, it depends upon how the tokens are structured.

The IPO process may take up to 4 to 6 months, depending upon the regulatory framework in the country of issuance and legal obligations. On the other hand, the ICO can be started as soon as the white paper & smart contract is constructed and finalized. The duration of an ICO is capped by the max amount required by the fundraiser or one month, whichever is earlier. Some of the most sought-after ICOs have completed within few minutes.

The IPO has preset proportion available for various categories i.e. retail, HNI, FII, etc. However, the ICO can be subscribed by anyone who has the base currency and the individuals can place bids for any number of tokens. This democratization of the ICO is one of the major reason for them being so attractive.

How is the Future Stacked?

Currently, the ICO market is not regulated anywhere in the world, however, several governments are looking at the digital arena very closely. We believe that the authorities will start framing laws for ICOs as this could be the next big opportunity for them. Till then, as an investor, it is advisable to conduct a thorough due diligence before investing into any of the ICO.

To aid you in your journey, we have found two absolutely informative websites: ICO Token News (www.icotokennews.com) and Crypto Coin Judge (www.cryptocoinjudge.com). These two websites provide an abundance of information regarding ICOs, Cryptocurrencies, Investment Ideas, Best dealer or brokers, latest information regarding hot and happenings of ICO & crypto market, and more. They can be utilized by both naïve as well as seasoned professionals to gain further knowledge and sharpen their skills. Happy Investing!