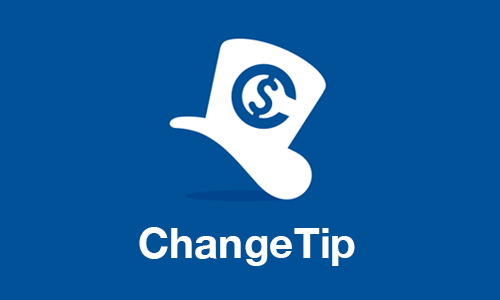 Interview with ChangeTip: The Love Button For The Internet

During the Miami Conference that we covered earlier this year, we met several companies and individual all looking to improve an aspect of Bitcoin in one way or another. Bitcoinist met ChangeTip at the conference, and you may have seen there work in play over social media channels, most popularly Reddit.

Besides tipping in the /r/Bitcoin subreddit, we have seen Bitcoin tippings in the /r/Dota, /r/Dogecoin, and many more subreddits. You can also tip on Facebook, Twitter, and Youtube. Tipping is a great way to introduce new users to Bitcoin, as you are providing them a financial incentive to learn about Bitcoin.

On top of introducing people to Bitcoin, it’s a easy way to send micropayments (which is defined as transactions under $25 in value) to content creators for example, and created an entirely new business model that wasn’t possible before with traditional monetary systems which shows the beauty of Bitcoins decentralized structure.

I talked to both Dan and Victoria from ChangeTip and asked them a couple of questions, thanks for your time guys! 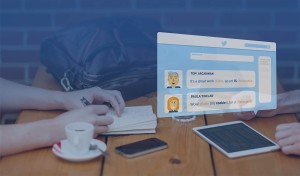 For our readers who may not know, what would you explain ChangeTip as?

ChangeTip enables micropayments over social media, as a platform built on top of Bitcoin.  We give users a new way to show appreciation over the internet :)

How was Changetip at CES this year?

CES was an amazing experience to interact with tech industry leaders.  We got a ton of positive reactions from people we introduced to both Bitcoin and ChangeTip!

Since launching last April, how has ChangeTip grown?

Our growth has skyrocketed since October, and in the last few weeks we have seen amazing growth.

How does ChangeTip stay afloat money wise? Do you take a commission rate?

At the moment we’re more focused on new user acquisition rather than revenue generation.

With the recent seed funding from Pantera Capital, in what ways will this contribute to improving ChangeTip?

We plan on using our seed funding to grow our team, build additional features, and scale our product!

What can we expect in the future from ChangeTip?

Expect new channels, and new features that make ChangeTip easier to use and more engaging :)

ChangeTip is an increasingly popular source of tipping or making micropayments due to Bitcoins ease of use. As more and more services support tipping, the need for tipping currencies may be a thing of the past now.

Do you use ChangeTip? How many people have you tipped? Let us know in the comments below!