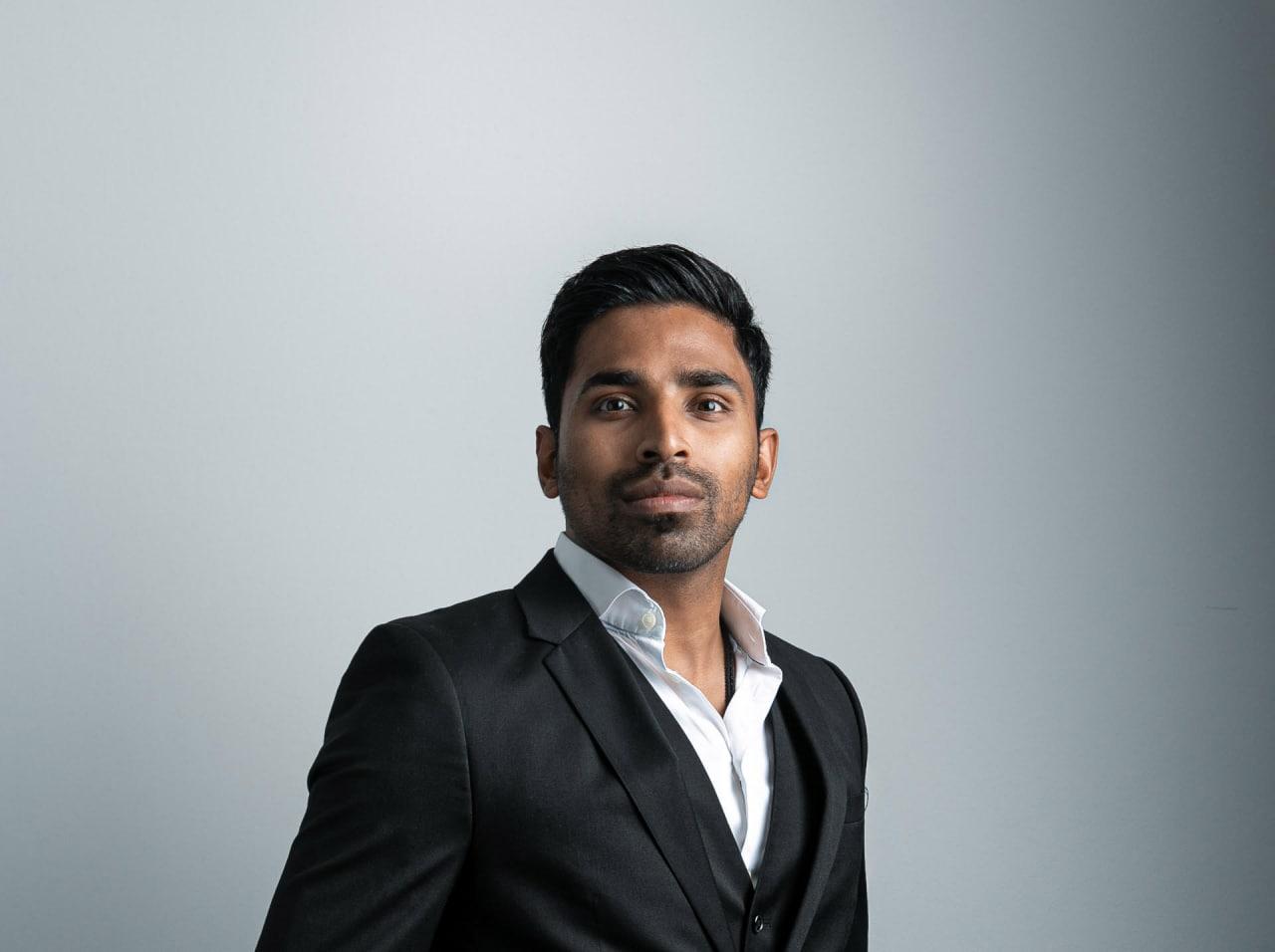 by Bitcoinist
in Interviews
0

“We participate directly in the rising Bitcoin price“

Northern Data, the specialist in high-performance computing, is one of the world’s leading providers of infrastructure for Bitcoin mining and listed on the Frankfurt Stock Exchange (XETRA: NB2, ISIN: DE000A0SMU87). We spoke with founder and CEO Aroosh Thillainathan about the prospects for Bitcoin and the growth expectations for Northern Data.

Mr. Thillainathan, Bitcoin is gaining more and more attention, not the least because of the enormous rise it is currently experiencing. The Bitcoin price has more than doubled within the last few weeks. Where is this momentum suddenly coming from?

There are many reasons: Payment companies such as Paypal and Square have recently announced that they will enable their customers to pay with Bitcoins in the future, thus opening up a mass market for digital currency. In addition, the first US companies are currently starting to shift their currency reserves into Bitcoin – first and foremost the US software company Microstrategy. The US capital markets players are also beginning to discover Bitcoin. Just recently, JP Morgan published that their strategists believe Bitcoin can reach $146,000 and higher in the long term as it begins to compete with gold as an asset class. And there are rumors that various central banks are buying Bitcoins on a massive scale right now. The very fact that there is no one reason is why, for me, the current rally in the Bitcoin price is on very solid footing.

In your view, does Bitcoin have the potential to become an asset class like gold, stocks, or bonds?

It already is! While the utility of Bitcoin as a payment instrument is still in its infancy, Bitcoin is already the “better gold” for the new generation of investors. It is a safe way to store value, especially in these current times with more and more governments expanding their money-printing activities.

But gold has been accepted as a so-called “store of value” for thousands of years, while Bitcoin is only a little older than 10 years.

Bitcoin, however, has a number of advantages over gold: It is free and easier to store, and it allows its owner to access, share, or transfer assets from anywhere in the world at any time. Imagine, for example, on a Sunday afternoon you want to transfer gold for the equivalent of 5,000 euros from Frankfurt to Hong Kong within minutes. What is completely impossible with gold is no problem with Bitcoin. And in terms of effort, it is also completely irrelevant whether you transfer Bitcoins for five thousand or five million euros, which of course makes Bitcoin particularly attractive for professional investors. And finally: It is a question of the collective acceptance of Bitcoin as a “store of value”, and in my opinion that is now a widely accepted fact.

So, you see Bitcoin as a new asset class. Doesn’t the Bitcoin price fluctuate too much for that?

Let’s remember the spring of last year when many stocks plummeted by more than 50% within a few days. Bitcoin does not fluctuate any more than other volatile asset classes. Due to the money-printing orgy, we are currently seeing, any and all asset classes promising returns will remain volatile in the future. And, by the way, fiat money – which is the euro, dollar, and so on – is also very volatile. In fact, the USD probably lost about 20% of its value in the last 12 months. At least. Most investors just don’t see it yet, because they take exactly this fiat money as a reference value, which creates the illusion that fiat money is stable.

Do you see further upside potential in Bitcoin?

Bitcoin offers investors the opportunity to escape the devaluation of their fiat currencies through the massive injection of money by almost all central banks. It is estimated that in the year just ended, more than 22 percent of the US dollar in circulation was printed by the Federal Reserve. So, when you realize that almost a quarter of all existing US dollars were created in the past year, you realize the immense potential of Bitcoin as a store of value. We are only at the very beginning.

Doesn’t mining threaten Bitcoin with a fate similar to that of the US dollar?

Not at all. Since the final Bitcoin quantity is limited to 21 million pieces, it stands in sharp contrast to conventional currencies, which suffer from unlimited money creation by central banks. Currently, 18.81 million Bitcoins exist, with 900 new Bitcoins added each day through mining. In 2140, the last few Bitcoins will be mined, and from then on there will be no more new Bitcoins. The scarcity of Bitcoin is its ultimate value proposition.

If Bitcoin establishes itself permanently as a new asset class, will we all invest some of our wealth in Bitcoin at some point?

Absolutely. And as Gorbachev so beautifully said, “Those who are late will be punished by life itself”! A striking example: Last year, more than 24 million people had assets of more than one million dollars. Thus, absurdly, it will never be possible for every millionaire to own one single Bitcoin because there are simply not enough Bitcoins.

With all these positive prospects for the future, isn’t there the potential for setbacks? Bitcoin is still not regulated everywhere, and couldn’t negative assessments by the SEC, for example, put an abrupt end to the price upswing after all?

The further regulation of Bitcoin is, of course, an issue that could once again threaten setbacks. And as I said, investors need to be prepared for volatility, not just in Bitcoin, but in all asset classes. The financial world has changed dramatically in recent years. On the subject of regulation, Bitcoin has already reached a scale where it can no longer simply be “banned.” Large publicly-traded companies in the US are currently already starting to invest significant portions of their cash reserves in Bitcoin, and large investment companies such as Fidelity and the first insurance companies such as MassMutual have also discovered the cryptocurrency. That Bitcoin will be further regulated globally is evident, and when this process is completed in the coming years, Bitcoin will have fully arrived at the mainstream. It is also interesting to look at markets where Bitcoin is already regulated. For example, Bitcoin has been officially recognized as a legal tender in Japan since 2017. The experience with it has been extremely positive and gives a good indication of what we can expect in other markets. I would sum it up like this: More regulation will make Bitcoin stronger in the long run, not weaker.

Your company Northern Data itself is one of the largest providers of Bitcoin mining infrastructure. How long have you been active in this area?

We turned to Bitcoin mining with our team at a very early stage, almost eight years ago at this point. Bitcoin mining is highly competitive. Only those with the most efficient infrastructure can survive the fierce competition. Due to our very early entry into this market, we were forced to develop our own proprietary solutions to the challenges that come with it. Bitcoin mining is one of the first and largest applications of high-performance computing (HPC), in which hundreds of thousands of highly specialized computers solve complex computational tasks in parallel. This presents extreme challenges, in part because the chips used have special requirements in terms of their power consumption and cooling needs. We, therefore, had to develop our own proprietary innovations in the area of cooling and needed a special AI to control thousands of computers in parallel. But this pressure to develop our own innovations at an early stage is the basis of our success today. Today, we serve multibillion-dollar corporations and offer full-scale Bitcoin mining services: from purchasing the hardware to set it up, to running it successfully in our data centers. 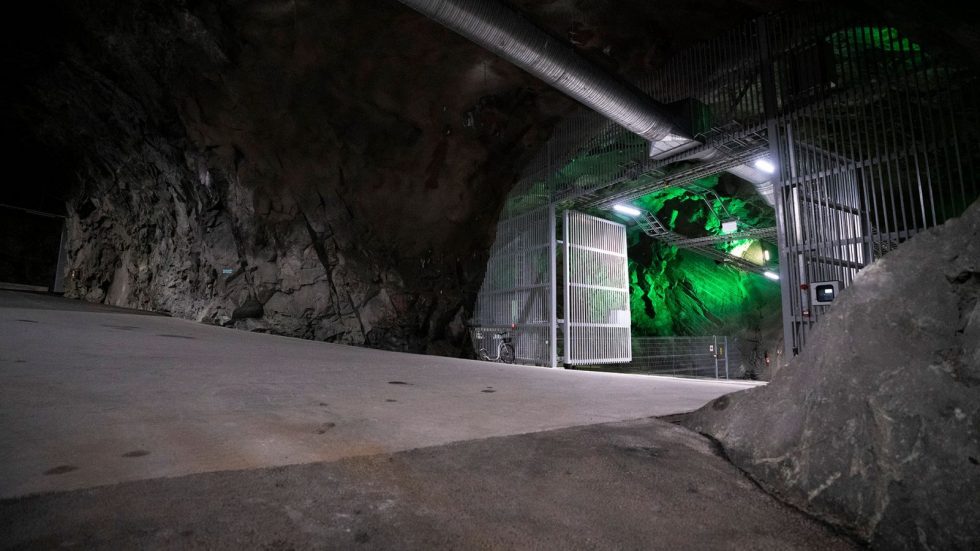 How does your company benefit from the positive development of Bitcoin?

On one hand, we are experiencing massive demand for our infrastructure, such that we are currently opening a new data center site every few weeks. The demand is simply overwhelming, and we have long waiting lists. As we enter into long-term contracts with our customers and they pay us up front to build the infrastructure, this creates a massive global infrastructure for HPC in a comparatively short period of time. This infrastructure is owned by us and will enable us to achieve great growth for many years to come. With individual customers, we have also agreed to variable remuneration components in addition to the basic remuneration, with which Northern Data itself participates directly in the rising Bitcoin price. Due to the current development, we are talking about a very significant additional upside here, which we have not yet taken into account in our public forecasts. 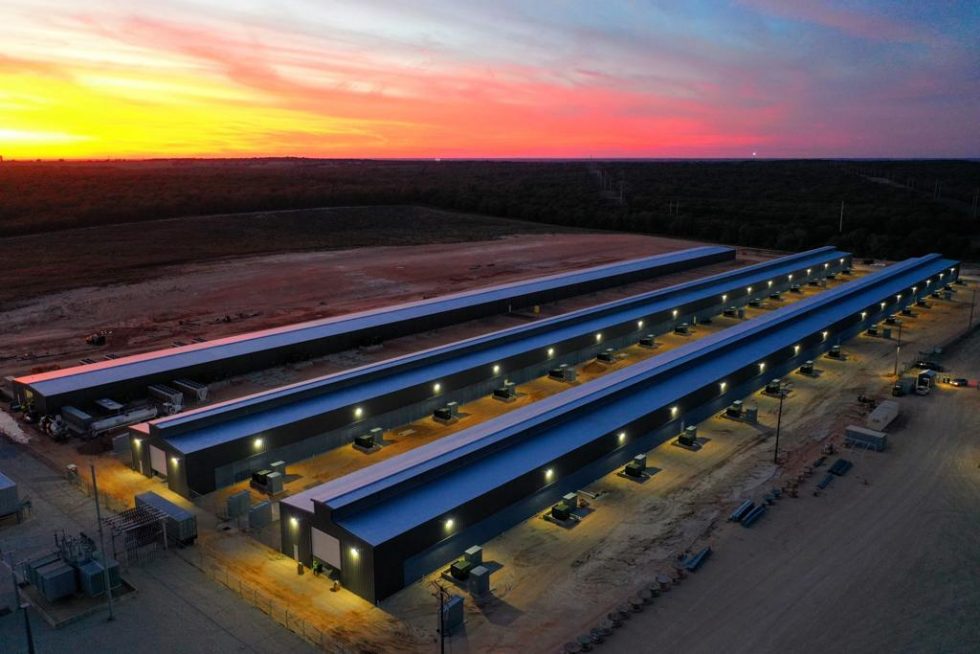 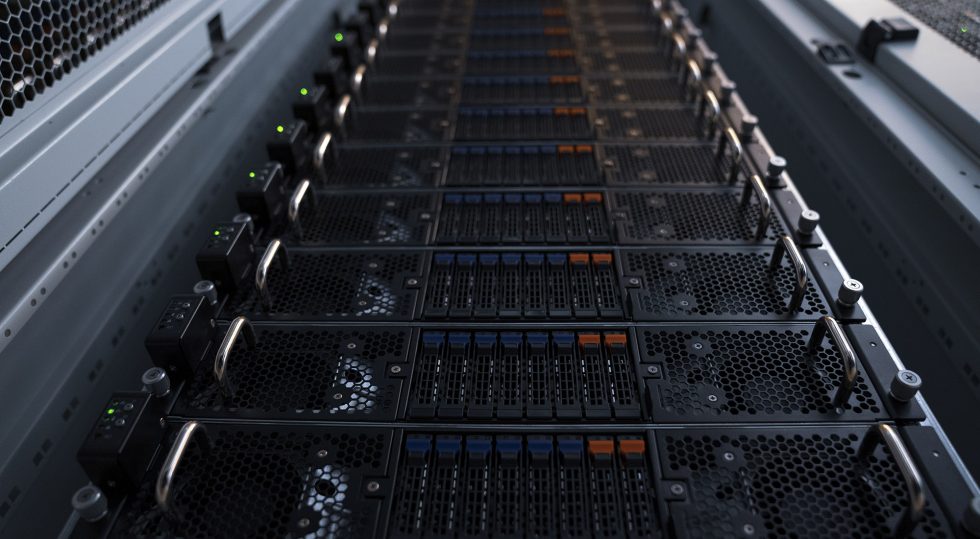 And what does it look like for 2022 and beyond?

Since we are currently in a high-growth period as mentioned above, the 2021 figures are only the basis for continued high growth in the coming years. In the future, in addition to the establishment of Bitcoin as a new asset class, we will benefit very strongly from the other applications in the area of HPC, which are just now starting to become relevant. While currently, the majority of our customers are still Bitcoin miners, our customer base should be much more diversified by the end of this year, for example with customers in AI, deep learning, research, or rendering.

As I said earlier regarding the Bitcoin price, we are just at the beginning. This is also true for Northern Data, both in terms of our operational numbers and our company valuation.

How Blockchain Can Aid Companies To Improve Asset Management, An Interview With AXA Investment Managers

Interview With SymBULL on How They Support the First Crypto EcoVERSE

Anthony Hopkins Stars in NFT Based ZERO CONTACT, Cameron Chell Talks About How VUELE Will Enable It

Interview: Jay Hao, CEO of OKEx on Integration with Polygon

“We’re simply digitizing the world on blockchain” – Head of OTON