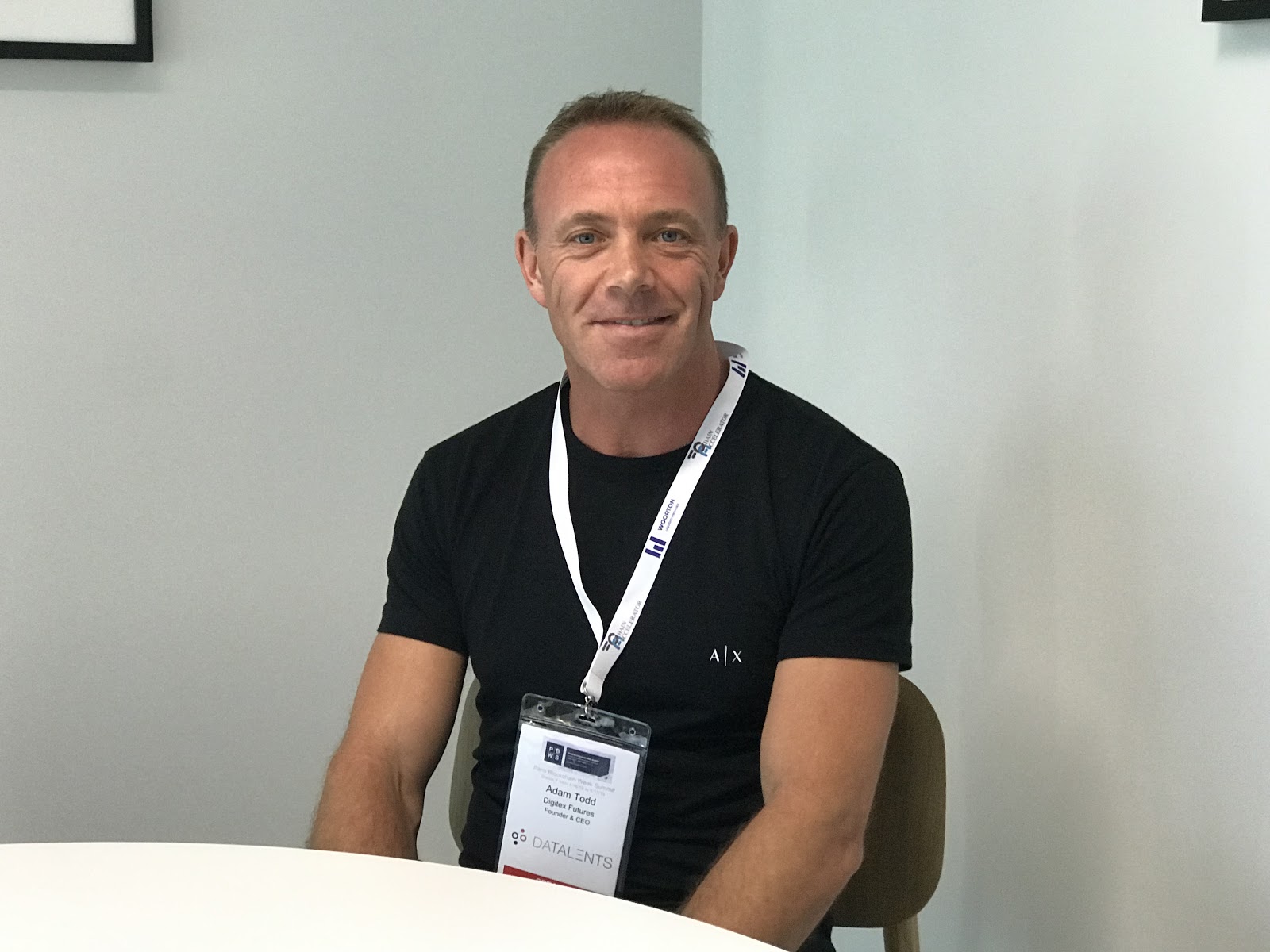 Bitcoinist recently had the opportunity to catch up with Adam Todd, Founder & CEO of Digitex Futures, to discuss his project’s waiting list, the exchange’s hybrid model, and various other topics. Here’s what he had to say.

How did you manage to get 1.5 million people lining up in your waiting list?

Well, it’s just a really great product that sells itself! Who doesn’t want commission-free trading? No, seriously, of course, it’s one thing to have a great product, but another to make sure that people hear about it. I won’t lie, we have a really excellent marketing team at Digitex! We started the waitlist campaign back in August, so it has had quite some time to build up such high numbers.

We used viral marketing and incentivized users through a waitlist competition. Users had to sign up and get a referral code and then pass that on to their trader friends. The more referrals that they made, the higher they went up in the queue. The top 10 winners each get 10K DGTX and the top 5,000 get 1000 DGTX airdropped into their accounts to trade with. As you can imagine, as the price has been rising, so were the stakes of the competition. 100K DGTX has been worth as much as $16,000 at its highest point. 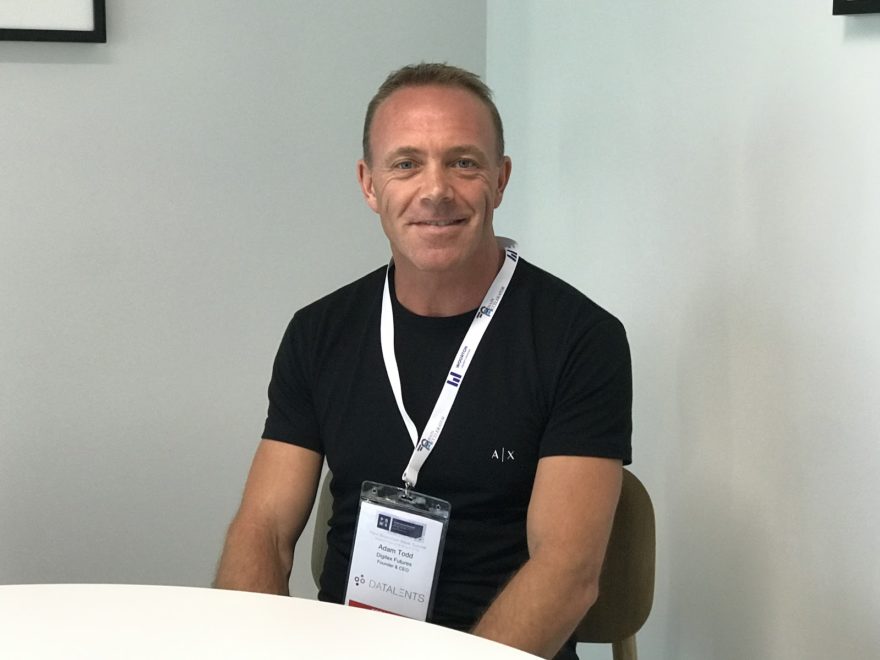 What are the main factors impacting the price of DGTX?

Like any cryptocurrency, DGTX is subject to external influences. There’s a lot going on in our ecosystem right now and many factors that can influence the price. We’re less than one week away from the public launch of our commission-free futures exchange, we had quite a lot of interest and buzz over the Paris Blockchain Week Summit last week, where I did an interview with Bad Crypto and contributed to a panel on exchanges and brokers, and just generally spread the word about Digitex.

We launched a demo at the end of the last week and the community got a sneak peek at what will be coming at the end of the month. We also launched the Digitex Treasury in March. It’s an ongoing token sale in which we locked 10% of our initial DGTX supply into a smart contract that releases 10 million tokens every three months. When we started on March 1, the price was less than 5 cents, today it’s trading at around double that. The Treasury allows people to help fund the project while getting their tokens in an instant trustless transaction direct from us.

We’ve also just got such a large community waiting for our product to come out! Since you need DGTX to trade on the platform, naturally those interested in trading on it will have to buy it, and that increases demand and therefore, price. As you said, we have over 1.5 million on the waitlist and a huge Telegram group of around 70K people. It’s really active too, we have four or five admins manning it 24/7.

What makes Digitex unique? How is it different than what’s already out there?

It’s a commission-free futures exchange and by the end of quarter three, will also be non-custodial. With just those two factors, you can see how unique the exchange is. Traders don’t have to pay commissions and they don’t have to trust us with their funds.

We’re also going to be offering traditional futures markets like Forex, tech stocks, indices, gold, and commodities. This will give crypto traders massive exposure to the trillion-dollar futures industry and the chance to speculate on entirely new markets. It will also give traditional retail traders a bridge to cross over into crypto while trading on the markets that they are familiar with.

I think another really key differentiator is that we can really say that we are an exchange whose interests are aligned with its users. Unlike exchanges that trade against its traders and siphon liquidity out of the pool in the form of commission fees, we both want token appreciation.

There is no mechanical edge against traders and, by removing the commission fees, we allow short-term, high-frequency traders the chance to actually make a living at what they do best–in a way they can’t on fee-charging exchanges.

Can you tell us a bit more about the exchange’s hybrid model and Plasma integration?

We are working alongside the Ethereum-approved Matter Inc. developer team to integrate Plasma into the backend. This will allow for decentralized account balances, meaning that Digitex won’t be able to ever tamper with customer funds. It also means that it won’t be a target for hackers and that it is a non-custodial exchange, coming in the third quarter of this year.

We are one of the first projects to implement the Plasma Protocol, which was originally described by Vitalik Buterin and Joseph Poon in their whitepaper. We’re extremely proud to be part of Ethereum’s scaling solution and when they approached us to be one of their first use cases, we jumped at the chance. Our developers have already achieved 25,000 transactions per second, which is 1500x faster than the Ethereum main chain.

What are your near-term plans after the platform is launched?

We’ve got a ton of plans for the exchange and can’t wait for it to launch. In the very nearest term, we will be onboarding the first users to the exchange on April 30 and announcing the winners of the waitlist contest on May 1. We will be launching with one market (BTC) to start with and then very quickly adding more crypto markets including ETH and LTC and traditional futures markets as well, as I mentioned above.

We will be moving from 10x leverage to 100x leverage and then also launching commission-free spot trading around quarter three. This will be really exciting as, by doing this, we will be opening up the exchange to potentially hundreds of thousands (or maybe more!) new traders. This will have an impact on the DGTX price and also on the way that people trade.

You see, most people are not used to trading with our one-click ladder interface. Once they start trading with the ladder, they won’t want to go back. It is so much simpler and easier to trade with one mouse click and to visualize the price action going up and down all the time.

So, we will be basically expanding the user base and building out our exchange.

You recently attended the Paris Blockchain Week Summit, can you tell us about the community feedback you got?

The feedback was good! I found that I am getting better at really explaining what we do and how we do it after talking about Digitex so many times! Actually, a lot of the interviews that I did behind the scenes and in the media room are just coming out or haven’t come out yet, so we are excited to see them when they come out, but the response to my on-stage interview was positive and I enjoyed participating in the panel.

We’ll be present at a lot more conferences and key events moving forward. It’s always great to meet people who are enthusiastic about the project and have a lot of questions and it’s going to be even better when we have our product launched and can speak in real-world examples.

What’s the maximum leverage that your platform will offer?

We’ll be starting out with 10x leverage while we onboard the first users to the platform, but soon after that we will be offering 100x leverage.

You say the exchange offers zero-fee trading. How’s that possible?

The DGTX exchange token is the only way that traders can access our platform. All trades take place in DGTX and all account balances are denominated in DGTX. It’s through this model that we can offer traders a commission-free trading environment.

It’s actually quite simple. The more traders that come to our platform for commission-free trading, the greater the demand, and the higher the price of the token. We’ve created a win-win situation for everyone since we’re not siphoning liquidity out of the pool in the form of commission fees.

Like I mentioned before, there is no mechanical edge against traders either. Our interests are actually aligned with our users since we want the same thing: the price to go up.

While token appreciation is the ultimate goal, this is not how the exchange makes money, we can make money if the token stays the same price because we’re sustainable even if the price doesn’t always go up.

We make money from minting a small number of new tokens each year and the inflationary cost of that is offset by demand for the token from traders who must buy it to participate in our liquid, commission-free markets.

It’s the community who decides on the inflationary cost. Holding DGTX also allows traders to participate in community votes. To ensure that we can continue to offer commission-free trading in the long term, we propose to mint a small number of tokens starting from 2021.