Interview with Peter Borovykh: Author of ‘Blockchain Applications in Finance’ 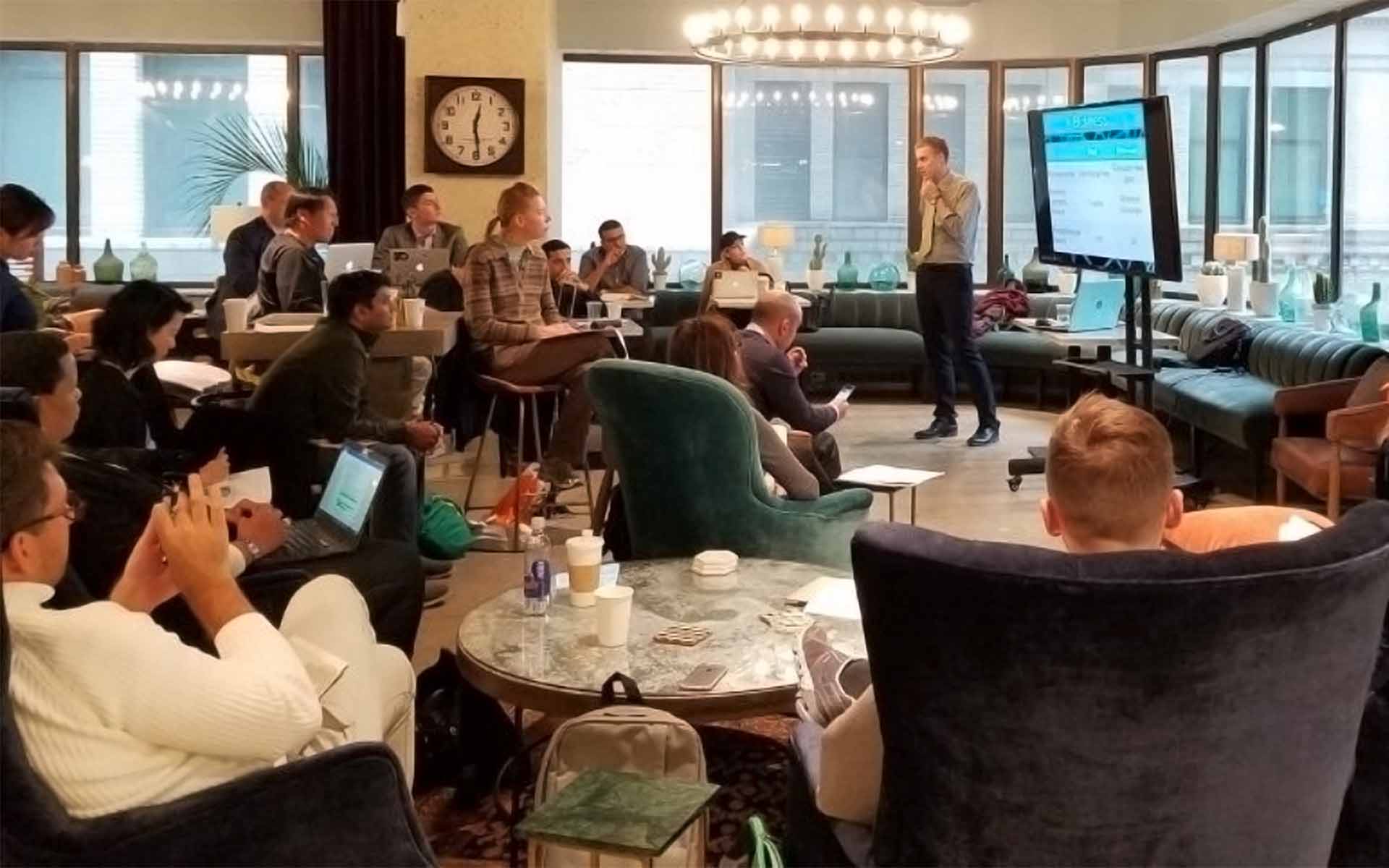 Interview with Peter Borovykh: Author of ‘Blockchain Applications in Finance’

My guest today is a well known name in blockchain circles, Peter Borovykh, who’ll be giving us an insider view of global blockchain and cryptocurrency trends and projects. He is the author of “Blockchain Applications in Finance” and has spoken at events and conferences worldwide.

Before getting started Peter cautioned that there are many projects he’s apart of that are under non-disclosure agreements, so with that said we dove right in.

Bitcoinist: I know you do consulting globally. What are some of the trends you’re seeing? How does the work you do abroad compare to the US?

PB: I’ve been working on projects in a number of different regions that are showing high interest in blockchain applications. Latin America, the US, the Eastern Europe/Russia regions, and more recently, India. The most obvious trend is that developed countries are focusing more on blockchain applications and utility rather than on cryptocurrencies, whereas for developing countries it’s the opposite.

Companies here in the US are directly going after disruption, in operations, payments, compliance, transactions, trade settlements, back office operations. I have an insurance client for example, looking to disrupt P&C insurance. That’s property and casualty insurance, which has massive potential.

Bitcoinist: So then developing countries are focused on crypto?

PB: That’s right. Here in the US payments are often done online, but in Russia for example, less than 1% of transactions are online. They’re lacking in trustworthy internet payment services. There’s a Russian version of Google, Facebook, Uber, but no one there wants to input their credit card information since there’s a reasonable fear of being scammed. But blockchain can allow that to change and that’s what I mean by bypassing the internet phase.

Bitcoinist: But I’ve heard of blockchain accelerators in Russia and Belarus. Doesn’t that mean they’re also going for blockchain utility like the US?

PB: Funny you should mention it, I’m actually consulting on the creation of that particular accelerator for Russia, Belarus, and Ukraine. It’s something they’re considering, but realistically it would take a very long time for any blockchain to be integrated. It’s just like the issues we’re seeing with banks integrating blockchains here is the US.

Bitcoinist: Blockchain and finance do seem to go hand in hand. In the early days it seemed a no brainer. So what are the issues you’re talking about?

PB: Well even if you create a blockchain it still needs to be accepted and negotiated with the many stakeholders. Even if it is integrated, the whole point is that a community of companies have to integrate seamlessly right away, which is obviously very difficult, especially for large banks with more stakeholders.

That and for some reason, they’ve only been considering a horizontal network, which is just a horrible plan.

Bitcoinist: Can you explain?

PB: Sure. A horizontal network would make each of the banks equal across the network, but that raises issues since they’ll all be directly competing with one another. It raises the question of who gets to create the architecture. Obviously, competing banks won’t want to join.

Vertical is better in this case since it includes all the stakeholders in a supply chain, including the bank. So if a client buys something from a retail store, that’s one part of the vertical and it goes down the line directly to the bank. It’s the better solution for everyone, customers, retail, hospitality, banks. Whoever realizes that first is going to beat the enemy.

A horizontal network could possibly work for regional banks, but only if they all collaborated together. They could actually compete and outperform the larger ones offering a good solution and it’d be easier too since they have fewer stakeholders to go through.

Bitcoinist: What would be needed to make this a reality?

PB: Education. I can’t stress it enough. I know that sounds odd, but right now no one knows much about blockchain which is leading them to misguided solutions. Especially the top decision makers. Right now the ones looking into blockchain for various companies are all right hands, who then need to educate the decision makers and it slows down the entire process with valuable information lost or misunderstood in the process.

Realistically, decision makers here in the US and every region of the globe need to stop pretending they don’t have time. There are so many educational services, advisories, workshops, conferences, events. The opportunity to learn is out there, all they need to do is go to them. Organizations run the very high risk of being out of the loop, and this isn’t something they’re going to be able to catch up with once someone finally makes their big move.

Bitcoinist: Any prediction on who that will be?

PB: It’s anyone’s game, but the smaller banks have the resources plus fewer stakeholders to negotiate with. Going for a vertical network would be the smarter, more efficient, and faster move too. Ultimately, blockchain will allow frictionless, faster, more trustworthy transactions of any kind, payment, property, data, contracts… whoever does it first gets the unfair advantage to beat the competition economically and attract or steal more clientele.

It starts with the banks, but gaps in education and collaboration are the most important first steps. It’s why I’ve been working with EDC (Economic Development Corporation) NYC to spike roundtables and get different financial institutions together to talk about customer solutions.

Bitcoinist: I know you’re running low on time so I’d like to get one more question in. You’re one of the analysts working on the Global Cryptocurrency Evaluation Report, right? Any insights you can share?

PB: We were actually about to finish up the evaluations but Latin America jumped in out of nowhere. As I’ve been working in the region I’ve seen first hand how it’s shaping up. If you’re interested in the new evaluation you’ll have to attend the workshop I’m teaching in New York City next week.

Bitcoinist: Thank you for your insights and your time Peter.

What do you think about the global blockchain trends? Let us know in the comments below!