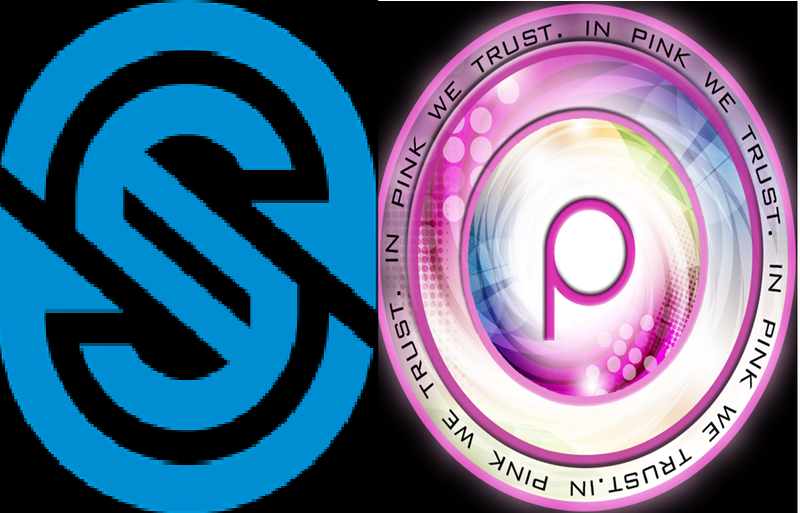 Today is an interesting day for two coins which hold household names among altcoins. Both of which have become well respected due to their developers and communities. Through this post, we would like to introduce you, officially, to the partnership between SyncCoin and Pinkcoin. The official document regarding this partnership can be found here which will give you some extra information on what the partnership consists of. However, the main aspect linked to this partnership is that of a Pink Rewards program. This program will be divided between two packages:

Here is a short interview with developer @smokin35 regarding this announcement:

What led to the Sync partnership with Pink?

Mutual admiration I think, we were fans and owners of each others coins. Dan is a Profit member and the Stability Fund is a Pink Millionaire.

Pink is another investment by Sync, another asset – we feel it is smart business to help our assets grow. As well, we are not competitors – whereby Pink focuses on adoption and usage, we focus on value. There are many benefits to both Sync and Pink – like cross-promotion for example. Like everything Sync tries to do, it is another fluid experiment. Besides, Sync Foundation is now a major Pink holder

How was an agreement reached in order to integrate Pinkcoin into the Sync Universe?.

Chatting and getting to know Dan and understand Pink.

Why use the resources from the Sync Foundation in order to support Pinkcoin?

As I said above, Pink is a Sync investment – benefits all sides to help it grow. Besides, much of what we will do is integrate Pink into existing Sync programs and resources like the Sync VIP Club.

How were the reward packages for pinkcoin holders chosen?

Packages were built over time by Dan and myself working together. We started small and each kept adding to ‘sweeten the pot’ lol! I think the results are amazing, Id buy 10 million Pink for the poker class alone!

On what basis was a value per pink establishes according to each reward package?

Package value is based on the cost it would take someone to acquire all the rewards. For example, it would cost you $375 for a three hour session with Danny – but what is it worth if you win $2000 from his tutelage? A free pass to Sync Vegas 2014 may be a $500 savings (planning it atm). You could save $500-$1000 in the Sync VIP Club. Truth is we went on the conservative side, the real value is up to the member to maximize but it can be huge.

There are a limited amount of packages available. Are these amounts susceptible to change after a certain period of time?

Yes, everything is susceptible to change in crypto.

How do owners of pinkcoin verify that their coins are being held and staked?

Model here is the Sync Whale and Profit Program which verify wallet addresses on enrollment. Membership is regularly screened for compliance.

Does this partnership mean that developers from both coins will help each other in each coins development?

It’s possible, this is simply the first phase of our collaboration. Anything is possible.

What is the expected outcome of this partnetship with Pinkcoin?

I expect nothing in crypto. I hope it will, for one, help raise the staking/price of Pink – which is severely undervalued imho. Circulation will be drastically cut if we hit our package limits and a community enhanced, that is another aspect. For Sync, the idea is that it will raise visibility, improve profitability and promote stability. Cross-promotion should benefit both. Two coins are better than one don’t they say?