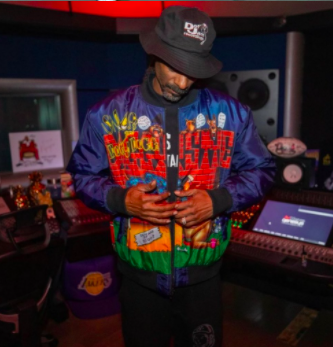 Is one of the most recognized name in the history of hip-hop an NFT whale? It shouldn’t surprise us if it turns out that Snoop has a growing NFT collection, but speculation is abound this week after a Snoop Dogg tweet where he claimed to be respected NFT collector who goes by Cozomo de’ Medici.

In recent days, the @CozomoMedici Twitter account announced that they were going to dox themselves, adding that their “fame was considerable.” The Twitter account was only started in August, and has gained a substantial following in short time in the crypto and NFT space.

The account spent a few days drumming up a little hype, running a Twitter poll and sending out other tweets to invite speculation on the individual running the account. Cozomo even offered up 1 ETH to the first investigator to find their true identity.

Twitter user @Levhiboy quote tweeted Snoop’s tweet and replied to Cozomo, who declared him the winner of the 1 ETH reward.

It shouldn’t surprise us that Snoop is in the conversation when it comes to NFTs.

Cozomo’s NFT collection on OpenSea spans over 200+ NFTs, with a lot of different art pieces (including many Snoop-inspired pieces). Reports of Cozomo’s NFT wallet cite the value at roughly $17M, with nine CryptoPunks and many other sought-after pieces.

Additionally, Snoop’s Twitter avatar is an NFT from his collaborative collection with the Nyan Cat creator. That collaboration wasn’t his first with NFTs, either. In late March, Snoop unveiled his first NFT series, “A Journey With The Dogg” in collaboration with Crypto.com.

There should be little doubt in our mind that Snoop has got some NFTs laying around. Nonetheless, we should still remain a bit skeptical about Snoop Dogg actually being Cozomo de’ Medici. While Snoop is no stranger to NFTs or alter egos, Cozomo’s depth of knowledge in the space is top notch. It’s entirely possible that Cozomo has a relationship with Snoop, or paid Snoop Dogg for the engagement.

Either way, Cozomo is certainly well connected – if their wallet status didn’t give that away up front. Earlier this month, music artist Jason Derulo gave Cozomo a shoutout on Twitter for their help in securing Derulo with a CryptoPunk.

All of this leads us to a foggy conclusion. Regardless, at this rate, don’t be surprised if you hear a Cozomo reference on the radio one of these days.

Related Reading | Robinhood Is Testing A New Wallet To Allow Users To Withdraw Their Cryptocurrencies, Including Dogecoin