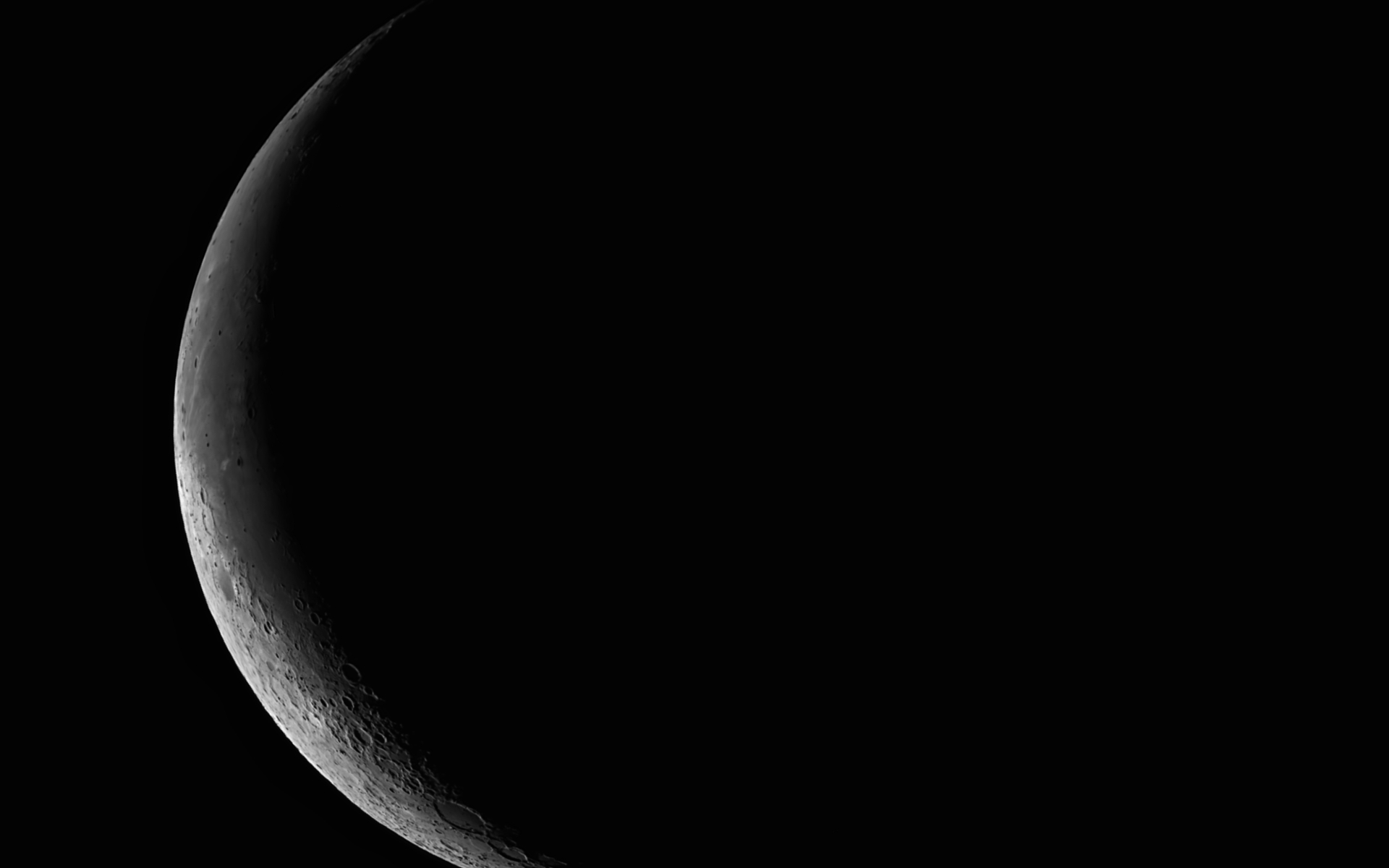 Is This a New Cycle?

With bated breath, each year investors from around the world await the annual letter from the Oracle of Omaha, Warren Buffett.

In my humble opinion, this year we received more insight into the current market conditions than any before. It seems that Buffett’s company Berkshire Hathaway has joined in the global trend of buying back their own shares in 2018.

Warren is known to be able to spot companies that are at fair value and it seems that the 88-year-old legendary investor is unable to find enough good deals out there that are worthy of his investment. So instead of buying new companies, he’s opted to buy back shares in his own company.

Thanks to an entire decade of low interest rates and ample liquidity injections from the world’s central banks, companies are flush with cash and stocks are overvalued. (Rant continued, including implications for crypto, in section two)

Are we Entering a new cycle?

What’s with that crypto drop?

Please note: All data, figures & graphs are valid as of February 25th. All trading carries risk. Only risk capital you can afford to lose.

Stocks are flying today on the news that President Trump has postponed the March 1st deadline for a US-China trade deal. 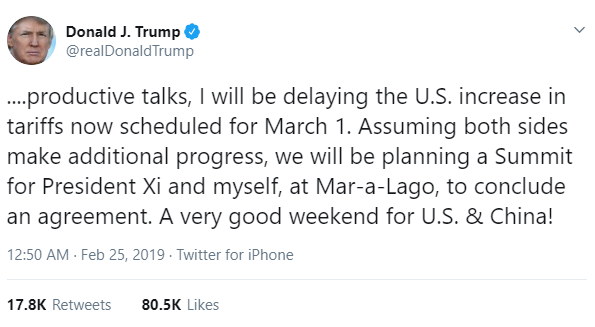 As the tweet did not mention any new deadline, we can probably assume that there isn’t one for the time being. The China 50 index has soared a jaw-dropping 6.31% this morning.

For the first time in a long time, there are no countdown timers hanging over the market’s head. We did prophesize that such a day might come in Friday’s market update but I never thought it would come so soon.

To be clear the geopolitical risks have not gone away, only that the specific time frame for any single risk materializing has become so obscure as to not be relevant. With the can successfully kicked down the road the central banks are once again in the driver’s seat.

As we know, markets tend to move in boom and bust cycles more commonly known as bull and bear markets. This is more often then not a simple function of the amount of available money in the world combined with the general sentiment towards investing.

For different assets, we can expect different timeframes for these cycles. For example in the stock market, the average cycle is usually about 4.5 years. Bitcoin, on the other hand, is new and because it’s price discovery is going through a period of discovery, cycles may vary from a few months to more than a year. For now, we’re at the tail end of bitcoin’s longest ever bear run.

The volatility of 2017 and 2018 was driven by expectations around the world’s central banks. We saw massive price rises across all industries in ’17 as the Fed continued to feed the markets and in ’18 investments started to dry up as the Fed signaled a shift in policy.

At the beginning of 2019, the world’s central banks have pledged further support and we can see the impact on the stocks very clearly. Arguably, this new sentiment could be having a knock on effect in the crypto market.

Yes, I’m rambling, I know, but here’s a graph that should put everything I’m saying into context. 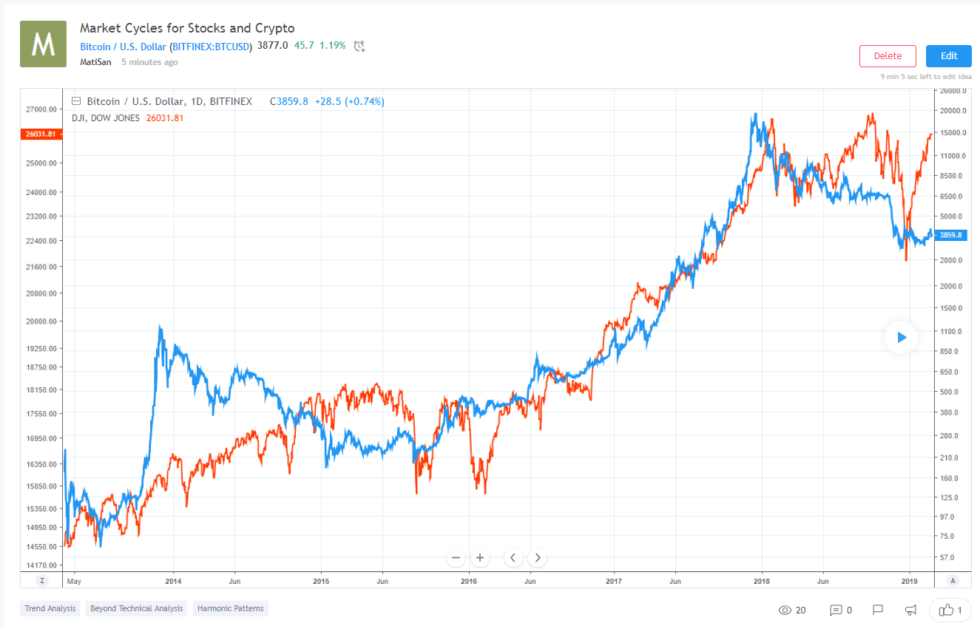 With bitcon in blue and the Dow Jones in red, we use a double X-axis to determine if the direction of travel is proportionate. For further accentuation of the magnitude of these moves, I’ve set both lines to a logarithmic scale.

Where are we now?

Notice how the stock market has responded very quickly to the Fed’s shift in policy and has already recouped almost all of its Q4 losses. Bitcoin has not done so just yet.

Number one, even though the market continues to mature, these bouts of volatility, both up and down, remind us that the market is extremely volatile and therefore risky. So, it always pays to diversify your portfolio with other assets.

Number two, like the surge we saw last Sunday, yesterday’s plunge was led by altcoins Ethereum and EOS. So, even though there seems to be a growing divide between excitement over bitcoin and sentiment in the rest of the markets, we can see that they are influencing each other as the markets remain correlated.

Number three, the level of the pullback is actually quite encouraging. In fact, most of Sunday’s 9% plunge was actually just erasing some of Saturday’s gains. Ever since the spike on February 8th, the market has been trying to build support at $3,500. Yesterday we stalled a good $300 above that.

If January was a giant downward facing staircase, February has now turned into an upward one.

Wishing you a fantastic week ahead!