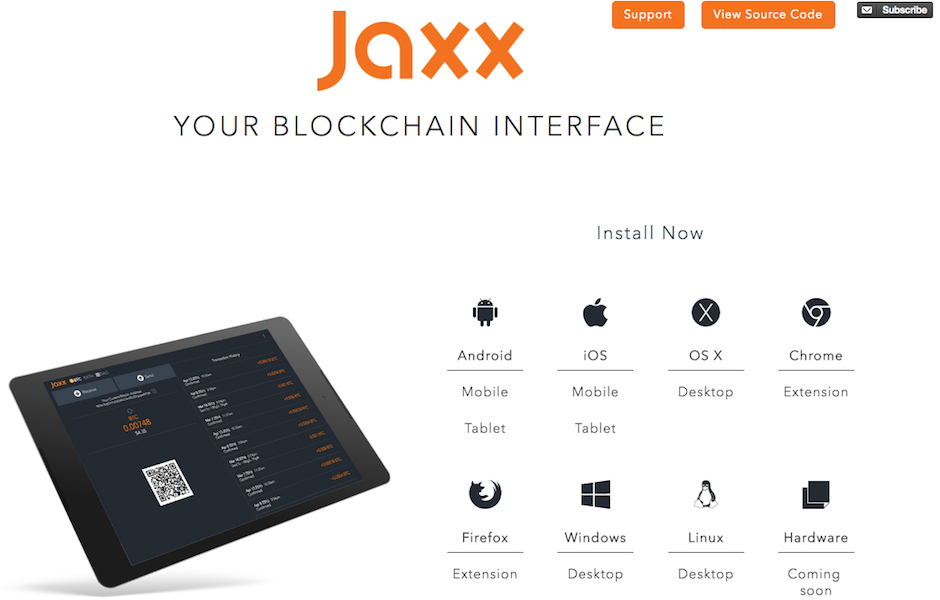 Decentral, which created the universal blockchain wallet, said it was responding to significant community demand and interest in Zcash.

Jaxx also aimed to ensure Zcash was ready as close as possible to its official launch date. As of Tuesday morning EST, Zcash is immediately available on seven of Jaxx’s nine platforms. Support for iPhone and iPad is expected in the coming weeks, pending App Store approval.

“There’s a lot of buzz and excitement around Zcash. Our team has worked hard to speed up the integration process, to test it appropriately, and to provide thousands of customers with access to this coin as soon as possible.”

The much-anticipated Zcash has had a pretty wild ride since last week’s official launch. The promise of a new, truly anonymous cryptocurrency saw speculators drive its price up to 7.42 BTC per coin before correcting to a (slightly) more reasonable 1.44 BTC.

Zcash works by way of zero-knowledge proofs; the protocol allows two parties to receive verified information without knowing who each other are, or seeing the subsequent data exchange.

Zcash trades and payments will see transactions published on a public blockchain, with the option of keeping the sender, recipient, and amount confidential. Some have questioned how Zcash can verify how many coins actually exist on its network, and the technology is yet to prove itself. The team, however, assures the platform is solid after years in development in several forms.

“Although Jaxx wallet doesn’t presently support all of the advanced privacy features of Zcash, it is a very easy way for people to access, send, and receive Zcash coins. I’m excited about Jaxx adding support for Zcash because it works on many different platforms and devices and it already supports other cryptocurrencies like Bitcoin and Ethereum.”

Jaxx is available for all popular desktop and mobile platforms.

Are you a Jaxx or Zcash user? Can Zcash live up to the hype it’s created so far? Let us know.