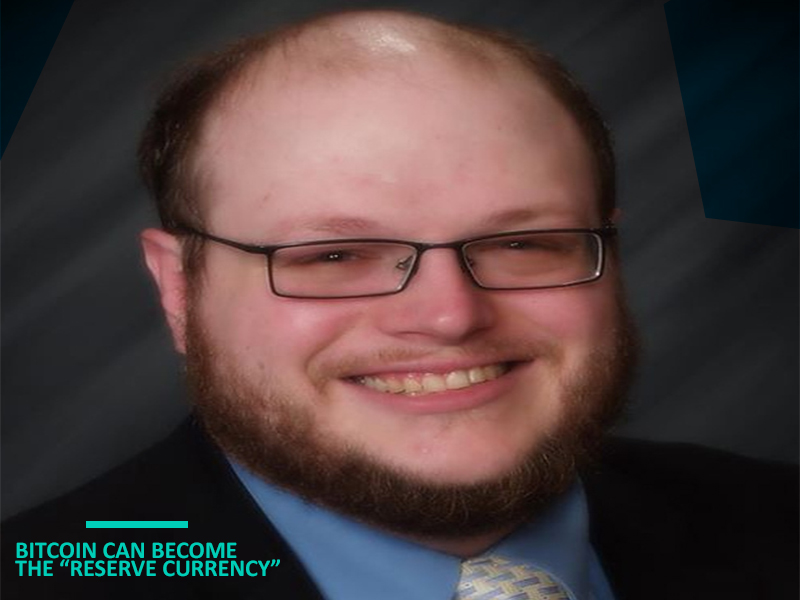 In an exclusive interview with Bitcoinist.net, Jim Fulner, the 2014 Libertarian candidate for the U.S. Senate from Michigan, says Bitcoin is, and should continue to be, primarily a currency that stands alone. As a staunch Bitcoin advocate, Fulner said that Bitcoin can facilitate exchange just as efficiently as any other currency.

“I don’t foresee any time in my life that Bitcoin ceases to exist. I see the possibility for it to someday become the “reserve currency” of the international free market.”

Born on May 24, 1983 in North Las Vegas, Nevada, Jim Fulner has had an eventful political career. After receiving a degree in Software Engineering from Oakland Community College, he took a 180-degree turn and studied Political Science and Outdoor Recreation at Northern Michigan University. He was also a 2012 Libertarian candidate who sought election to the U.S. House to represent the 9th Congressional District of Michigan.

Fulner’s 2014 campaign for U.S. Senate could be called historical, since he became one of the first political candidates to accept Bitcoin and other altcoins for campaign donations. Though he was defeated by Gary Peters (D) in the general election on November 4, 2014, the decision to embrace the virtual currencies put him in a different league than other US politicians. Since Fulner’s 2014 campaign, Rand Paul has announced his acceptance of Bitcoin for donations to his 2016 presidential campaign.

Jim says change starts not with the government, but with individuals voluntarily choosing to help their neighbors. Fulner’s primary political goal has never been to run other peoples’ lives, but rather show people the social benefits benefits of voluntary cooperation.

Tell us how you came to know about Bitcoin?

Jim Fulner: I am not 100% sure when I first heard of its existence. Around the same time I had heard of it on the “Declare your Independence with Ernest Hancock” radio show and at the annual Penguicon convention in Southeastern Michigan. Declare your independence is syndicated nationally via the Liberty Radio Network, online at LRN.FM. Penguicon is an Open Source Software and Science Fiction Convention, sometimes referred to as a CON of all geek interests, held annually in the Detroit area. They can be found online at http://penguicon.org.

I personally became involved in the Bitcoin movement as a result of my friend and the Treasurer of my 2014 U.S. Senate Campaign, Jeff Wood. Jeff managed all of the legal paperwork, bank accounts, and Bitcoin wallet of the campaign. I first met Jeff at a protest in 2012 outside of candidate debate that had specifically denied entry to Libertarian state house candidates including my personal friend, and at the time immediate past Libertarian state chair, James H. Lewis and James Weeks II who I had just met at the previous Libertarian state convention. I became too much better understand Bitcoin, and in fact the nature of currency and money itself, after Mr. Wood gave a presentation on Bitcoin at a Michigan Peace and Liberty Coalition meeting that I had the pleasure of attending. More info on that organization can be found at MiPLC.org 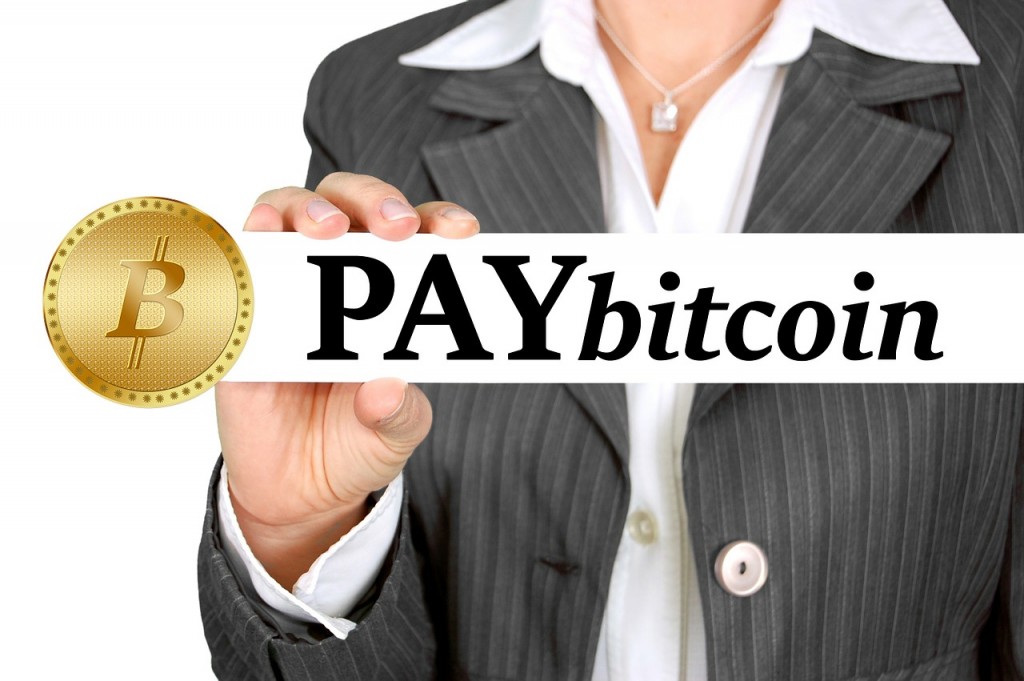 What future do you think Bitcoin as a currency has?

Jim Fulner: I don’t foresee any time in my life that Bitcoin ceases to exist. I see the possibility for it to someday become the “reserve currency” of the international free market.

What role can Bitcoin play in Funding election campaigns in the US?

Jim Fulner: Bitcoin is, and should continue to be, primarily a currency that stands alone. Anything you can do with any other form of exchange can just as efficiently be performed in Bitcoin. Currently most campaigns are following the FEC recommendations and are collecting all of the donors’ information and immediately converting to FRN (Federal Reserve Notes, sometimes referred to as U.S. Dollars). However some campaigns, like the 2014 Fulner for Senate campaign, choose instead to use it solely at its own currency. To hold it and treat it as an in kind contribution, the same as if a donor were to donate a ream of paper. Our campaign used it more as a way to educate Michiganders of the existence of Bitcoin and promotion of such as a means to do market exchange, as opposed to focusing it primarily as a fundraising tool. This is evident in our national media attention such as a headline in the Politics section of a weekend edition of the L.A. times even before I gained the Libertarian nomination in 2014, and continuing to today with this particularly interview with your fine work. We received significantly less than 1 Bitcoin worth of funds added to our treasury through such, but it lead to the ability to get our message out about not only monitory policy, but other central Libertarian ideas as planks in our Senate camping, including the separation of marriage and state that is become much more accepted within Michigan specifically.

Do you think Dr. Rand Paul is sincere about supporting Bitcoin or is just a momentous support?

Jim Fulner: I don’t think such a question is appropriate. Does anyone really support Bitcoin? Some may say so, but it is just means of exchange. No one supports cars, they just use cars as a means to transportation. Rand Paul accepting Bitcoin, just as any other individual in the marketplace doing so, only adds to the overall freedom of the given submarket it participates in and improves the human condition.

Do you consider Bitcoin is a challenge to sovereignty of the State to issue a currency?

Jim Fulner: That’s not really a question I have dedicated a bunch of thought to. I personally do not blindly recognize the sovereignty of any state so that’s enough for me. Those who still think in the statist quo would likely be better to answer such a question.

Your views on BitLicense and Bitcoin regulation at large?

Jim Fulner: I would be lying if I told you I was familiar with BitLicense. I oppose all state regulation of Bitcoin. I believe it would be beneficial to the human condition for one or more voluntary organizations to set forth recommendations on how to handle Bitcoin banking suggestions, which may eventually lead to a company like MasterCard or Visa (already defacto international standards themselves), to adding an option to make or receive payments in Bitcoin.

A lot of Libertarians are close to Bitcoin, what makes them so close to it? Is it their belief in the traditional banking system?

Jim Fulner: Libertarians have a tendency to always suggest alternatives to the status quo. Libertarians historically have also encouraged adoption of far less successful alternatives, including private exchange of precious metals, the so-called Liberty Dollar, Ithaca Hours, and even a return to a national state recognized and centrally managed “Gold Standard,” to name a few.

What role do you see for the Wall Street in Bitcoin ecosystem?

Jim Fulner: Given the current market there is a not a lot of crossover between the two. However in the future with the worldwide market becoming more unified, leading to individually exchanges like those found on wall street, or others throughout the world in Tokyoka, London, Paris, Toronto, etc. becoming less powerful in and of themselves that may correlate in a rise in Bitcoin as a reserve commodity. Only time will tell. We are too close to Bitcoin’s infancy to really judge that, in my opinion.

As an advocate of Bitcoin, have you ever persuaded any business/entrepreneur to accept it?

Jim Fulner: I have not really tried to. I did have a personal experience some years ago when I was selling my old furnace to a junk yard that had a sign indicating that they accepted Bitcoin. I asked if I could be paid in Bitcoin and the proprietor indicated that he accepted it, but he wasn’t going to give any of his away as it was his personal retirement investment. I left the discussion at that and took my $20 in FRN and a promise that he’d vote for me in the fall. 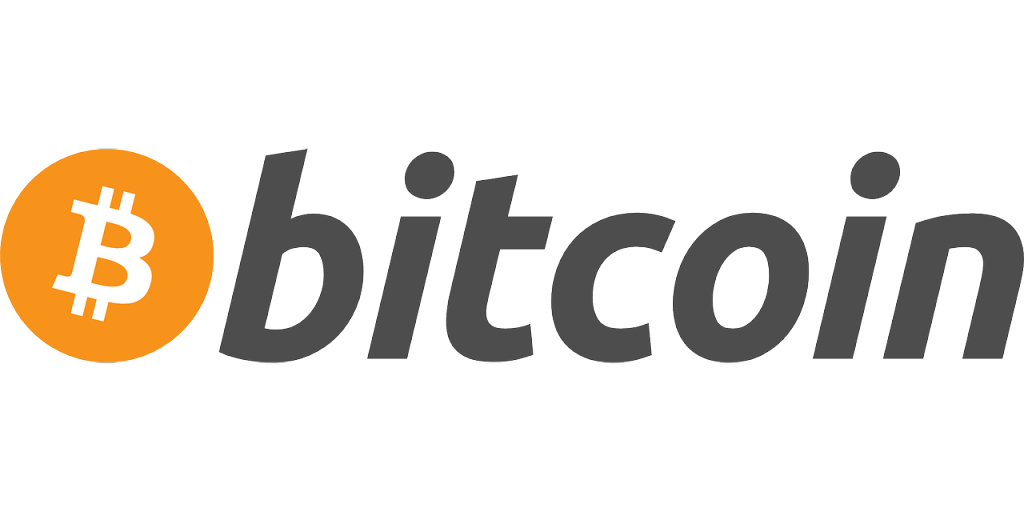 What contribution do you want to bring for Bitcoin if you are elected?

Jim Fulner: I am not currently seeking elected office. If I am to again I would certainly do all I can to request quotes in Bitcoin for local municipalities, which would be my most likely next step in a goal for local election. However at this time I don’t perceive the possibility of such a request being honored without a Libertarian majority on such a board.

What you think of other altcoins?

Jim Fulner: Our U.S. Senate campaign also accepted Litecoin and receives more Litecoin than Bitcoin (on a pure one to one ratio, not necessarily on a conversion to some other currency like FRN). I think many have the opportunity to serve a roll in the market. I think Dogecoin may actually be a joke long term but that is yet to be understood.

Any message for our readers?

Jim Fulner: At the end of our 2014 U.S. Senate Campaign we had not spent any of the Bitcoin we had in our wallet. The Friends of Jim Fulner donated 100% of the contents of our wallet to the 2016 James Weeks for Sheriff Campaign. Weeks is currently seeking the Libertarian nomination. Most likely this campaign will be the biggest in a relatively libertarian county, were most Michigan Pundits expect only two candidates to be on the ballot come November 2016, partially due to how incredibly small the Livingston Democratic Party is. I suggest anyone who wants to see a Libertarian victory in the near future, and has any Bitcoin or other currency available to donate strongly consider looking into www.jamesweeksii.com

Would you donate bitcoin to a political candidate? Let us know in the comments below!