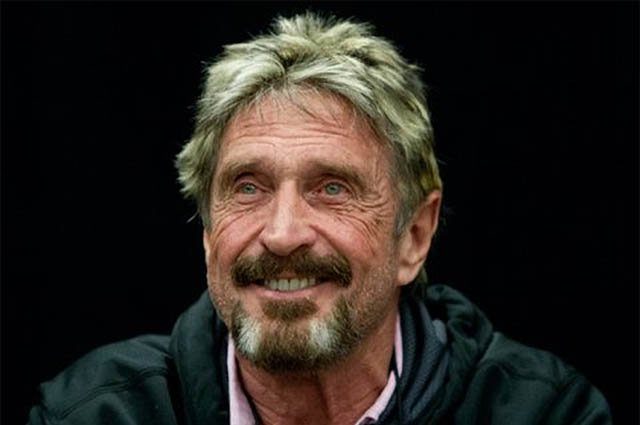 The extremely bullish prediction of John McAfee that Bitcoin (BTC) will reach $1 million in 2020 could be based on how the asset’s price action developed during the 2013-2014 boom.

Back then, BTC picked up in earnest, posting its first-ever four-digit price. Bitcoin price moved up from the $100 range, bouncing to above $1,030.

The Reddit thread that suggested the similarity looked purely at BTC charts to arrive at this conclusion. At this point, it is uncertain if the chart pattern would repeat.

Still, the expectations for BTC see the leading coin sticking to a parabolic path, at least in the long term. A price of $1 million in 2020 may be quite an impossibility, but there are predictions this price could be reached in a decade or two.

It must be noted that the 2014 peak price unraveled again to levels around $200. The triggering event for the 2013 rally was the activity on Mt. Gox – the Japanese exchange which closed in late 2013 after experiencing the biggest hack in crypto history.

Back then, the price growth happened with some evidence of bot activity. As of today, Mt. Gox is still yet to return some of the locked-up BTC to the victims of the breach.

In 2019, the trading profile of BTC is entirely different. Nearly 75% of trading is happening not in dollar terms, but against Tether (USDT). The price action is sometimes following closely the new issues of USDT, as well as the coin’s overall trading activity. Bitcoin price is also dependent on multiple exchanges, and no single bot or concerted action can sway the price to $1 million. Rallies of thousands of dollars, however, are still possible.

BTC is still seen as a wild card, with no predetermined price action. Still, John McAfee keeps up his crypto-friendly message.

Rumors of Bitcoin's death have been greatly exaggerated:)

But so far, BTC has failed to perform a “Halloween rally”, and may not achieve the $16,000 level envisioned as an end of October price. Now, the biggest rally hope for BTC is the halving coming in about 190 days, which will make the block rewards of brand-new coins even more scarce.

What do you think about John McAfee’s prediction? Share your thoughts in the comments section below!