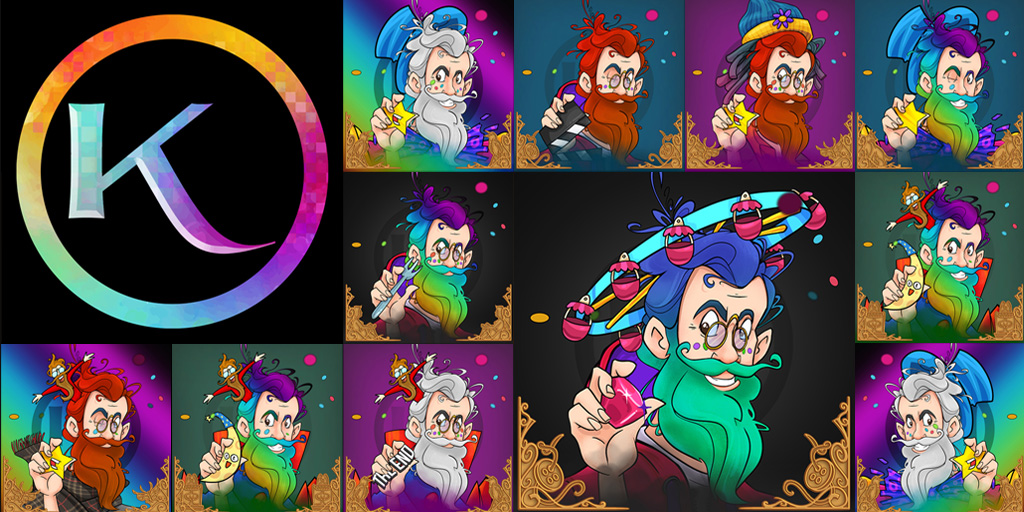 A collection of unique multi-D NFT’s, which double as tickets to the Kleks Academy universe, which will be available to purchase in the early bird pre-sale on September 27th, the September 28th presale and at the September 29th general sale.

Kleks – An old story, brought back to life.

Generations of Polish children grew up on Professor Kleks, a universe created decades before Hogwarts. It all started with a story written in the ‘40s by Jan Brzechwa, which was turned into a cult film in the ‘80s, which over 30 million Poles saw in the cinema.

Technology has since advanced drastically, allowing for the legendary Professor Kleks to be brought back, this time for a global audience. And who better to do this than the Open Mind Production team, which has released consecutive smash hits, including “365 Days 1 and 2”, which garnered well over 500 million views on Netflix.

Technology is allowing the team not just to tell the story of Professor Kleks in ways that were previously impossible – it is also allowing them to bring the film experience to viewers like never before. The Kleks Academy will be accessible thanks to multi-D NFT’s, minted on ERC-721 compliant contracts deployed on the Ethereum blockchain, which will be your access ticket to the Kleks Academy.

The Kleks Multi-D NFT’s – NFT’s with a twist

The Kleks Academy multi-D NFT’s are hexahedrons, or six sided, 3D animated NFT’s, with each side containing graphics and information, revealed over time in Multiple Discoveries, and holders will be able to Side Swap, making their NFT’s even rarer.

Kleks NFT’s come with truly unprecedented benefits for their owners, which will transform the cinema experience and the NFT scene.

Holders will be able to participate in the film like never before – they will be included from the get go, with access to the production process, roles in the films as extras or speaking roles, invites to special screenings, access to augmented reality elements within the films and finally, to the Kleks Academy custom built metaverse which will enable them to continue the adventure.

FRECKLE$, the fuel of the Kleks Academy ecosystem

The Kleks Academy Metaverse will be powered by FRECKLE$, a utility token on the blockchain, with each multi-D NFT, from the time of minting, assigned a daily release of FRECKLE$ into the FRECKLE$ METER, with a guaranteed amount of FRECKLE$ released within a 5 year period.

We can’t wait for you to join us on this incredible adventure, filled with creativity, innovation, imagination

The Kleks Academy is limited collection of Multi-D NFTs that will live on the Ethereum blockchain, co-founded by the Open Minded Production team. The multi-D NFT is your entrance ticket to the Kleks Academy adventure, which includes the film production process, as well as augmented reality and the metaverse.

For more information visit our website and request our Manuscript and watch Introducing Kleks Academy video.

To stay in the loop and get your WL, join our Discord.