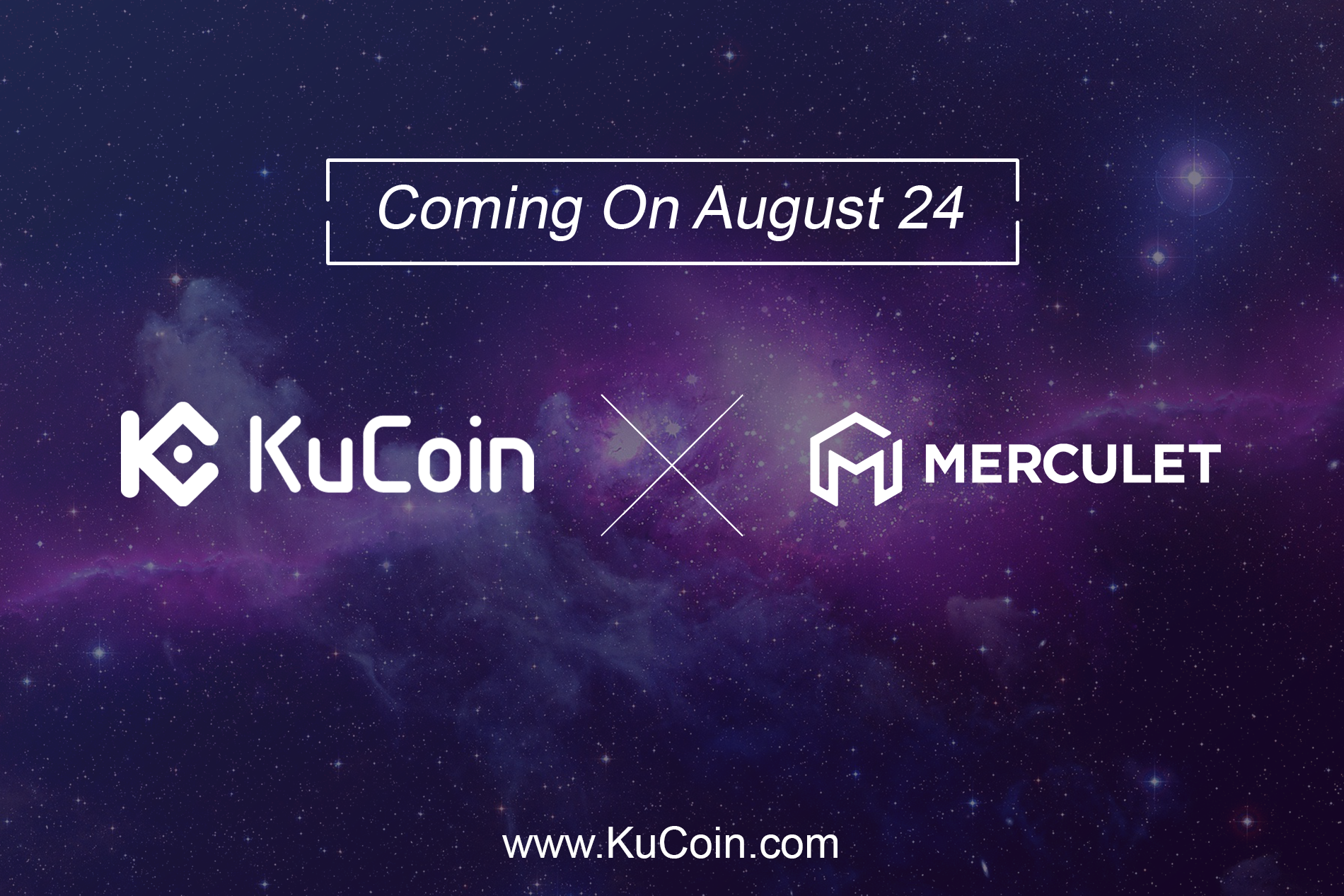 KuCoin Exchange has been recognized in seeking for promising blockchain based projects for the prosperity of the world. Considering its launching, it already has demonstrated its reliability in terms of technology and customer service.

Today, KuCoin is thrilled to announce that they have once again listed another promising decentralized project called Merculet.

MVP is now open for deposit with trading pairs including MVP/BTC and MVP/ETH. Buying will start at 19:30 UTC+8 and selling/withdrawal at 20:00 UTC+8.

All trading transactions are done on KuCoin’s Android and iOS app, and to their official website at www.kucoin.com.

Merculet uses blockchain technology to improve the relations between consumers, producers, and investors. It empowers users to monetize their application. Aside from that, it also supports enterprises increase their businesses by generating a good review ecosystem and the redistribution of the trillion-dollar value-driven economy.

It has also produced an Attention Value Network (token: MVP). It connects the supply and demand sides of recognition with an open contract suite to promote a virtuous circulation of the Internet of Value.

2) UATs (User Attention Tokens), which is the designated tokens for each entrepreneur. The UAT will be anchoring the basic MVP, enabling the synergy and the value exchange between entrepreneurs.

3) Open Content Platform is created based on consensus and driven by tokens, becoming the sources of user attention, and encouraging all the users in the ecosystem to actively promote the virtuous routine of the global content ecosystem as participants.

As the foundation token of the business growth-driving, MVP implements fundamental value anchors for entrepreneurial activities of entrepreneurs globally:

• Allow entrepreneurs to have more business scenarios: such as online advertising, content subscriptions.
• As a reward for user’s attention, it will absolutely accomplish the effect of 1+1>2: MVP is not restricted to a single App or a single enterprise but can distribute.
• As an incentive for the basic amount of work in Open Content Platform, such as rewards for translators;
• As a reward for high-quality content producers in the method of content circulation, promote the sound development of content ecology.