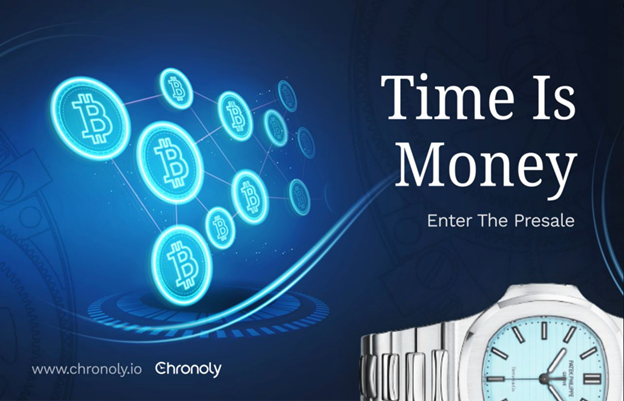 Some experts have suggested that the bearish period of the crypto market has gone past, and investors can look back at cryptocurrencies to make investments. However, they also have suggested making investments in cryptos that have a solid business roadmap to mitigate losses due to future market downfall.

KuCoin (KCS), Huobi Token (HT), and newly-launched Chronoly.io are frequently mentioned cryptocurrencies in recent times. But the performances of these cryptos have not been the same. KuCoin (KCS) and Huobi Token (HT) are still trading in the red zone. On the other hand, Chronoly.io CRNO token has grown massively by 690% in its pre-sale.

Although the KuCoin (KCS) network secured an investment of $10 million from SIG last month, it is still far from the green zone. The trading activities on the network had nosedived following the recent market downfall, and the price of KuCoin KCS has crashed by over 67% from its all-time high of $28.80. The KuCoin token has been in a bearish zone since the beginning of 2022. Currently, KCS is being traded at $9.51, registering a fall of 12.18% from the last week.

KuCoin (KCS) aims to support blockchain research and development. KuCoin (KCS) uses a multilayered architecture to support multiple transactions at a single time. KCS is the native currency of KuCoin, and its prices are highly dependent on the number of transactions carried on the platform.

Hard times for Huobi Token (HT) do not seem to be over. The Huobi crypto exchange, for which HT is the native token, was already suffering from the market crash, and some recent events have added woes to the network. Due to the regulatory policies, the Huobi crypto exchange will end its services in New Zealand, resulting in the decline of trading activity on the network. This is bound to hurt the prices of Houbi Token (HT) because its value is directly proportional to the trade volume on the Huobi exchange. Just a few weeks back, the Huobi exchange had secured a license in Australia for crypto derivative trading.

Huobi is the world’s sixth-largest crypto exchange by trading volume. Huobi Token (HT) was launched as an alternative to Binance in the Asian markets. Huobi (HT) is an Ethereum-based exchange. While a person can use the exchange without the Huobi Token (HT), the exchange offers exclusive benefits to HT holders.

Chronoly.io Bags Many Accolades For Huge Success During Pre-sale

Registering a growth of 690% during its pre-sale, Chronoly.io has justified the tag “a unique, secured, and stable business roadmap,” which has been linked to it by experts. Chronoly.io (CRNO) is a real-world asset-backed project, a trait that is virtually missing from the majority of the cryptocurrencies in the market.

Chronoly.io is the world’s first fractional investment platform where NFTs of rare luxury watches are traded. To ensure the security and stability of investors’ money and maintain profitability, Chronoly NFTs are minted against high-end luxury watches from brands like Rolex, Richard Mille, and others.

Chronoly mints watch NFTs after procuring the physical version of the luxury watches, and it is a fact that the value of rare collectable timepieces rise irrespective of the market conditions.

Chronoly.io allows buyers to make a fractional investment in the luxury watches’ NFTs, starting from only $10. Buyers can also purchase 100% of a NFT owatch and redeem it for the possession of the physical timepiece in the real world.

Apart from earning from trading activities, Chronoly’s CRNO holders can also stake their tokens in the lending pool, a protocol created by the platform, to earn passive income.

Chronoly.io’s success during the time of the market downfall has given a much-required boost to crypto enthusiasts across the world. Owing to its uniqueness, Chronoly’s CRNO token price has jumped from $0.01 to $0.079 since its launch in May 2022. Besides, CRNO is tipped to grow by 2500%-5000% by the experts.