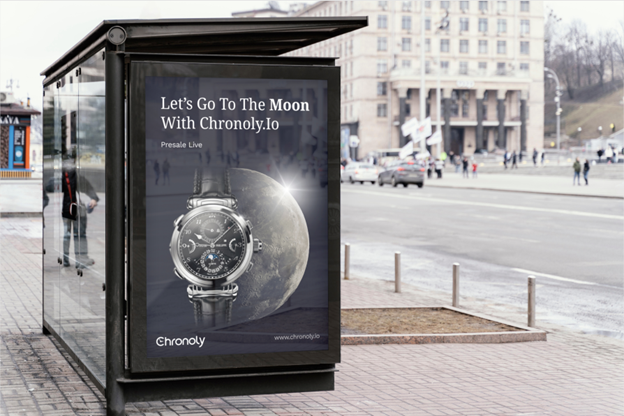 Since the end of July 2022, the market has been shedding its bearish character gradually. This, in turn, has benefitted many cryptos that were struggling to survive the harsh, cold market winds. In this article we will focus on KuCoin (KCS), Doodles, and Chronoly.io (CRNO) projects.

KuCoin (KCS) has finally found market stability by ending the last few weeks on a healthy note, while Doodles has been able to increase its users’ interaction through many innovative steps. Meanwhile, Chronoly.io (CRNO) has ended its pre-sale phase with an outstanding performance. The Chronoly.io (CRNO) project nearly sold out all its CRNO tokens before the deadline and has grown by 690%.

After securing $10 million from SIG last month and witnessing an increase in the trade volume on the platform, KuCoin (KCS) has found stability after a long time. It is also notable that although KuCoin (KCS) has dropped about 5% on the weekly price chart at the time of writing this article,KCS value has appreciated over 15% in the last two months. The price of KuCoin (KCS) is 68.07% below its all-time high, which is comparatively better than a majority of cryptos in the market. Currently, KuCoin (KCS) is being traded at $8.98, while its all-time high was $28.80.

KuCoin (KCS) is a blockchain platform that aims to facilitate blockchain research and development. KuCoin (KCS) has a multilayered architecture that supports multiple transactions at one time.

Doodles Shows No Signs of Slowing Down

In the past year, the crypto market has witnessed the emergence of many picture-based NFT projects. The Doodles project is one of them. The project was very well accepted by the market, and the Doodles have bagged around 148.5k ETH in the secondary market. It has also conducted several live and immersive events to increase users’ interaction.

The Doodles is an ecosystem of colorful PFP (Picture for Proof or Profile Pic) NFTs collections. The picture-based NFTs of the Doodles are counted as one of the most successful PFP (profile-picture) collections. Similar to other picture-based NFT projects like Moonbirds, Doodles also functions on the principles of demand and supply. Doodles’ ecosystem consists of hand-drawn, colorful 10,000 PFP NFTs of cats, apes, humans, aliens, sentient flames, and skeletons, among others. In the Doodles’ ecosystem, the rarity of any PFP NFT determines its value.

Chronoly’s.io (CRNO) pre-sale success has eclipsed all the headlines of the crypto world. Due to its unique business roadmap and value proposition, Chronoly’s.io (CRNO) project has been hailed by investors worldwide. Since Chronoly.io (CRNO) grew by 690%, its price has soared from $0.01 to $0.079 within three months of its launch.

Since Chronoly.io (CRNO) is the only decentralized marketplace that enables users to make small investments in rare luxury watches, investors have thronged towards the project because of its value proposition and growth prospects.Chronoly.io (CRNO) mints NFTs of rare collectable watches and breaks them into fractions, allowing several investors to buy NFTs of the same watch, thus promoting co-ownership. Users can buy these NFTs starting from $10.

Chronoly.io (CRNO) also boasts of having a transparent business plan and backing from real-world assets, which is rare in the market. Chronoly.io (CRNO) purchases physical versions of luxury watches, mints their NFTs, stores them in secured vaults, and shares all relevant data with users. Thus, the authenticity of the NFTs can be verified by users. Moreover, the backing from physical luxury watches is a boon for CRNO’s price as it prevents the token from falling.

Thus, Chronoly.io (CRNO) conducive environment for growth is causing investors to rush towards the project. Analysts believe the value of CRNO tokens could surge by another 2,500%-5,000% in the coming months.