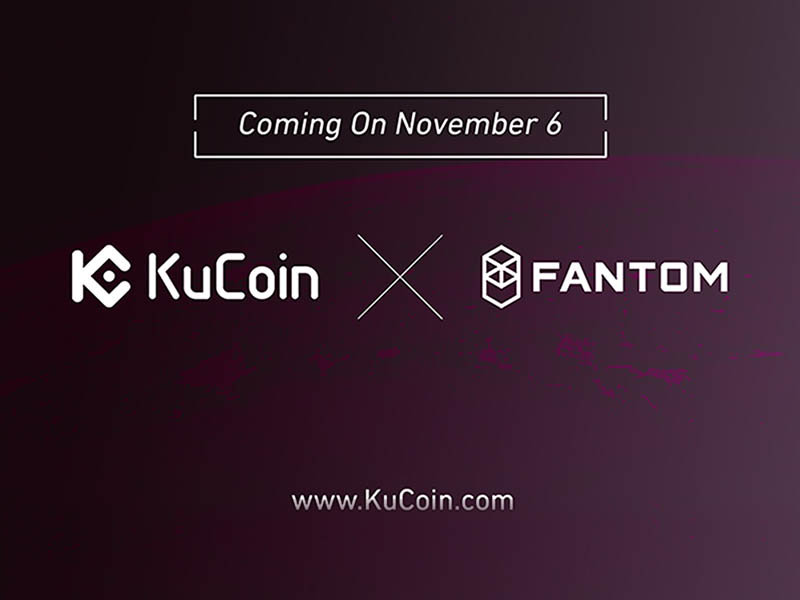 KuCoin is a Hong Kong-based crypto-currency exchange platform. It is recognized as one of the most assuring markets of industry alike. It has an excellent mixture of cryptocurrencies and a rewarding user-loyalty system based on its platform’s currency, KuCoin Shares (KCS). Also, they have exceptional customer service support that gives 24/7 services for questions and other matters.

Today, KuCoin is happily announcing that they have listed Fantom FTM on their platform, the world’s first Directed Acrylic Graph (DAG) based smart contract platform. Trading and deposit are now accessible using KuCoin’s App or direct to their official website with supported pairs including FTM/BTC and FTM/ETH.

FANTOM (FTM) is a South-Korean based project endeavoring to become the world’s first DAG based smart contract platform to solve the problem of scalability and confirmation time of the current blockchain technology. The platform identifies itself from the traditional block ledger-based storage infrastructure by operating an improved version of existing DAG-based protocols. The FANTOM platform utilizes a new protocol known as Lachesis Protocol to sustain consensus. Applications developed on top of the FANTOM OPERA Chain experience instant transactions and near-zero transaction costs for all users.

The current team development plans up until Q2 2020 when the FANTOM Council will be established, and the final version of the platform will be rolled out globally. Assessing by the information available, Fantom’s team is aware that it will take several years before the product will be fully functional and become competitive enough to reach the mainstream.

FANTOM’s team is composed of twenty-six members. Eleven of these are chiefly in charge of the marketing side of the company, and the remainder is developers. The team seems fully engaged; in their pictures, they share the same background and pose similarly, which shows that they executed the photos specifically for the website – excellent detail.