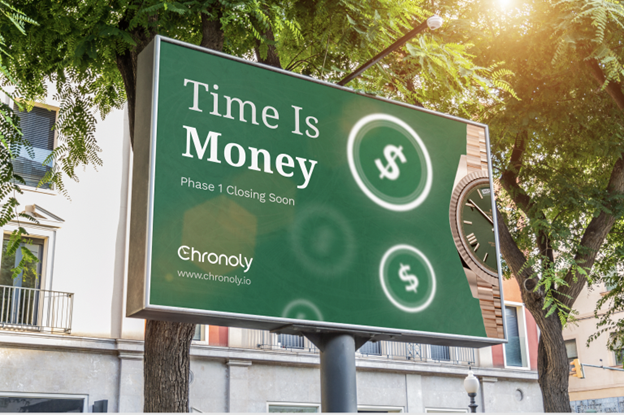 The cryptocurrency market has undergone drastic changes in the first half of 2022, affecting millions of people and impacting billions of dollars worth of investments. The bearish sentiment prevailing in the market since the beginning of this year has crippled several projects, causing their downfall. KuCoin is one of those projects. The crypto market crash has caused a steep decline in KuCoin’s prices.

However, not all the cryptos have gone downhill. Instead, there is a new project, Chronoly.io, which has been conquering new peaks of the market each day. Chronoly.io (CRNO) has recorded a growth of about 560% during its pre-sale, and it has been pegged to reach the mark of 2,500%-5,000%.

KuCoin Needs to Increase Trade On Its Network

Launched in 2017, KuCoin (KCS) is an Ethereum-based project dedicated to blockchain research and development. It also plans to introduce the feature of decentralized exchange (DEX) on the platform in future. The platform aims to ensure that user data and transfers within its system remain invisible to other users.

KCS is the native currency of KuCoin. KuCoin’s KCS is an ERC-20 token compatible with all Ethereum wallets. KCS is a profit-sharing token that allows buyers to draw value from the exchange.

KCS is the fuel to the entire KuCoin ecosystem, and if the trade volume on the KuCoin network goes down, the price of KCS falls. Therefore, KuCoin is chalking out a roadmap to increase trading on its network.

The newly-launched asset-backed Chronoly.io (CRNO) project has emerged as a boon for crypto enthusiasts who were saddened by the recent market crash. Chronoly.io has not let its buyers down either. It has performed exceptionally well during its pre-sale, posting a mammoth growth of 560%.

Chronoly.io has joined hands with multinational brands such as Patek Philippe, Rolex, and Richard Mille to smoothly procure physical rare collectable watches and mint NFTs against these timepieces. Since real-world physical watches back the NFTs minted by Chronoly.io, the price of CRNO is immune to adverse market situations.

Above all, luxury watches have proved themselves unaffected by the market conditions, and their value keeps increasing. The whitepaper of Chronoly.io mentions that the watch market can bag a potential profit of $49 billion. Besides, the secondary watch market is valued at $18 billion and is expected to rise further by 3% by 2025.

Chronoly.io’s (CRNO) has undertaken an exceptional march towards becoming one of the most valued tokens in the crypto market. Its token price increased from $0.01 to $0.066 in just two months since its launch in May 2022, logging a growth of over 500%. Experts also believe that Chronoly.io (CRNO) can grow by 2,500%-5,000% in the coming months. The token is currently in its third phase of pre-sale.