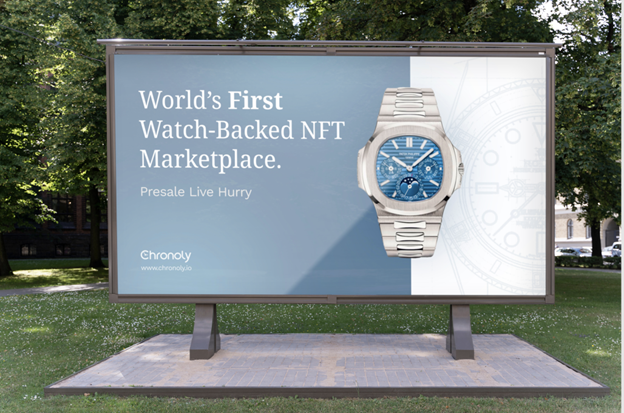 Kusama (KSM) Falls While Chronoly.io Tokens Speeds Up Its Growth

The first half of 2022 has been brutal for many crypto projects as most of the cryptocurrencies witnessed a decline in their values during this period. The crypto market crash swept a number of tokens that did not have a solid foundation. However, it also highlighted that crypto with strong fundamentals, tangible utility, and backed with real-world assets will continue to grow irrespective of the market trends.

Kusama (KSM) and Chronoly.io (CRNO) are examples of two such types of cryptos. While KSM found it hard to survive the market crash, CRNO won the trust of investors during this period. It is noteworthy that Chronoly.io has grown by over 500% during its pre-sale phase, which started in May 2022.

Kusama is a pre-production environment for Polkadot. It is a public platform that allows any developer to experiment and test new blockchain platforms or applications before releasing them on the network. Official Polkadot upgrades are also tested on Kusama before their release. It allows the most realistic testing environment possible for blockchain projects.

Chronoly.io, on the other hand, has become the apple of investors’ eyes, owing to its massive success during the pre-sale phase. It was launched in May 2022. Being the world’s first blockchain-based fractional watch marketplace, Chronoly.io enables people to gain partial ownership of rare luxury watches from brands like Rolex, Patek Philippe, Richard Mille, and Audemars Piguet, among others. It enables people to invest in the watch NFTs for as little as $10.

But the USP of the project is its transparent business process. The company purchases rare collectable watches from high-end multinational brands and mints NFTs against them. It implies that all the NFTs minted by Chronoly are backed by physical timepieces that the company has purchased and stored in secured vaults. Hence, Chronoly’s CRNO is a utility token with a real-world use case, a trait virtually absent from most crypto projects.

Kusama KSM’s trading volume is at a decline of around 23%. The KSM price has been falling lately due to adverse market sentiments, and it looks like the KSM price might fall below the support level of $40. The current price for one KSM coin is moving at around $64. The coin needs to attract some buyers to pump the price and register a breakout.

However,  the current situation does not look in favor of KSM, and investors are selling KSM tokens. Since the overall crypto market is undergoing a phase of downfall, investors are wary of projects solely dependent on market speculation. They have been selling KSM tokens for other projects showing resilience against the current crypto market crash.

Chronoly’s market standing is opposite to Kusama’s KSM. With being linked to real-world assets and having tangible utility, the CRNO token is considered hot and lucrative crypto among buyers. Besides, several investors are pulling out of other projects to get on Chronoly.io because the prices of other cryptocurrencies rely primarily on market speculation, while CRNO’s value is determined by rare collectable watches’ value that is bound to appreciate over time.