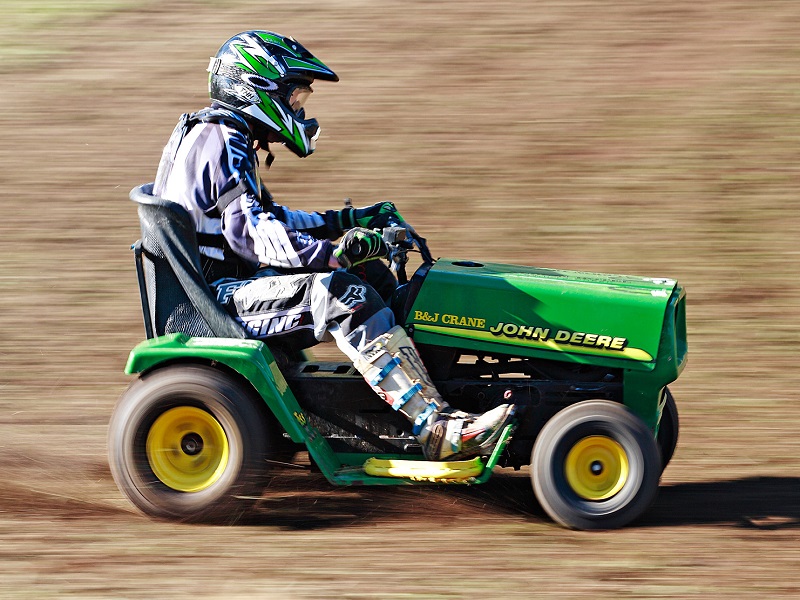 The company, which is comprised of three recent University of Florida graduates, was rewarded with a placement in Boost VC’s San Francisco start-up program.

“We spent time in San Francisco developing the first version of our application and building strong relationships with partners such as Coinbase,” Alex Sunnarborg, CFO of the company said. “However, we soon realized that although our ‘spare change’ model helped us to gain a foothold with users, we needed a longer term strategy to take advantage of the growing cryptocurrency markets and to provide a more robust investment platform for our users, who told us that they wanted additional capabilities for saving and investing as well as additional research and information.”

This “pivot” in strategy was met with criticism from many of their users.  The uniqueness and ease of the “spare change” model was, for many of them, the reason that they used the Lawnmower application.

“We recognized that we would get some negative reactions from users for dropping the ‘spare change’ model,” Sunnarborg said. “It’s important to listen to what they had to say and we knew that we had  a longer term strategy that required a different focus for the business that we would have to communicate to our users.”

This new strategy led the company to accept entry into a program in New York City with Startupbootcamp FinTech New York.

“With our new strategy, it was clear that we were more of a fintech company and not just a bitcoin company, and New York is the center of the financial world,” said Pieter Gorsira, CEO.

Now that the Startupbootcamp FinTech New York program has ended, the company has left San Francisco for good and is in the process of setting up permanent headquarters in New York City.

The company is working with its investors and advisers to solidify their longer-term strategy, which includes building a robust analyst-level research capability to evaluate all of the major blockchain assets — not just bitcoin.

Lawnmower will soon include the ability to easily buy multiple blockchain assets based on personal allocation, with the option of a recurring purchase program.  They have also expanded the number of blockchain assets that they provide real time pricing for, as well as enhanced the performance reporting for clients’ portfolios.

“We want users to use Lawnmower as their home to easily see what’s going on in the blockchain asset market throughout the day,” said Gorsira.

To this end, the company has introduced their Lawnmower Blockchain Index, which is a real time tracking index of the top blockchain assets.  “Since we began, blockchain assets have grown in number and influence.  We wanted to create an easy to use and understand way for anyone to track the pricing performance in these markets,” said Gorsira.

“We knew that our strategy was best for our users, but we realized that we needed to be very clear with them about why we changed and what our vision for the future was,” said Patrick Archambeau, CTO of the company.  To that end, the company created a message to their community that is part of their regular communications to their users.

“Our users are the key to our success,” Archambeau said. “We plan on actively engaging with them on a regular basis and invite them to contact us directly or visit us at our new New York location.”

The team also hinted that their spare change model may come back at some time in the future, but for now they’re focused on developing the application to take advantage of the current and longer term trends in the blockchain asset markets, and to provide it in an easy to use and elegant manner for their users.

“Ease of use is in our DNA,” said Sunnarborg.  “It’s what brought our users to us and it’s the platform that we’ll always build upon.”

What do you think?  Does the future look bright for a company like Lawnmower and the blockchain asset market they’re targeting?

DISCLAIMER: Jack, the author of this article, is an angel investor and currently an advisor to Lawnmower.