Technical Analysis: Light at End of Tunnel for Bitcoin Price

The bitcoin price has accomplished its first technical cycle, and a congestion area could institute a trading box for the next 3 months, depending on fundamentals, political factors and news before a new rise to the annual objective near $1800 USD. 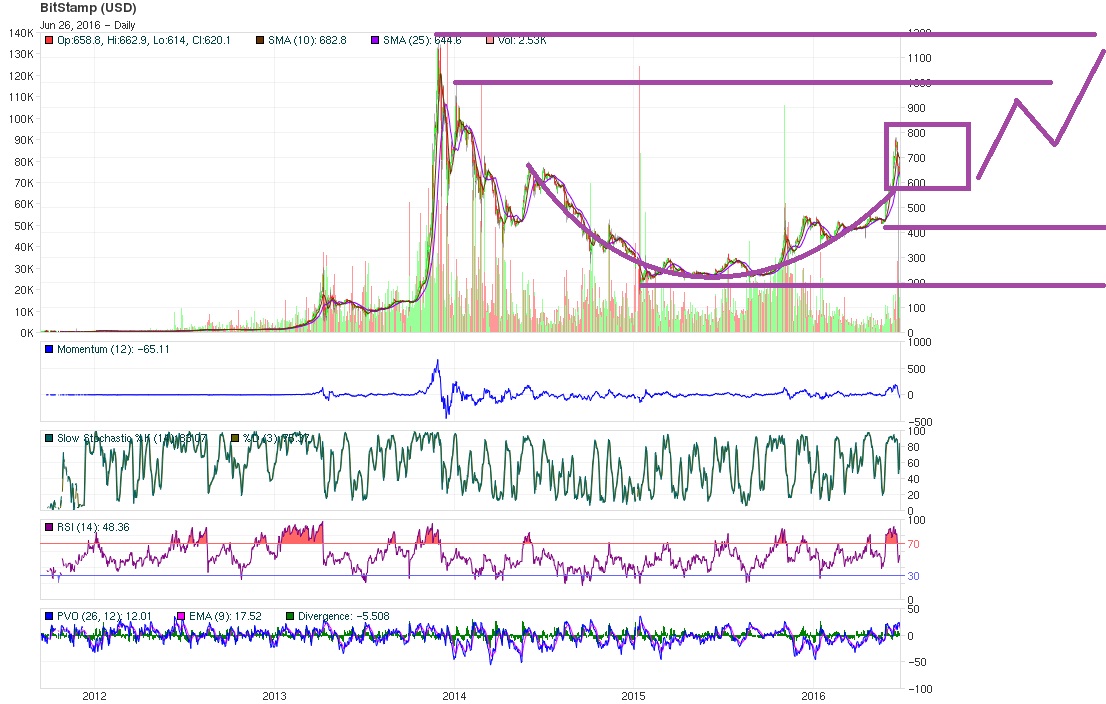 Prices had arrived to their long term technical objective, ending the cycle.

Now, a trading box could take place in the chart before starting the next long-term technical cycle, which has its long term resistance at $1800.

According to indicators, the support of a wide congestion area would be at $600, and the first resistance at the old Fibonacci 62 percent level near $820 without any intermediate level at the present, but the trading activity should generate new buying zones below $650 and distribution areas over $780.

A second large figure of a smooth rounded bottom was also perfectly accomplished, and the next Elliott Wave could have to wait for its fresh start until the present trading box phase gives some compensation, and players can figure the next scenario taking in account fundamentals, political factors and news before a new rise to the annual objective near $1800. 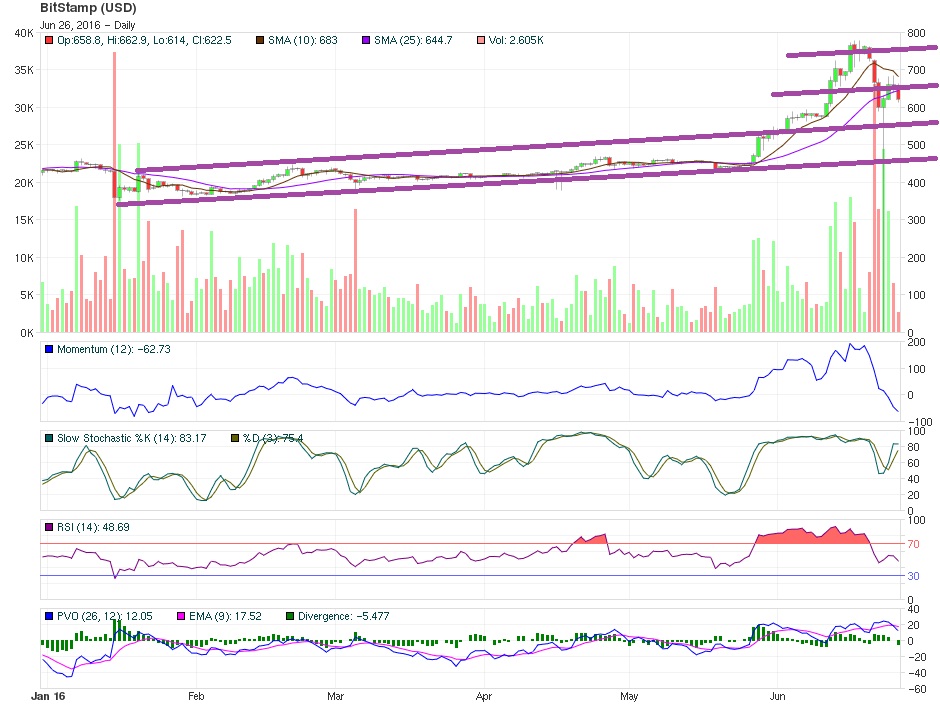 Prices are sustained among several resistance levels that were created recently in the last climbing to $800, when long term technical objectives were accomplished.

Now, an extended trading area is taking place, recognizing a buying zone under $650 and a selling area over $780.

This trading box could be on for at least three months, becoming a trader’s tool for ensuring a fresh starting level for the next technical cycle, opening an opportunity for long-term holders, who can make their math yearly with the next upper reference near $1800.

As every congestion sideways lateral market oscillators are giving very fast buying and selling signals, most of them impossible to trade in a confused period with many trading mistakes and frequently stop loss activation that could be avoided  using technical analysis trading only, with an accumulation spirit. 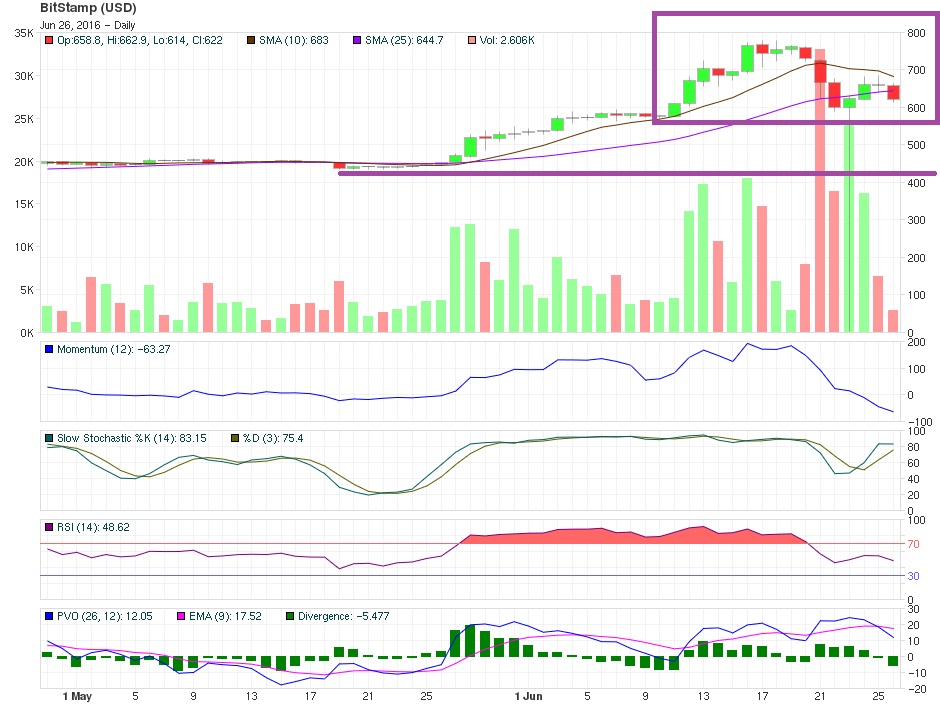 The accomplished long term technical objective only leaves a trading opportunity for the short-term, in a very wide trading box that starts its placing for at least three months. This acts like a kind limit for all strategies.

Looking forward to the next lateral scenario, and thinking to avoid trading mistakes, the buying zone could be below $650 and the shorting one over $780.

But for now, the very wide middle options strategies could be recommended instead of the confused signals that mathematical indicators are giving in the present trading box.

The time period for the present phase could be accelerated with news and political factors, but the starting of the next Elliot Wave will have to wait for its chance until big players move through the congestion area.