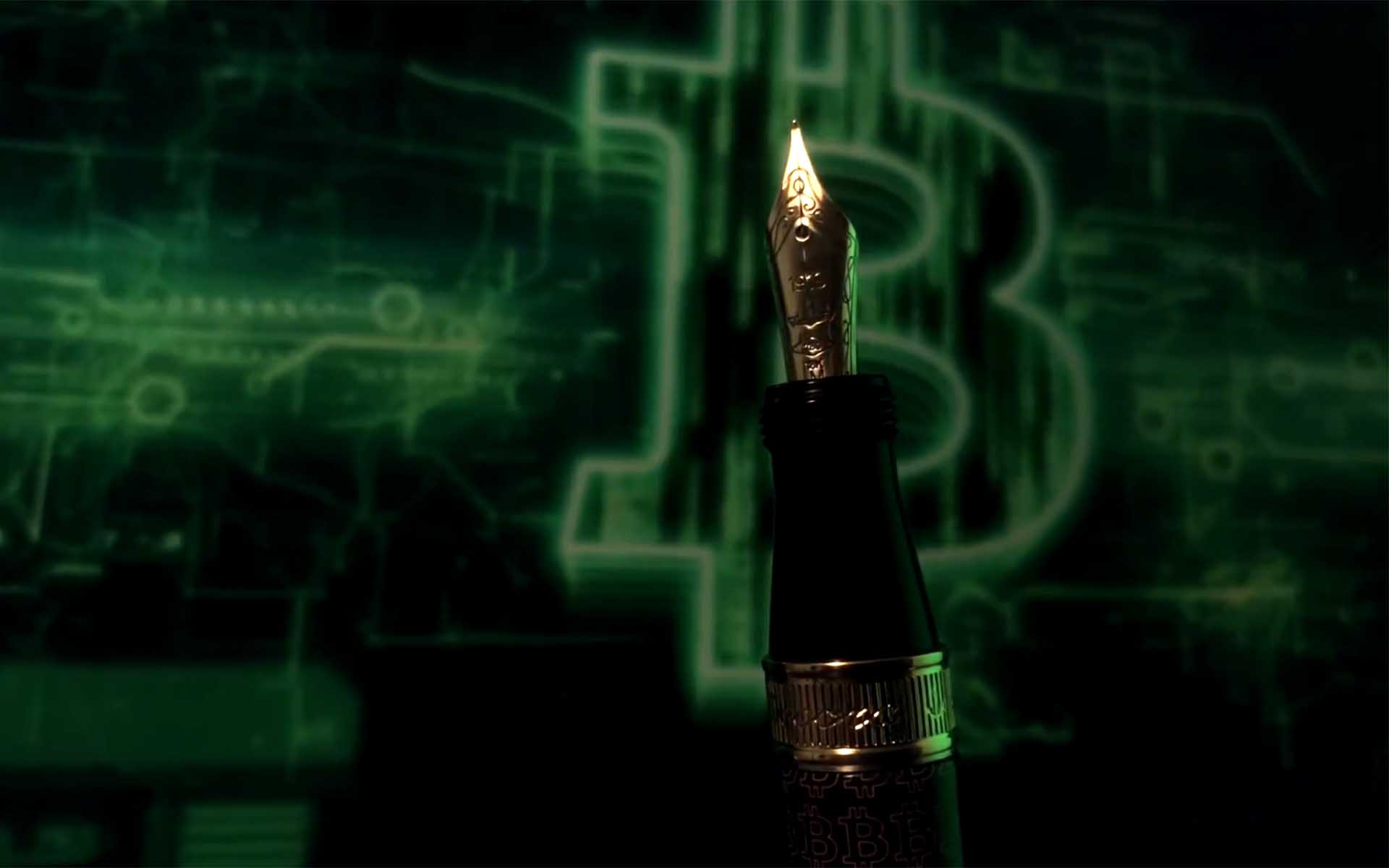 Limited supply, cheaper if you buy earlier, price will increase with each round. Is this an ICO? No, it’s Bitcoin Pens!

When it comes to fountain pens, Ancora is the definition of beauty. This Italian company was founded in the early half of the last century after the founder, Giuseppe Zanini, opened his first ever factory. The firm has always favored craftsmanship over mass production, and to this day produce some of the finest and most luxurious pens on the market. This month, they’re releasing their Crypto-Currency collection, the first of the collection being the limited edition “Bitcoin Pens.”

A set number of pens are being manufactured, similar to the “limited supply” concept that is prevalent in many cryptocurrencies today. Two styles of the pen are being offered, roller ball and fountain. Ancora is only selling 888 roller ball pens, each with a personal production number etched into the bottom. The fountain pens will be even more exclusive, with only 88 ever to be produced.

Some pens will be even rarer. Ancora is offering Platinum, Gold, and Silver numbered pens. These are the uncommon numbered pens. For example, the platinum numbers are those such as 01/88, 001/888, 88/88, and 888/888. These will even come with a custom leather pen case. On top of the sale, Ancora is also set to launch a unique trading platform for those who look to trade these fancy writing instruments.

The Bitcoin pens are not the only crypto writing instrument that Ancora plans to offer. They currently are running a Telegram channel, where users can go and vote for other currencies to have their own pens be made. They’ve already announced plans craft pens for other top digital currencies such as Ethereum and Bitcoin Cash.

They plan to not only accept fiat for these pens but also Bitcoin and Ethereum. Coveted platinum, gold, and silver numbers will only be available for sale for digital currencies.

The process to make these pens is what makes them truly special. These aren’t like the conveyor belt mass produced pens you see, each one is handcrafted by an expert artisan. These aren’t so much pens as they are collectibles for crypto enthusiasts and stylophiles everywhere.

Admit it. You want one of these Bitcoin pens. What do you think of Ancora adopting an ICO model to sell them? Let us know in the comments below.