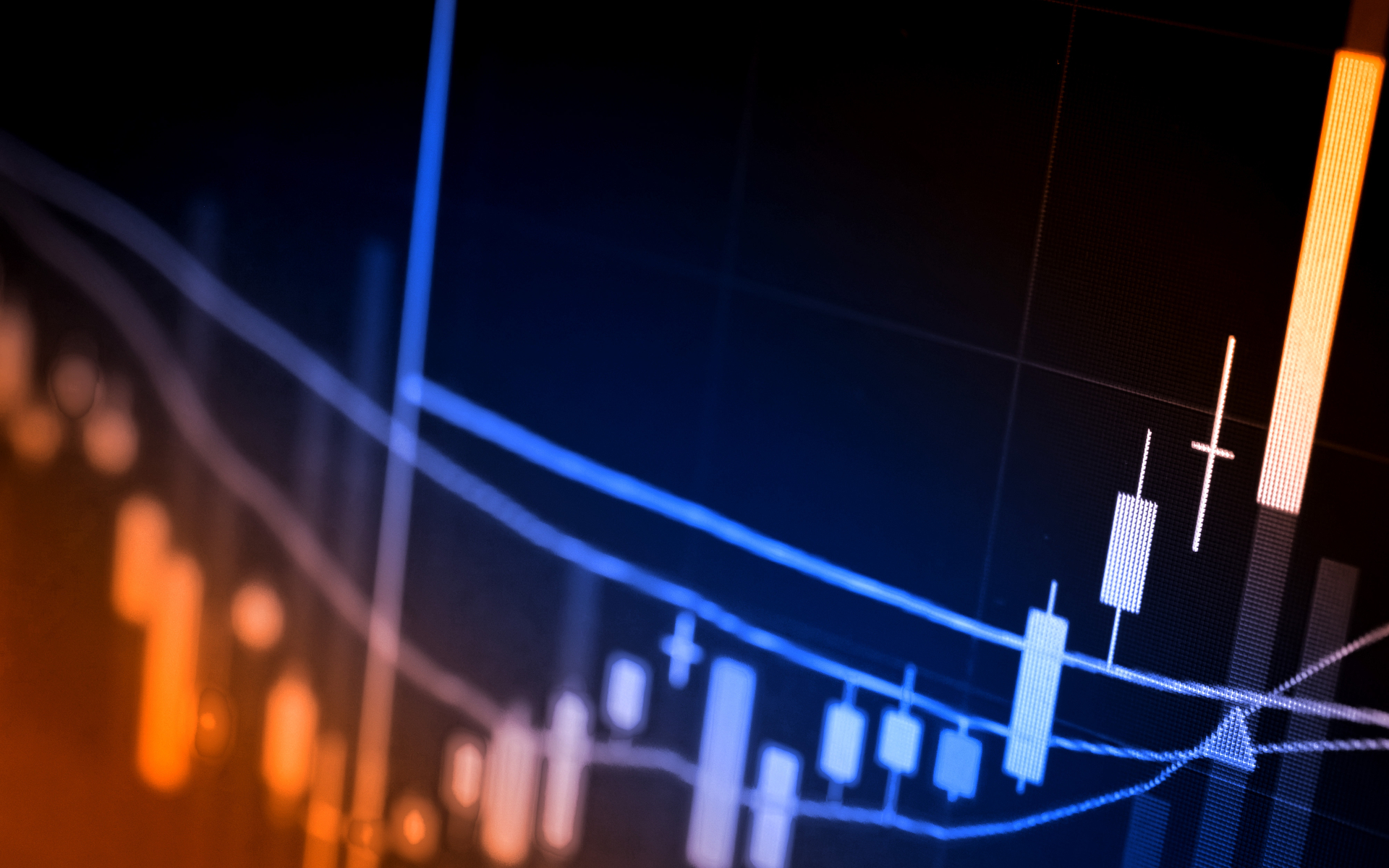 by Smith
in News, Altcoin News
0

Litecoin has recently broken out of a descending channel on the Bitcoin pair and looks poised for a bullish reversal as Bitcoin continues to create lower lows. Traders speculate Bitcoins decline could fuel a Litecoin pump over the coming days. 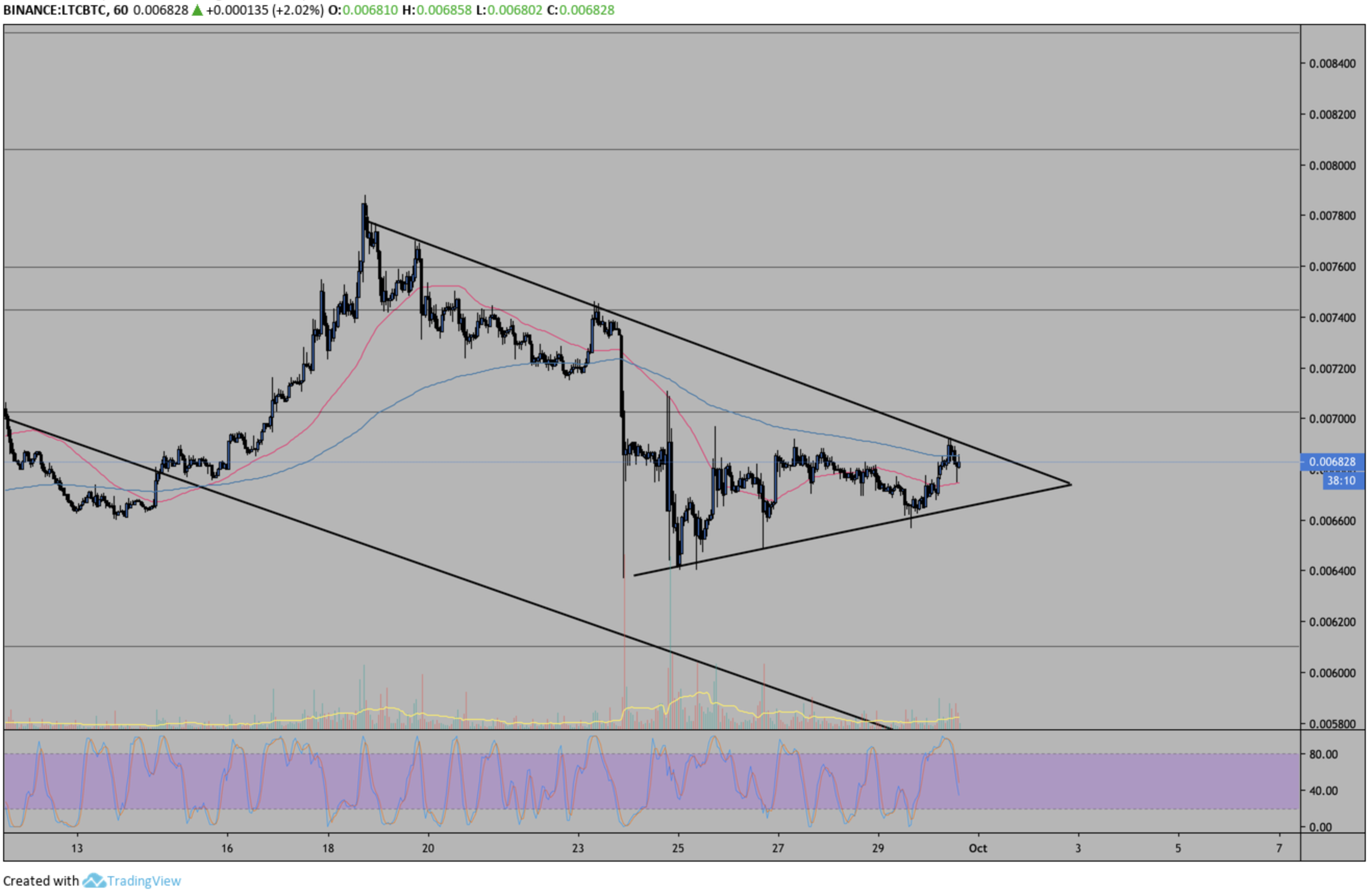 On the 1 hour chart for LTC/BTC we can see a wedge type pattern has formed as price levels re-test close to the breakout point of the descending channel which will be visible on the daily analysis below. Typically, price action will re-test any breakout point before Litecoin price levels begin to pump. The wedge has created a clear descending overhead resistance, which if broken will likely result in a dramatic increase.

The breakout point for the smaller wedge on the hourly chart sits just 1-2% above the current market price. A short-term decision will be made within the next 2-3 days, and will be determined by whichever direction price action breaks through the current wedge. If the overhead resistance at 0.006900 sats is broken to the upside, a higher high for the visible range is expected to be made taking price levels to above 0.008000 sats. Adversely, if price levels break-down through the wedge support, a drop to 0.0061000 sats is likely.

Both the 50 EMA and 200 EMA are moving close to each other and will likely cross over in conjunction with a breakout. If price levels breach either way out of the wedge I will be looking for a crossover of these EMA’s to take place along with increasing or decreasing volume to confirm the sustainability of the breakout or breakdown. 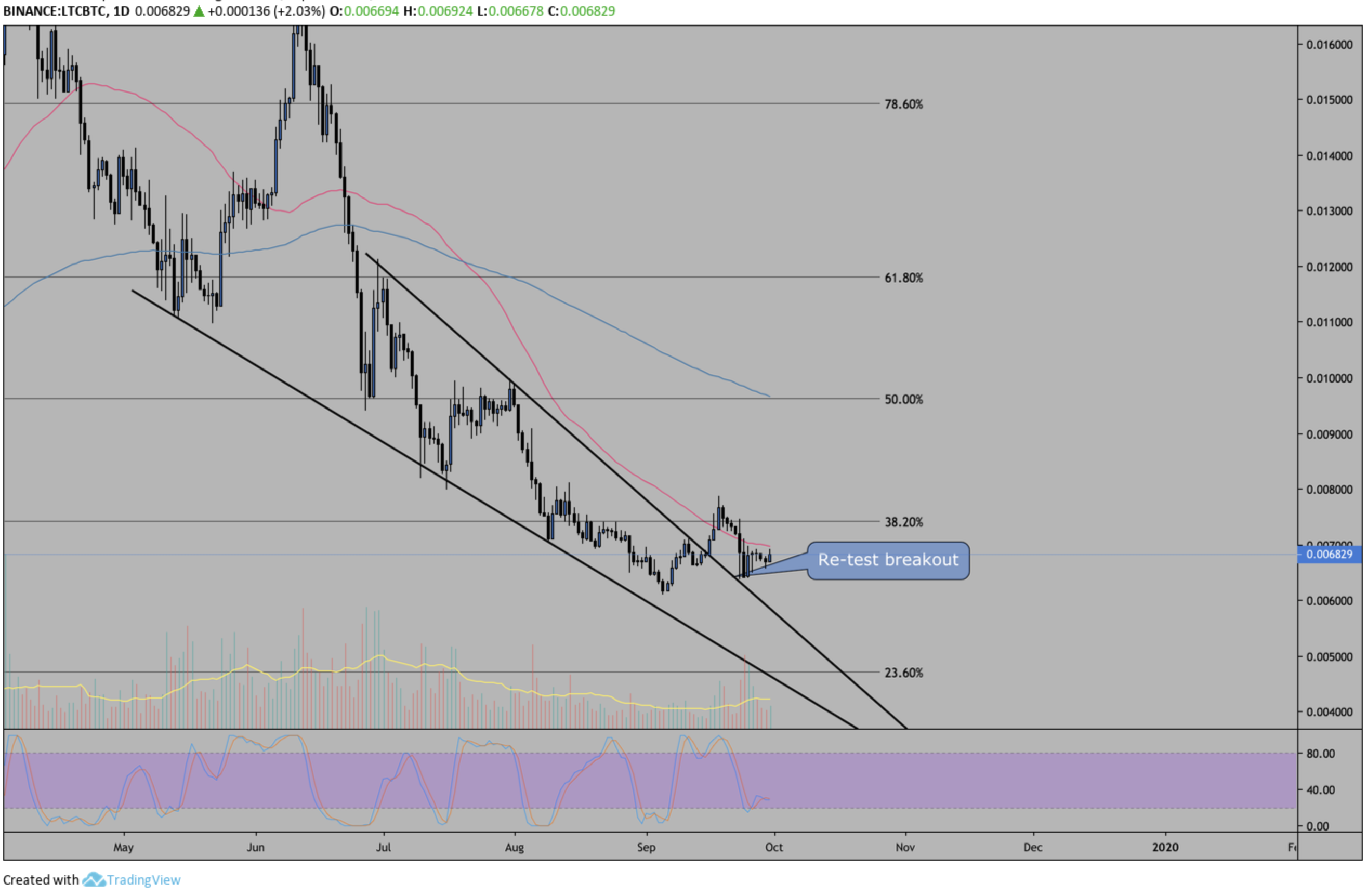 On the 1 day chart for LTC/BTC, we can see the descending channel that has formed stemming back to price action in May through to July. Price levels have seen a steep decline over the last few months as Litecoin sheds around 50% of its value. The re-test of the breakout point as mentioned in the hourly analysis above is now more visible.

RSI hovers just above oversold as the 50 EMA sits just 1-2% above the current market price. The 50 EMA can be used as a resistance point that needs to be passed in order to sustain bullish momentum. The 200 EMA at 0.009600 sats can be used an ambitious profit target providing there is a bullish breakout.

Do you think Litecoin will attempt a bullish reversal over the coming days as a result of the recent breakout? Please leave your thoughts in the comments below!