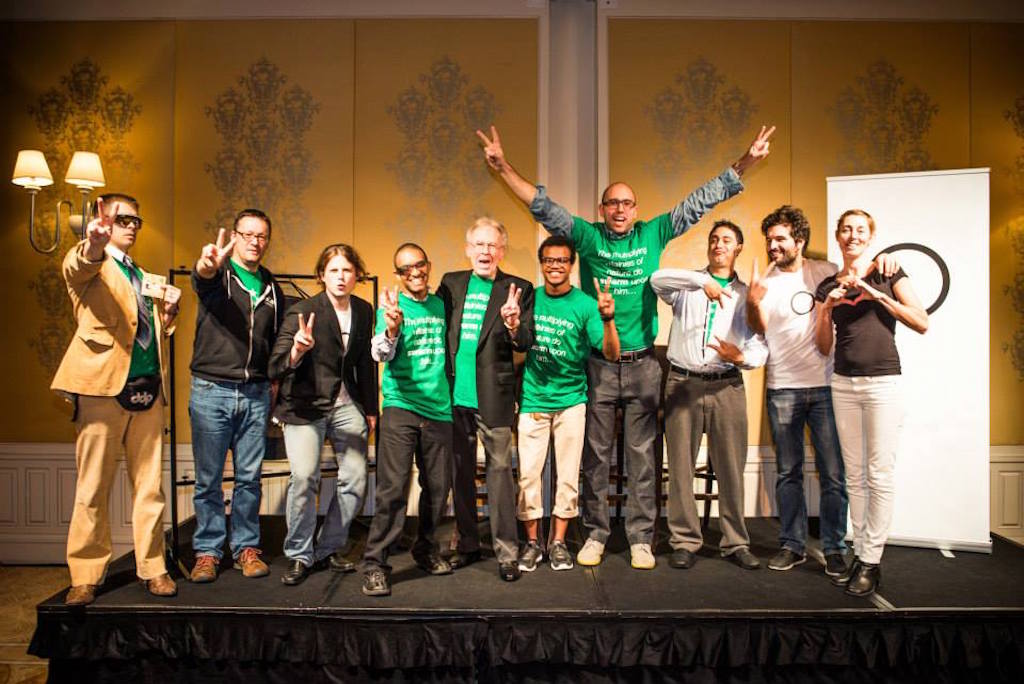 Since the publishing of this article, Swarm has announced on it’s website that Manna and DDP crowd sales have not yet started and are launching soon. The facts that are no longer relevant are striked through in the original article below.

San Francisco, California – November 13, . Eight days ago on November 5, the Swarm First Five kicked off their fundraising efforts at the world’s first decentralized demo day in Silicon Valley. Swarm’s 2014 Demo Day can be seen on YouTube.

Swarm is a next generation crowdfunding platform that is built on Bitcoin, and recently received investment from Techstars, a multi-seed fund accelerator that provides $118,000 in seed funding, intensive mentorship, and an amazing network of mentors and alumni for 7-10% equity in your company. Swarm is now taking applications for it’s next class online.

As of November 13, all projects save Manna and DDP have at least 30 days left before their fundraisers close. The Swarm First Five collectively have 21 backers, and more than 50% of those are supporting SwarmOps, a project management platform for decentralized organizations created by Rick Falkvinge, a serial entrepreneur and founder of the Swedish Pirate Party. In the first two days, the First Five collectively gained more than half of the 21 backers supporting them now.