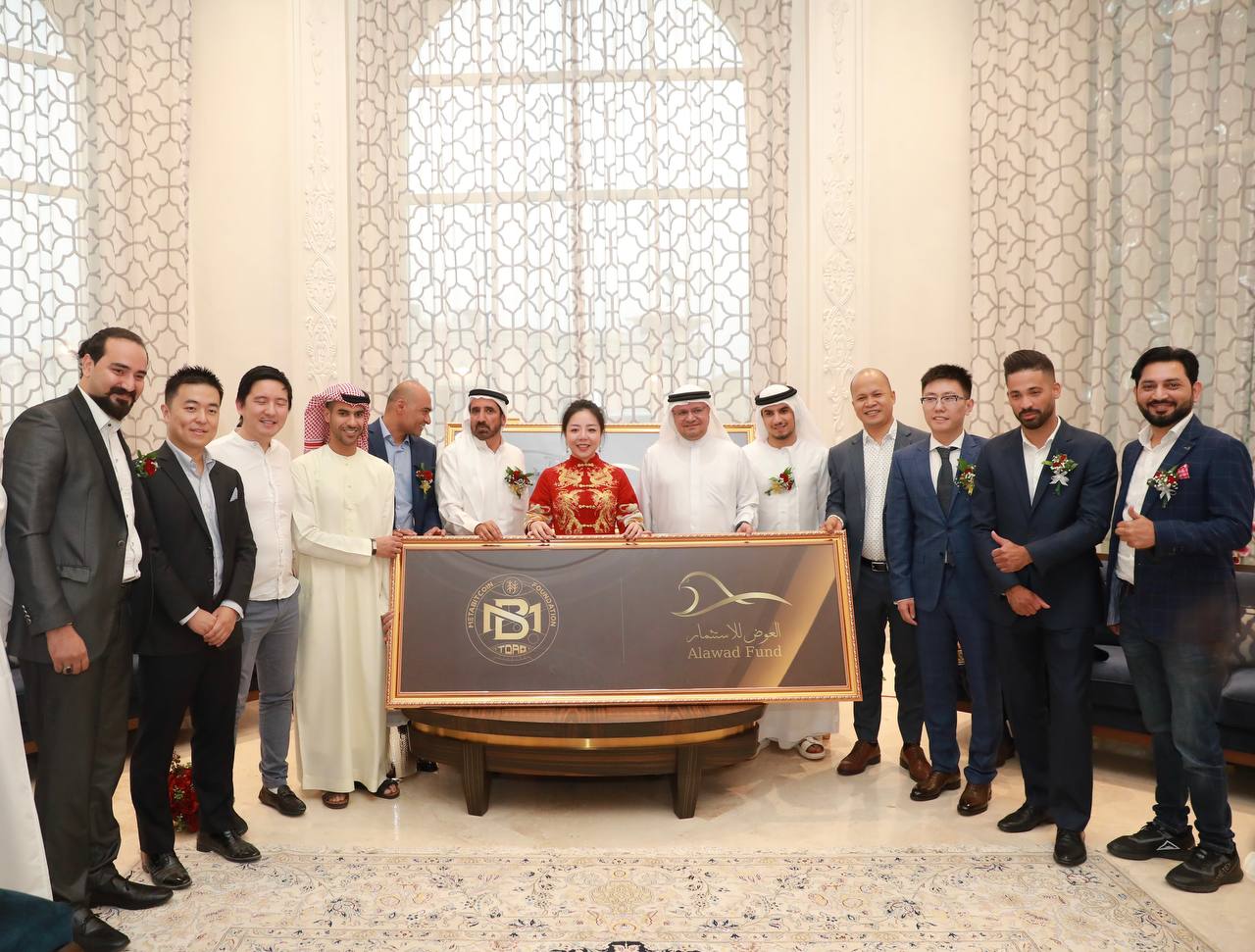 “Alawad Fund,” the first crypto fund that the Dubai royal family participated in, was launched on March 26 (local time) in Dubai, which is attracting attention as a “The holy land of crypto companies.”

The fund was established as a joint venture between Dubai Royal Family Chairman Sheikh Alawad and CEO jojo jiang, and announced that it plans to invest heavily in fostering the crypto industry.

MetaBitcoin (MBTC), which implements all Bitcoin ecosystems identically within the Metaverse ecosystem, was selected as the first investment destination for the Alawad Fund.

At the fund establishment ceremony, Alawad Fund’s jojo said, “Bitcoin (BTC) is difficult to mine, there are many restrictions such as electricity bills and mining farms, and there are currently only 2 million mining volumes left. It has a high barrier to entry.” She said, “It is difficult to rise more than several dozen times within a short period of time from now, but on the other hand, Metabitcoin (MBTC) can be mined easily by anyone, and Elon Musk said that Bitcoin causes environmental problems. It is also free from the issue of being able to do it,” she said.

She also stated, “Metabitcoin (MBTC) was selected as the primary project of the Alawad Fund because of its low initial entry barrier and high evaluation of the fairness that both project sides and users start mining fairly.”

MetaBitcoin (MBTC) was issued by Meta Satoshi Nakamoto, and has the same elements as Bitcoin, 21 million total supply, 4-year halving, and mining compensation. can be purchased within.

MetaBitcoin started mining on May 3, and currently about 30,000 miners are participating in mining.  Also from July 3rd, the upgraded miners from 500,000 to 2 million hashrate will be sold in three units.

Dubai, United Arab Emirates (UAE) has recently become known as a hub for virtual assets and blockchain-based startups.  While the government is attracting foreign talent through friendly policies at the government level, many crypto companies such as Binance are flocking to Dubai and emerging as a ‘holy land for crypto companies’.

“Alawad Fund”, established with the strong support of the Dubai royal family, is famous in the blockchain by investing in promising projects with various key blockchain partners such as Binance, Bitmain, Huobi, Lbank, Bibox, and Polygon. We aim to grow as a promising fund.

Dubai Royal Family Chairman Sheikh Alawad said at the Alawad Fund inauguration ceremony on this day, “Dubai is presenting the most friendly business environment for blockchain companies. Alawad Fund was launched.  Afterwards, he expressed his hope that the slogan ‘Blockchain as the future of finance and Dubai as the future of blockchain companies’ would be widely known around the world by actively investing and supporting promising projects together with various oil conglomerates.