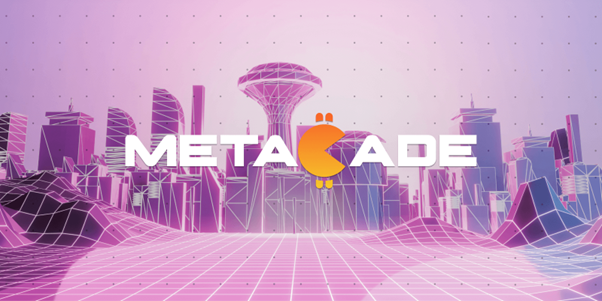 Metacade Beta Round Selling Out Due to High Interest – Could MCADE Be a Metaverse Leading Project?

The metaverse is full of highly sought-after investment opportunities. It is a global center of innovation, leveraging new technologies to enhance players’ gaming experience worldwide.

Metacade (MCADE) is a prime example of a project that can deliver this functionality to its fullest extent. It has raised over $1 million worth of investment during its token presale and looks set to become a leading metaverse project over the next few years.

Metacade is one of the hottest crypto investments around right now

Metacade has the potential to attract a large user base over time. The project serves the blockchain gaming community directly. It provides various benefits, including an advanced incentive structure that rewards users with MCADE tokens in new and exciting ways.

Investors are predicting that Metacade could become one of the most widely used GameFi platforms in Web3. With that in mind, it’s no surprise that the MCADE price looks set to make massive moves over the coming years, with some predicting that MCADE will be a top 5 metaverse project by market cap.

After Metacade officially announced its long-awaited presale, it raised over $1 million at the current price of $0.008. MCADE looks like it will rise to $0.02 before the IDO, meaning that investors have a massive opportunity to make gains during the presale and beyond.

The next bull run will likely hit crypto markets in 2025. These events can be a frenzy, as increasing prices attract people worldwide. Tokens can skyrocket as a result, and strong projects such as Metacade can benefit in a major way.

Some investors suggest that the price could reach up to $8 in 2025, a 1000x increase from its current price. Metacade certainly has high potential, as it is a project with strong fundamentals, a unique offering to gamers, and a token that is beginning to gain traction.

Metacade is building a comprehensive gaming experience on the Ethereum blockchain. The project aims to be a central hub for the wider blockchain gaming community, as gamers will gain access to a selection of play-to-earn (P2E) titles in the biggest arcade on the blockchain.

The Metacade will connect GameFi enthusiasts in exciting ways, including P2E tournaments where gamers worldwide will compete for crypto prizes.

How does Metacade work?

Since Metacade uses blockchain technology, the arcade games will offer crypto rewards as players progress through levels and sharpen their skills. There will be a near-infinite supply of P2E opportunities, as each game has endless levels for players to enjoy.

As well as this, Metacade offers brand-new ways to connect with other players. Users can share the latest tips and tricks and even receive rewards for providing useful contributions to the community. This reward system can help expand the project’s user base, as Metacade has an advanced incentive system to encourage users to learn, share, and explore everything Metacade offers.

Metacade could turn out to be a true game-changer

Metacade will fund some of the best up-and-coming projects through its Metagrants program. Community members can hand-pick the best investment proposals from game developers and vote to provide early-stage investment, which will directly influence the future of Web3 and drive innovation in the GameFi space.

The platform will also connect gamers to beta-testing opportunities, allowing gamers to provide feedback to game development teams. In exchange for helping to optimize these new games, the Metacade community will earn crypto tokens as a reward.

The Metagrants Program and the beta-testing feature can help the wider GameFi industry grow. Developers rely on early-stage funding to turn their ideas into a reality, and it is similarly important for new games to be secure before they are officially released.

Metacade will provide unprecedented support in this process, and the platform’s community can gain some real benefits as a result. Players can earn MCADE tokens for participating and will have a direct hand in the platform’s future and gain access to new titles long before they hit the market.

The MCADE token currently looks extremely underpriced at $0.008 per token. However, the project has ambitions to become one of the biggest GameFi platforms, and future price action will likely reflect its value more accurately.

Early investors can expect a return between 10x and 50x, so MCADE is a strong buy right now. However, the beta sale is almost over. The price will rise to $0.01 very soon before eventually rising to $0.02 at the end of the presale. The Metacade presale is a rare opportunity to get in at the ground level of a crypto project before the expected explosion occurs.

You can participate in the MCADE presale here.