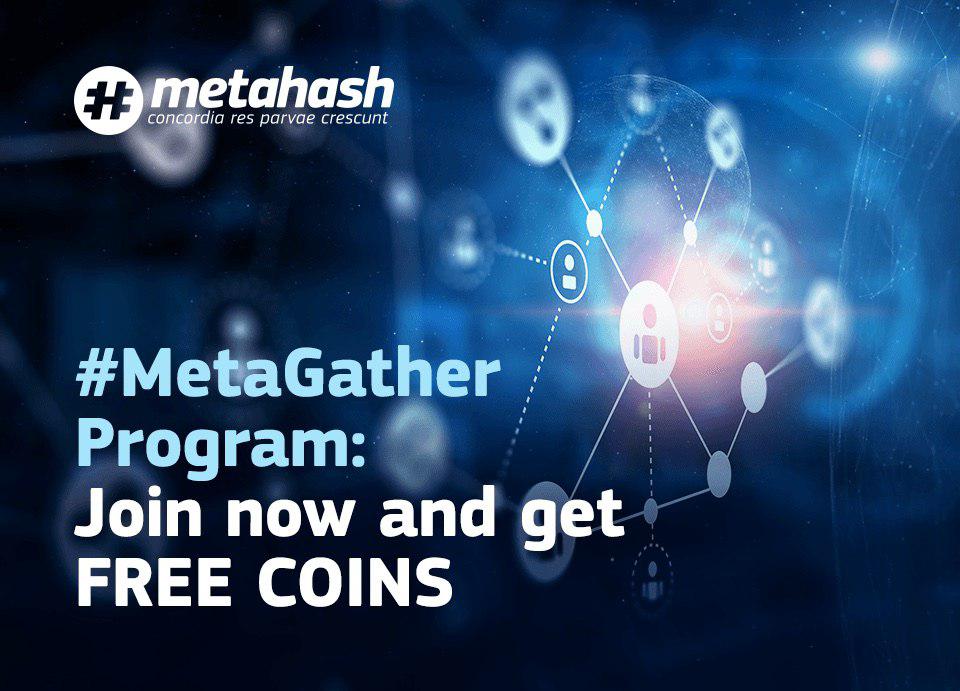 by Bitcoinist
in Sponsored Article, Blockchain
0

There is a recent global movement for policymakers to put together their heads with industry stalwarts as mass adoption is the key for blockchain to proliferate. #MetaHash, the high-performance blockchain network, is doing a great job with the #MetaGather Program, a targeted campaign to stimulate massive familiarization with blockchain.

#MetaHash Tech Lead and Co-founder, Gleb Nikitin highlights the importance of the program as “the opportunity to take part in the consensus mechanism of the distributed network, which in other cases requires investments, and even get rewards for this engagement in one of the most promising technologies nowadays”.

If you’re into blockchain and crypto, the process won’t be tough to follow. If you’re serious about the process, the #MetaGather Program offers rental of 1000 #MetaHashCoins at no charge to any new user who will sign up at the program’s page. Locked for sale and transfer, the coins may be used only for forging, a process of getting reward coins for supporting the network’s consensus and operation.

The forging process in #MetaHash is analogous to mining in Bitcoin but differs distinctly in its design consideration of functioning as a staking mechanism.  The setup doesn’t require heavy investments in hardware and can be available for ordinary computers.

Rewards are the main thing. With granted coins, the user can get at zero cost up to 40 percent of the reward, which is usually forged with user-possessed coins, or even more if one decides to engage further through social activities and more advanced forging modes like delegation or node operation, as well as by increasing the amount of owned coins.

If you’ve got like-minded friends, here’s something to share. The program also offers referral mechanics so as to make the engagement of new users into blockchain more attractive. Thus, additional rewards will be granted for inviting friends via a special link.

The native #MetaHashCoin is a critical component of the network used in everything from node operations to exchange services within the #MetaHash ecosystem. Enlarging the number of forgers the #MetaGather Program significantly contributes to a wider popularization of blockchain technologies.

The news of opening the program comes on the heels of #MetaHash’s other announcements centering on the network’s new “infrastructure torrent nodes” as a further step in decentralizing the network.

If you are not so keen on blockchain or crypto, maybe it’s time to get educated and find out where the world is going right now. Help expand blockchain adoption, become a part of the growing network and get rewards for your engagement!