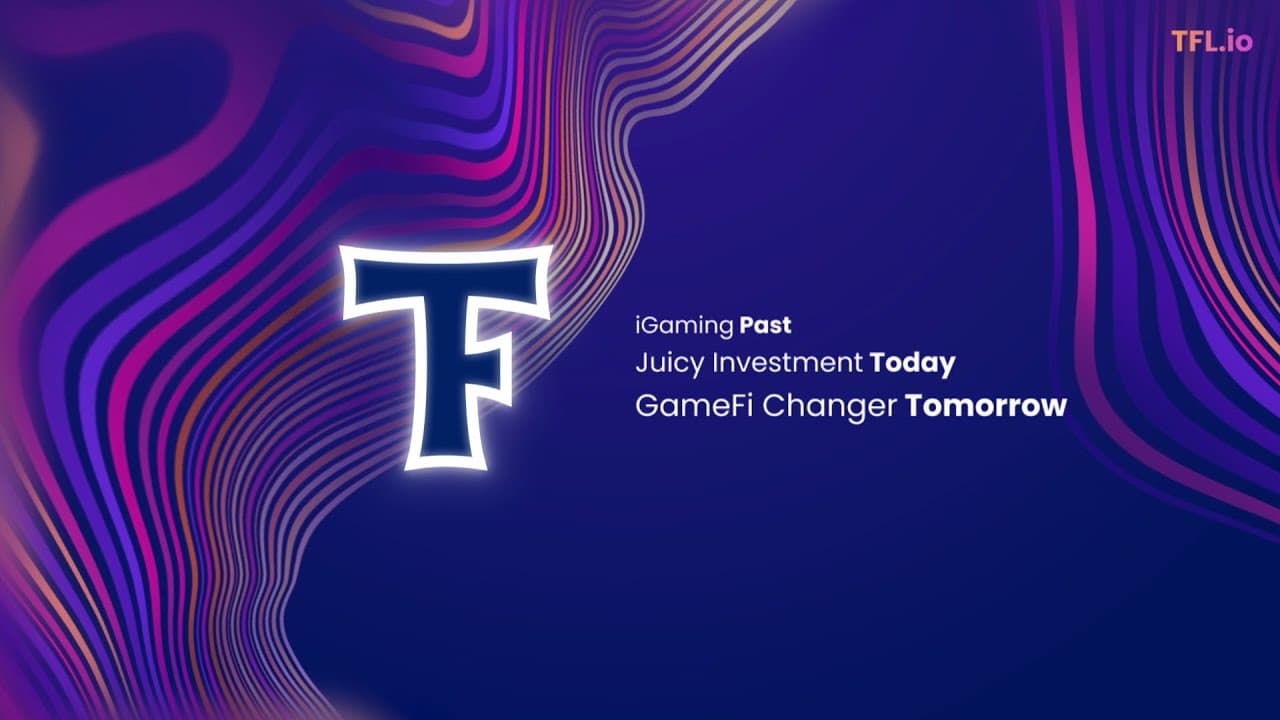 In 2017 a blockchain-based crypto-lottery Flip’s Star (now True Group iGaming company) conducted its fundraising campaign featuring the TFL token as the native governance token of the project. TFL token is now a part of the True Group company, together with True Partners (casino operator), True Lab (game provider) and True Label (casino developing platform). Despite the fact that the company is working in the iGaming industry, TFL goes beyond the boundaries and develops as an independent crypto project.

The CEO of the new rebranded TFL.io project Daniil Andriyanov is open and transparent about the team’s plans to get involved in the new GameFi trend of metaverse and gamification, yet…

“As part of our product, we focus on the entertainment industry, since over the past 4 years we have formed a colossal expertise and achieved tremendous success in iGaming. If we are already the best in such an established conventional market and in such a short period of time, then what can we achieve in such a young emerging industry as Game Finance, which is in fact the brother of iGaming, “says the CEO of TFL.io

The product can be absolutely anything, from finance, marketplaces, the entertainment industry to highly specialized fields. The main idea is that they will all be united by a pool of technologies such as VR and AR, AI and ML, blockchain, NFT and others.

But let’s get back to basics and see what exactly we are talking about when mentioning GameFi and what the main trends are:

This term GameFi means all the variety of game projects on the blockchain, especially those using NFT.

There are several categories in the GameFi segment:

According to many experts, the GameFi segment has a promising future. Developers get new tools for distributing and monetizing games, and millions of players around the world get the opportunity to combine gameplay with earnings.

However, potential risks are also visible. Most of the existing NFT games are graphically primitive (often at the level of flash games of the early 2000s) and have repetitive gameplay. In terms of player engagement, they are still far from the top multiplayer online games such as World of Tanks, Fortnite or World of Warcraft, where millions of players literally live for years, wasting time and money.

Monotonous gameplay and low engagement lead to the fact that interest in new games quickly wanes, and after the excitement comes oblivion. This is why the GameFi industry is tending to extend its usage and find more interesting use cases. The main of those are Metaverse and Gamification.

The Metaverse is a new augmented reality in which we can virtually collect and explore spaces that are inaccessible to us in the real world.

While the metaverse is primarily focused on gaming platforms today, there are other variations of the metaverse, including:

“To best explain this term, I would turn to astronomy. The astronomical universe includes billions of galaxies, galaxies include billions of stars, billions of planets revolve around the stars, on one of which we live. It’s about the same with the metaverse. It is one single information field, access to which we get through the Internet, ”explains the expert.

The concept of the metaverse is not new, but interest in it has skyrocketed since Facebook entered the metaverse market and created a buzz in the crypto space. This hype has led to a surge in interest and investment. However, games are just the tip of the virtual iceberg, the possibilities of the metaverse are much wider and richer.

With a developed metaverse, we would be able to freely overcome cultural barriers, differences between countries, entire nations, and even the laws of physics. The metaverse would be useful to us for almost everything – from work and play to everyday things, for example, for visiting a doctor or preparing for exams. But despite the promising prospects, the metaverse will never replace the real world, the expert assures. Although, of course, the usual life of some groups of people will certainly change.

“These are completely different entities: material and metaphysical. The metaverse is only an information field, a superstructure over the Internet. Can the Internet replace the real world? I do not deny that there will be individuals who will spend 24 hours a day on the Internet. There will be people in the metaverse around the clock, but this is rather a deviation from the norm. In the end, nature always wins and pulls people into the real world, ” said the expert.

The metaverse is still very young, and we still have to deal with the enormous and possibly unlimited potential of these spaces.

Gamification is a technology for adapting game methods to non-game processes and events for greater involvement of participants in the process. Why introduce gamification into business, production?

The need for new methods of motivation arose due to the fact that the old schemes of reward stopped working. Praise, rewards, fear of punishment – the carrot and stick methods are far from being as effective. Especially with regard to generation Y – young people 18-27 years old, who are more accustomed to gamification – that is, passing stages, tasks, improving the level. Old motivational schemes don’t work on them. The competitive moment works.

Gamification aims to replace workflows, whether interesting or not, with gaming goals.

Gamification is widely used in:

GameFi projects will become one of the most active participants in the metaverse. It is these companies that have drawn attention to virtual worlds and created a buzz. Recall that the first metaverse was just created by the Sandbox game company.

“Let’s imagine that within one GameFi project, an NFT character emerged, with a lot of resources invested. I, as a representative of another GameFi project, realize how much effort the player spent on building such a character and understand the value of this player for the project. Nothing prevents me from coming up with mechanics and conditions within my project, where the owner of an NFT character from another “star” will receive a lot of benefits on our “star” if he lands. This is how the interaction between our stars will take place – blockchain and NFT allow us to do this right now. And you don’t need to build physical rockets! How is that to you, Elon Musk? ”- commented Daniil Andriyanov.

What is next for TFL.IO?

TFL was always a special token: it was working for business — and helped to raise a global company with worldwide recognition. TFL was working for the gambling industry — and participated in the launch of leading casinos, games and gambling products.

Now it is time for TFL to work for the good of its community of holders and make the best crypto product that will push the boundaries of the whole industry.