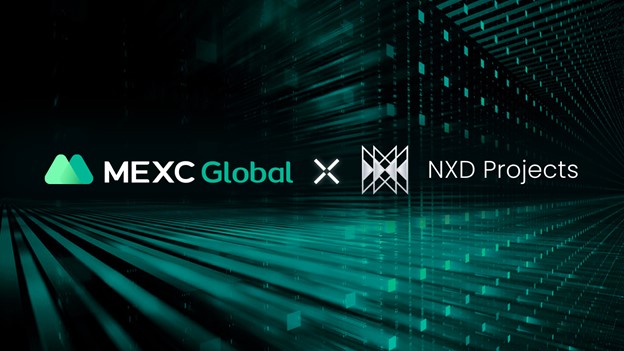 MEXC Global Partners with NXD Project within Nexidius, Unveiling the Path to a Virtual Country

The leading digital asset and cryptocurrency platform MEXC Global partners with NXD Project. NXD (Nexus Dubai Token) is the virtual currency used within Nexidius, the world’s first virtual country. With over 10 services, Nexidius is built for the benefit of NXD holders and conceived by TJay on the theme of creating an internet country without borders.

Nexidius, the main service in the NXD project, protects the rights of its citizens by issuing the one-of-a-kind, exclusive citizenship in NFT through the use of the Polygon-based NFT Marketplace. With this citizenship, people will have access to all the services of Nexidius, including purchasing real estate, NFT, and participating in meetings in the NXD project. The platform also integrates features such as social networking and games for users to earn money with it and much more. NXD is a Meta Platform rather than a simple currency, where a four-dimensional Web4 place is built up that aims to eliminate borders and discrimination.

The project has made progresses in various scenarios such as retailing and payment, especially in the UAE. The Nexus Project now can be used in many retail stores, restaurants, etc., mainly in Dubai and Abu Dhabi, through partnerships with various companies in the UAE. Incentives for consumption behavior within the UAE will accelerate consumption, and users will be able to complete payments through an app. Stores can also become participating merchants without having to spend a large amount of money to install a regular payment system.

The Nexus Dubai Token, which is listed on MEXC Global,  is being initially issued by Polygon, the touted second layer of the Ethereum network, which is based on the next-generation “Proof of Stake” consensus algorithm, allowing for fast processing and decentralization.

MEXC Global has been working closely with NXD Project, as a major contributor since its early stage. The partnership with MEXC Global will not only add liquidity to the NXD Token, but will also help over 7 million MEXC users acquire the access to experience the world of Nexidius without limitation.

Established in April 2018, MEXC Global is a digital asset trading platform with over 7 million users, which offers users one-stop services including spot, margin, leveraged ETFs, derivatives trading and staking services. The core members of the team come from international enterprises and financial companies and have experience in blockchain and financial industries.