Monetas, is trying to introduce a new bridge between Bitcoin and virtual assets, based on bitcoin and colored coins technology.
Monetas is building the world’s first decentralized system for financial and legal transactions. It is a powerful, open, standards-based platform that will enable digital finance entrepreneurs to build amazing new products and services. By introducing breakthrough technological innovations and dramatically lowering the cost of doing business, it will enable a whole new class of businesses.
The startup mission is to empower people to live and do business with greater freedom than ever before, creating a world of unprecedented prosperity.

The financial and legal systems all around the world are centralized, thus creating a single point of control and failure. Centralized systems are inherently vulnerable to abuses of power and catastrophic failure, witnessing the deepening global crises we are experiencing today. These systems have proven to be very expensive, slow, complicated, insecure, and prone to privacy violations, fraud, and corruption.

As a company with current and planned “blockchain-synergistic” products, Monetas has strongly invested in the development and new features implementation within the Bitcoin wallet. After choosing btcwallet from Conformal Systems as the technical foundation for blockchain integration, the Company is currently integrating four full-time software engineers to develop and add features and improvements to btcwallet. 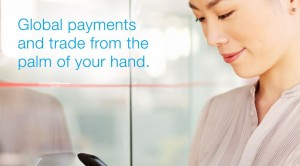 The feature that the company finds most promising is colored coin support:

The term colored coins refers to two distinct things. One of those explanations finds it is a technique for carefully constructing Bitcoin transactions in a way that preserves information apart from the base monetary value of the underlying units. The second assumption is sometimes used to refer to the extra information itself, which we will be referring to as virtual tokens.
Virtual tokens possess all the capabilities of currency, plus one additional capability, to act as smart property, which is helpful for asset representation and non-currency usage.

With virtual tokens users will have access to a wide range of possibilities to use them:

Virtual tokens can be transferred between individuals
Can be combined with multiple tokens upgrading it to a token with a greater value
The valueof a determined token can be divided of into multiple tokens
They can be used as blockchain-scripted contracts
Vitual tokens can be stored on the blockchain with multisig scripts
It is easily possible to prove that any particular virtual token is a valid member of a set created by a certain issuer, without requiring the issuer to create and manage the token registry.

Transaction-based coloring was pioneered by ChromaWallet and works by identifying a specific Bitcoin transaction at a particular time as the “genesis transaction” and tracking all units which descend from the genesis transaction. Transaction-based coloring can produce the full range of virtual token types, and has the security property that even a loss of the original private keys to the genesis address cannot result in the issuing of counterfeit virtual tokens.
Federated instruments are based on contracts which are bidirectionally linked to smart property. This means that contracts can be named by their smart property identifier and any notary who is presented with a federated contract can use the blockchain to verify its authenticity.

The issuer of a federated instrument also uses colored coin tickets, certificates, or smart properties to objectively record the number of units issued. Recipients of these units can deposit them with, and move them between, voting pools and enjoy the full benefits and functionality of the Monetas platform. Monetas notaries can accept deposits of these units without knowing anything about the issuer or the reliability of other notaries because they can rely on the blockchain as an objective and unimpeachable source of truth for clearing and settlement.

As exciting as the low-level plumbing of colored coins is, the ways in which colored coin virtual tokens may be used are even more exciting. Monetas team development efforts are currently focused on three use cases for colored coins:

Tickets
Tickets are transferable bearer tokens which are designed to be eventually redeemed for some kind of real world value. They can also be Event entry passes, Store coupons and special offers, and frequent flyer miles and other redeemable rewards

Certificates
Certificates are transferable and redeemable in the same manner as tickets, and they additionally entitle the bearer to some kind of revenue paid through the blockchain.
Certificates can be used for bearer securities, such as securitized loans, mortgages, bonds, and dividend-paying stocks.

Smart Property
Smart properties are transferable like tickets and certificates, and in addition, every particular smart property is both unique and atomic. Only one smart property of a given identifier can be created, and once created it may not be subdivided.
Smart properties can be used to indicate ownership of a unique real-world asset, and can also be used for objective naming of content-addressed mutable data. This naming function is related to, and an extension of, hash-based naming.

The Company believes this is an exciting new capability with deep implications, and does not believe it has fully mapped out all the possibilities it opens up.

Once this colored coin work is complete, Monetas will be able to use this functionality to realize the full potential of the Open-Transactions technology. 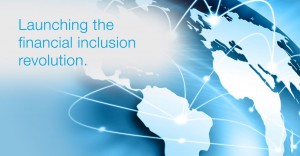 At the present time, every Monetas notary effectively creates its own namespace within which instruments are valid but outside of which they are meaningless. It is not possible for any notary to verify the claims of any other notary in an objective fashion, because any proof an honest notary can produce is indistinguishable from a proof created by a dishonest notary. Unless, of course, the notaries have a common blockchain they can all use as a reference.

Other users of btcwallet besides Monetas will benefit from the features the Company is adding. As part of Monetas technical collaboration with Conformal, the firm is implementing colored coins in an interoperable manner. Any user of btcwallet will gain the ability to create, receive, and transfer the three basic virtual token types even if they do not choose to utilize the Monetas platform to obtain the colored coins full functionalities.