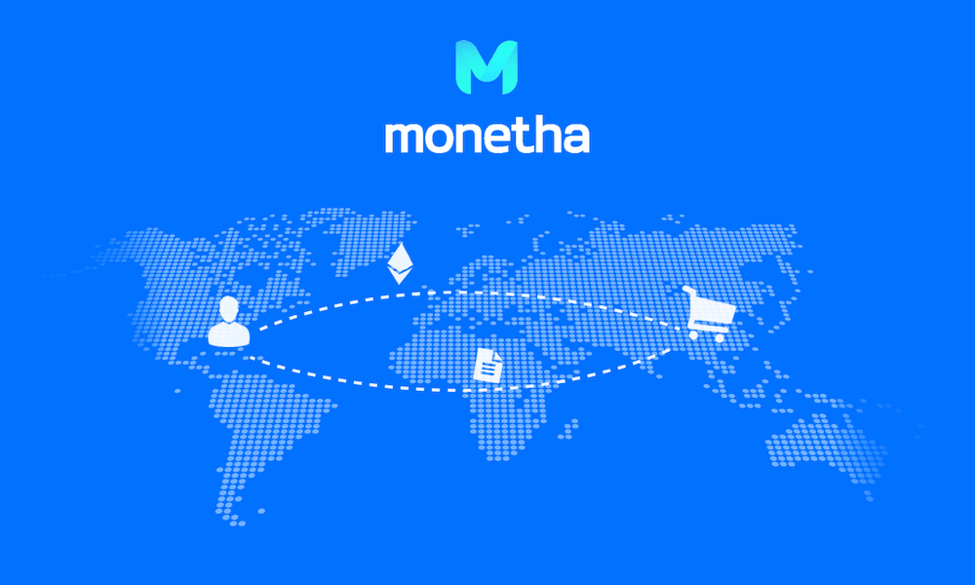 By comparison, Monetha’s decentralized payment gateway service is quicker, more secure and more affordable than that of the majority of today’s mainstream alternatives. Think of Monetha as a cross between PayPal and Trustpilot, only run on the decentralized Ethereum blockchain. The company has announced the date for its upcoming ICO campaign, which is set to begin on the 22nd of August 2017.

Monetha’s Ethereum smart contracts integrate with the payment processor to form the company’s ‘decentralized trust and reputation system (DTRS). The system records important data such as product warranty and blockchain transactions to build trust between buyers and sellers on the platform. A built-n algorithm analyzes various users’ reputation and then delegates a trust rating to each one accordingly. Much like Amazon the trust rating (similar to product star ratings) constantly changes as reviews, claims, and disputes are updated to the platform.

This system aims to solve the current problem associated with transactions, specifically regarding online purchases on domestic and international sites. The decentralized trust and reputation system is designed to fix these long-standing trust problems between these parties, helping them avoid issues with faulty items, chargebacks, and scams. With the possible exception of e-commerce, Monetha’s decentralized trust and reputation system is also compatible with retail applications.

Monetha enables all its users to buy products across the globe, with any Ethereum-based currency and instantly converts that currency to the applicable fiat currency to facilitate the transaction. To achieve this Monetha generates a QR code that is then scanned by cryptocurrency wallets for conducting transactions. When the transaction is initiated, the merchant will receive the funds in about one minute and will be subject to a commission fee of no higher than 1.5%

Despite the presence of a range of payment gateways and processing service providers, today’s merchants are sometimes forced to go through an almost 15-step transaction process, with multiple types of fees for a single transaction. Merchants can often pay between 2% and 6% per transactions, in contrast to a blockchain based service that can offer fixed transaction fees at a more reasonable 1.5%.

Process time for conventional payment system providers can range from hours to days due to the numerous steps involved to confirm the transaction. Monetha has stated that its blockchain-based payment system can offer payment transaction speeds of up to 10,000 times faster than that of traditional alternatives.

The company has a mission to solidify itself as a leader in global commerce, to offer a reliable, transparent and decentralized payment gateway to consumers across the globe.

Monetha launched in January 2017 and is following a detailed roadmap, leading all the way until 2019, when it plans to have it services in full operation. The company is in the second phase of its roadmap, moving towards the upcoming token sale, which kicks off on the 22nd of August 2017.

Monetha’s decentralized trust and reputation system strive to improve upon all facets of today’s traditional e-commerce systems. With a successful ICO and well-realized roadmap, Monetha has given themselves a fighting chance to be in the foreground of the industry in the next few years.