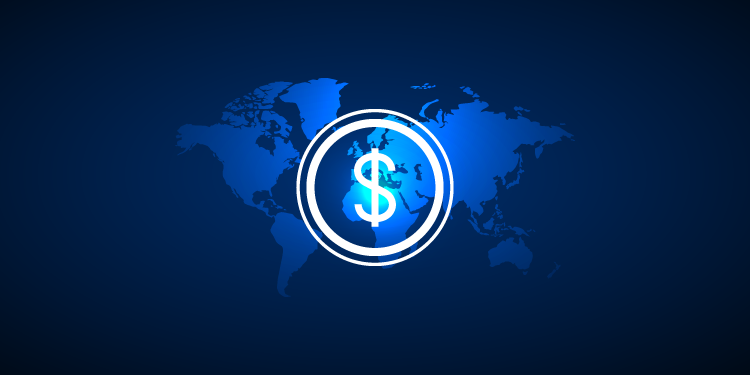 At its core, inflation is caused by too much money in circulation compared to aggregate demand in any given economy. A rise in the amount of money in circulation is only necessary when there is an increase in productivity gains at par with the new amount injected into the economy. Similarly, the value of the fiat currency decreases if the aforementioned conditions are not met. For example, if a nation owes its creditors lots of money, it can simply print more money. The original debt is paid off, but the currency received has less value.

If there is inflation of a fiat currency, it costs more to purchase the same goods and services that could have been bought with less money before inflation. Why? Before inflation, a fiat currency had more value. In some countries where populations suffer from hyperinflation (e.g. Venezuela, Argentina), people tend to invest in cryptocurrencies such as Bitcoin. However, most well-known cryptocurrencies are highly volatile and are not really fit for day-to-day payments.

Users then turn to what is known as stablecoins. These cryptocurrencies are pegged, mostly, to the USD. However, most of them are centralized. Worse, people suffering from high inflation still have problems using them since they peg with a strong fiat currency such as the USD means that they still have a loss of purchasing power. Indeed, their prices are still denominated in their local monies, which depreciates against the USD, increasing the prices further.

The value of JAX coins relative to transactional value

One way to tackle these issues is to measure economic value differently. However, permissionless blockchains do not have a whole lot of data you can rely on to build a fully decentralized stablecoin. The only reliable data accessible and verifiable is, in Proof-of-Work networks, hashrate, or the computing power allocated at a certain time on the network. Jax.Network uses the Bitcoin hashrate to peg the value of its coin. One coin is produced at the cost of one unit of computing power. At the marginal level, it means that the cost is pegged to the electricity cost of producing one unit of computing power.

Thanks to a unique reward function, JAX coin issuance is proportional to the hashrate of all miners mining the shards. For instance, if 1000 is the total hashrate, then 100 coins will be issued. This example is slightly inaccurate but gives you a good account of how the proportional block reward works. This way, printing always follows the computing power on the network at any given time. However, with this time of reward, coin issuance could grow too high and inflate JAX coins.

Burning coins, a strategy that permanently removes coins from circulation, can help prevent inflation for cryptocurrency while maintaining its value. However, this feat is questionable on a decentralized network as it increases security threats. Instead, take JAX, the native cryptocurrency of Jax.Network as an example. Jax.Network can only issue JAX coins when the deflationary coins (Bitcoin and JXN coins) are sent to an invalid address. Issuing JAX helps to control their supply which ultimately stops inflation. Why? Because it becomes very costly to print these coins. From an economic point of view, we have internalized the opportunity cost of mining other cryptocurrencies. Miners can now choose what is most profitable.

By destroying the asset coins (BTC and JXN) and mining transactional coins (JAX), the supply of the stablecoins will strictly follow the demand and is therefore entirely market-driven. Profit-oriented miners will naturally follow the law of supply and demand in order to maximize profits and would not print more coins unless it is more profitable to mine JAX instead of BTC and JXN. This means that when the price of JAX rises, miners will increase their hash rate, mint more coins, and distribute them accordingly. The reverse is also true. If there is no demand for JAX coins, miners will just verify transactions on the network and earn transaction fees but will mine only BTC + JXN. Therefore, no new JAX will circulate. Jax.Network just automated the issuance of stablecoins.

This makes JAX, a stablecoin of Jax.Network, superior to existing stablecoins because it maintains decentralization and does not need to be pegged to assets or fiat currencies to maintain its value.

To learn more about JAX.Network, visit their Telegram group or Twitter. Testnet will be launched soon where miners can earn additional rewards.