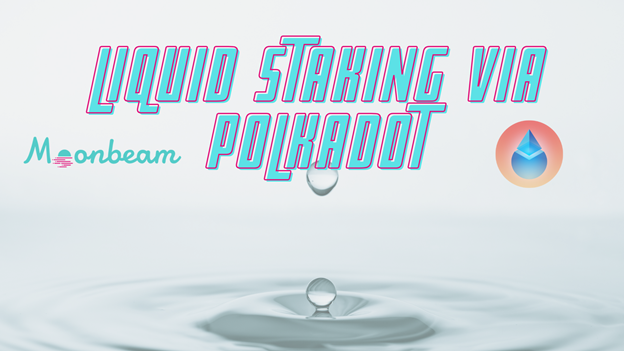 Moonbeam Teams Up with Lido to Offer Liquid Staking via Polkadot

Moonbeam, the Ethereum (ETH) blockchain-compatible smart contract platform developed on Polkadot, announced that it will integrate and work closely with Lido, which claims to be the largest liquid staking derivatives protocol currently live on Ethereum and Terra.

The collaboration between Moonbeam and Lido will be driven by MixBytes, which was selected by the Lido DAO to handle the technical integration for the Polkadot ecosystem. This integration aims to provide liquid staking to Moonriver and Moonbeam. It will offer all DOT holders the chance to stake their digital assets while accessing the liquidity of the staked position.

The Lido deployment offers a key building block for the nascent DeFi ecosystem on Moonbeam, offering a way for crypto token holders to productively leverage their Polkadot ecosystem assets.

Lido to Expand its Staking Services Across Major Protocols

Governed by the Lido DAO, Lido has become one of the biggest and most utilized liquid staking protocols. With its foundations in Ethereum (ETH) staking, Lido intends to expand in order to provide liquid staking via Terra, Solana, and several other protocols.

For their expansion to Polkadot, Lido decided to use Moonbeam to provide the parachain infrastructure and cross-chain integrations since it features Ethereum-compatible smart contract functionality that enables Lido to utilize the best Ethereum tools and code to get to market a lot quicker.

Misha Putyatin, CEO at MixBytes, reveals that after exploring a wide range of potential parachain partners and implementations including creating an independent parachain, they were “deeply impressed by the Moonbeam team and ambitions.”

He added that Moonbeam meets their technical standards with its EVM smart contracts, cross-chain integration capabilities and support of their protocol-level dependencies via their DeFi ecosystem which includes stableswap AMMs, lending and borrowing, and other protocols that Lido requires to succeed.

Lido also offers a key capability for Moonbeam’s DeFi ecosystem. A “major” motivation for teams deploying to Moonbeam is to have the option to “natively” serve DOT as an asset.

By giving DOT token holders access to a parachain-enabled liquid staking derivative, DOT holders need not be forced to choose between staking yield on the Relay Chain and DeFi yield positions via Moonbeam.

Derek Yoo, Founder of Moonbeam, said that liquid staking derivatives are “an essential component to support the growth of the DeFi ecosystem on Moonbeam and Polkadot,”

Derek added that since they first met, they have been quite impressed by the Lido team’s technical know-how, domain knowledge, and the “market traction” of their protocol. He also mentioned that they’re pleased to team up with them to “bring stDOT and other staking derivatives to the Polkadot ecosystem.”

The Lido and Moonbeam development teams are working to provide an initial liquid staking implementation on Moonriver, which is the Kusama-powered sister network of Moonbeam. This integration should serve as an important first use case for the Polkadot-native cross-chain messaging protocol (XCMP).

XCMP may be used to offer access to KSM and relay chain staking capabilities from the Moonriver-enabled EVM environment. Lido is set to launch on Moonriver later in 2021. After it has been able to prove itself on Moonriver, the XCMP-enabled integrations and Lido protocol can be introduced on Moonbeam in order to serve DOT.

About the Moonbeam Network

As a parachain built on the Polkadot network, Moonbeam will take advantage of the shared security of the Polkadot relay chain and integrations with other blockchain networks that are connected with Polkadot.

Currently undergoing development by PureStake, Moonbeam is scheduled to introduce its MainNet by Q3-2021.

Lido is a DAO or distributed autonomous organization that establishes and maintains decentralized liquid staking protocols. Lido currently holds the #8 spot out of various DeFi solutions in terms of total value locked or TVL (at around $5 billion) or roughly 85% market domination on Ethereum which means it’s ranked among the major providers in the liquid staking space.

MixBytes is a team of software engineers, auditing professionals and industry analysts, experienced in working with decentralized systems and blockchain or distributed ledger tech (DLT).